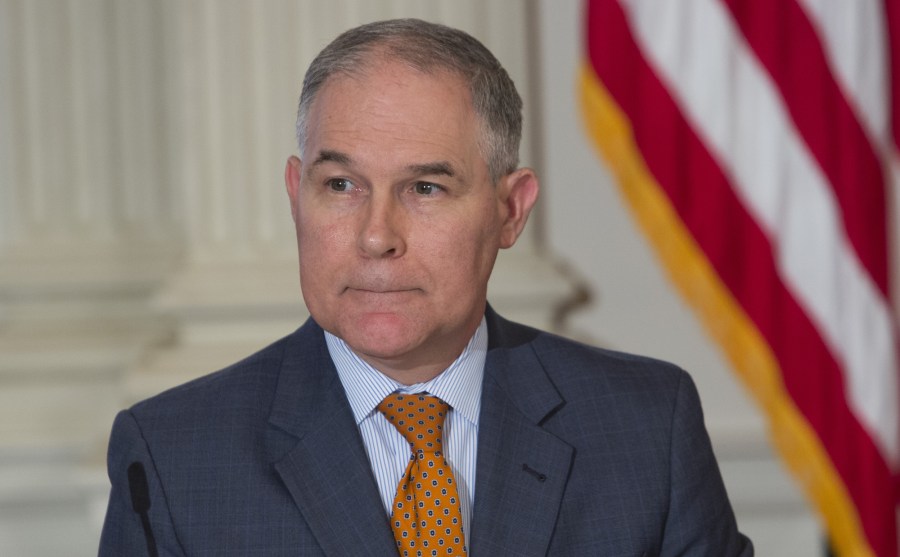 Environmental Protection Agency administrator Scott Pruitt is no stranger to controversy. But as the scandal outcry over his frequent first-class trips grows more intense, even congressional Republicans are starting to ask questions. On Tuesday, House oversight committee Chairman Trey Gowdy (R-S.C.) sent the EPA administrator a letter requesting all documentation related to Pruitt’s work-related flights over the past year, including details about the cost, how many staff and security personnel traveled with him, and any waivers the agency issued that would permit first-class travel.

The information Gowdy requested could help clear up one pressing question—whether the EPA broke any rules when it shelled out money for Pruitt’s costly trips. An EPA spokesperson, Jahan Wilcox, originally told Politico that Pruitt had a “blanket waiver” for the expensive travel, citing concern for Pruitt’s security. But a blanket waiver would violate federal rules that require sign-off for first-class on a case-by-case basis, and the EPA later amended its story to say there was a waiver for each trip. “Clearly, federal regulations would prohibit a blanket waiver to fly first class except to accommodate disabilities or special needs,” wrote Gowdy, who recently announced that he’ll be retiring from Congress at the end of the year.

The documents, which Gowdy wants by March 6, would also shed light on issues such as the actual cost of Pruitt’s first-class flights and the size of the security detail that traveled with him. Unlike other recent administrators, Pruitt is accompanied by security at all times, even inside EPA headquarters. Some of those guards, moreover, reportedly come from the EPA’s enforcement office, which means that if they weren’t busy protecting Pruitt, their job would be to investigate environmental crimes around the country.

As I explained in my recent profile of Pruitt, the price tag for all this travel and security is significant:

Thanks to his habit of tenting his fingers, Pruitt has prompted comparisons to C. Montgomery Burns, the villainous nuclear power plant owner in The Simpsons. And indeed, Pruitt has been almost cartoonishly contemptuous of the EPA’s work, pushing draconian cuts to the agency’s science, climate, regulatory, and enforcement offices. Meanwhile, in just his first year, he has reportedly expanded his around-the-clock security detail at a cost of at least $2 million annually. He spent $25,000 on a secure phone booth inside his office, at least $12,000 for flights around the country between March and May (each of which included a leg in Tulsa), $58,000 on chartered and military flights over the summer, and nearly $40,000 on a trip to Morocco to promote natural gas exports. His frequent first-class trips with his security detail have added more than $200,000 to that tally. He also issued a $120,000 no-bid contract to a Republican opposition research firm to target and track journalists, though the contract was canceled after I exposed it.