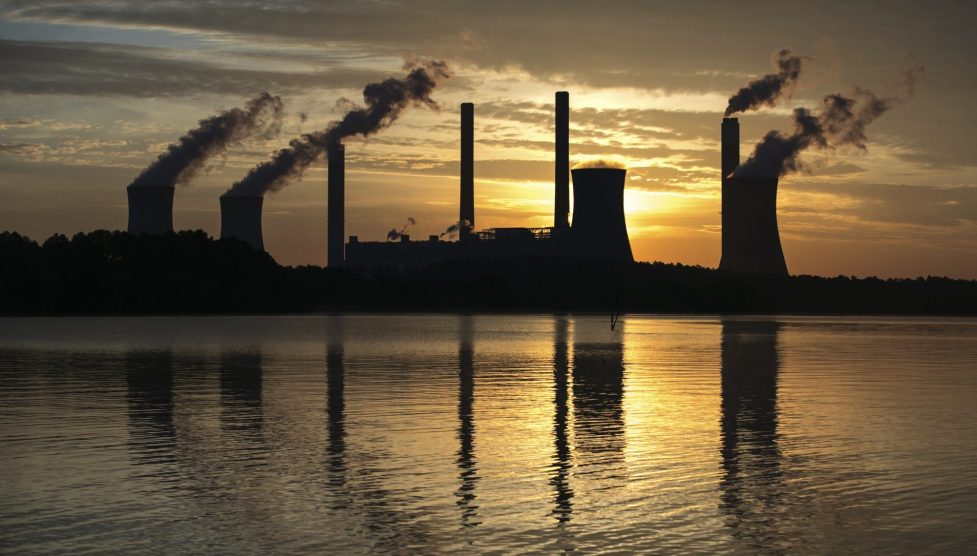 Dozens of angry Californians filed into the San Francisco Public Library on Wednesday for a public comment session on the proposal to repeal a 2015 rule that puts a cap on carbon emissions from power plants and promotes clean energy. The Clean Power Plan was known as the centerpiece of former President Barack Obama’s climate change agenda. The Environmental Protection Agency proposed the rule’s repeal in October.

Reviewing the Clean Power Plan is a part of President Donald Trump’s push for “energy independence,” which has so far consisted of pursuing deregulations for the fossil fuel industry, a sector that EPA Administrator Scott Pruitt is also known to have been cozy with for years according to my colleague Rebecca Leber’s investigation.

The EPA had originally scheduled just one hearing for public comment on the repeal, to take place in West Virginia, the second largest coal producer in the nation. But after “overwhelming” outcry, the agency scheduled three more hearings in Kansas City, Mo., Gillette, Wyo., and San Francisco, Calif. during the public comment period, which ends on April 26.

A 2014 EPA fact sheet (which has since been archived by the new administration) found that the Clean Power Plan would prevent up to 6,600 premature deaths and 150,000 asthma attacks in children in 2030. The health benefits of the environmental policy were echoed in most of the speakers’ comments in the first-half of the morning listening sessions. Residents highlighted how proud they were of their state for adopting clean energy policies that have also created jobs (California had the most solar energy jobs of all US states in 2016).

“As a physician, I see firsthand how environmental injustice contributes to health disparities,” said one attendee at Wednesday’s comment session.

“California, along with a number of local jurisdictions in our state, have taken very seriously the need to transition away from coal and other fossil fuels to cleaner sources of energy,” Oakland City Councilmember Dan Kalb said standing in an auditorium before three EPA officials seated onstage. He pointed to a 2015 Harvard study which found that the policy would prevent thousands of premature deaths and hospitalizations each year.

“American innovation can solve the challenge of reducing carbon pollution that results in climate change that threatens our health and stifles our economy,” Berkeley City Councilman Ben Bartlett said.

John Balmes, a doctor and professor of medicine at UC-Berkeley, spoke on behalf of the American Thoracic Society, a group of more than 16,000 physicians and healthcare professionals. He called out EPA administrator Scott Pruitt for claiming last March that carbon dioxide is not a primary contributor to global warming: “To remove all mention of climate change on the EPA website does not make climate change go away.” He also pointed out that minorities stand to lose the most from a repeal. “Who is most affected by pollution from fossil-fuel-burning power plants? Poor people of color. As a physician, I see firsthand how environmental injustice contributes to health disparities.”