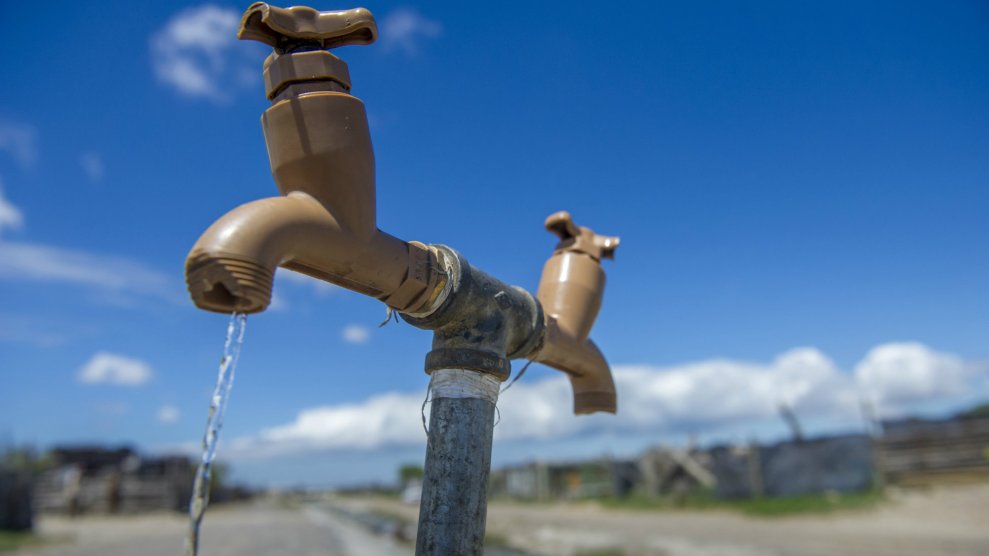 On Wednesday, officials in Cape Town, South Africa, which is in the midst of a water crisis caused by a three-year drought, finally delivered some good news to residents: Day Zero, the day the city’s reservoirs fall bellow 13.5 percent and residential taps would be turned off, may not come this year after all.

The city’s Executive Deputy Mayor Ian Neilson says that Day Zero has been pushed to August 27—which is well into rainy season, when city officials hope enough rain can fill up the six Cape Town reservoirs. “Provided we continue our current water savings efforts, Day Zero can be avoided completely this year,” Neilson said in a statement.

For the last several months, the city of 4 million people has been living with severe water restrictions. As of February 1, each person is only allowed to use 50 liters, or roughly 13 gallons, per day. By comparison, the average American uses between 80 to 100 gallons. Cape Town residents have been taking two minute showers, using hand sanitizer instead of water and soap, and using recycled gray water to flush toilets.

Earlier this year, city officials estimated that Day Zero would occur on April 22. At that point, the city planned on setting up water checkpoints, where each resident could collect water for daily use. Many residents were left wondering if there would be enough checkpoints and how the sick and elderly would get their daily water.

The city still isn’t in the clear yet. “If winter rainfall this year is as low as last year, or even lower, ” Neilson said “we are still in danger of reaching Day Zero early next year.”