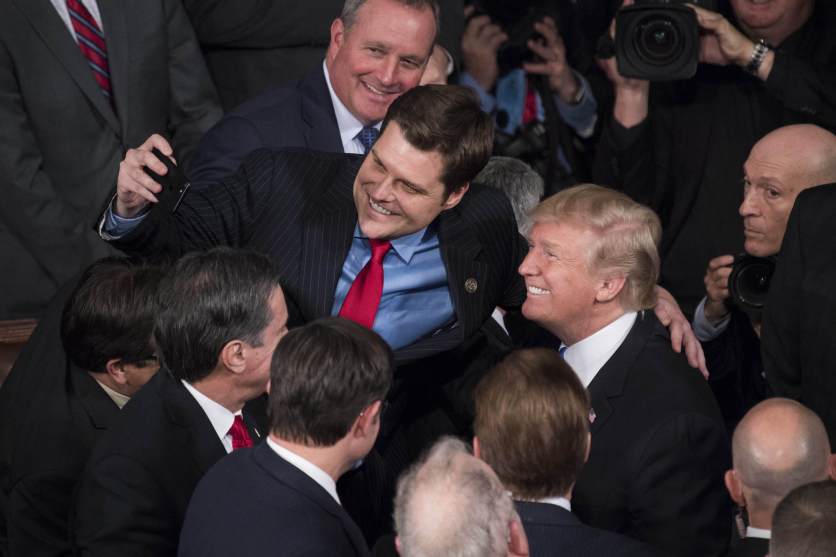 Hurricane Michael has torn through the Florida Panhandle with 155 miles per hour winds, leaving hundreds of thousands of people to deal with the wreckage of their flooded homes, towns, and beaches.

With storm surges as high as 14 feet, it is one of the most powerful storm to have ever hit not only Florida, but the continental United States. Climate change is helping to fuel stronger and wetter hurricanes, as the warmer air can hold more moisture. Over the decades, worsening sea level rise will mean storm surges are several feet higher than anyone has seen. It’s almost as if the storm was ripped from the deadly future laid out in the United Nations’ Intergovernmental Panel on Climate Change report out this week.

The Sunshine State has the rare distinction of being ground zero for Republican politicians who reject climate change, while also representing a place that faces some of the most severe threats from it. With roughly 1,200 miles of coastline, Florida is already in a daily battle with regular flooding at high tide as sea levels rise.

Take Matt Gaetz, a freshman Republican, represents the reliably Republican 1st congressional just west of where Michael made landfall in the Florida Panhandle.  In many ways, he embodies the contradictions of Florida politics regarding climate change, where some Florida Republicans are ready to talk about climate change, while others equivocate on the clear science.

On paper, Gaetz might seem to take climate change seriously. Recently, he did connect sea-level rise to climate change in a way most Republicans aren’t known to do, telling the The Gainesville Sun, “I see sea level rise as a consequence of climate change.” He acknowledged that while he didn’t agree with some views from either party “about the strategy to combat the problem, but I certainly can acknowledge that the earth is warming and humans make some contribution to that warming.”

But then there’s his actual record. As with fellow Floridians Governor Rick Scott and Senator Marco Rubio, who tend to make excuses for not dealing substantively with the drastic effects of climate change in their state, there’s not much policy to back Gaetz’s words. For instance, he proposed a one-sentence bill abolishing the Environmental Protection Agency last year and has not backed a bill by his GOP colleague Carlos Curbelo of Miami for a carbon tax.

Here’s what else is behind that record:

Matt Gaetz, a freshman congressman from Florida, would like to abolish the Environmental Protection Agency. Known for attacking the FBI’s Russia probe and inviting a Holocaust denier to the State of the Union, the House Republican earlier last year introduced a one-sentence bill to terminate the EPA. He’s also heralded Trump’s “strong leadership” for the withdrawal of the US from the Paris climate agreement. So it came as a surprise in November when the House Climate Solutions Caucus welcomed him as a member.

Gaetz may have said two years ago that global warming could also be naturally caused, but when asked recently about his views, he explained, “I think history will judge very harshly those who are climate deniers.” Yet even now, having admitted humans play a significant role in climate change, he stops short of backing action that science shows is needed to contain the process. And that includes policies favored by some Republicans, like a revenue-neutral tax on carbon pollution, which he says “will merely export our pollution to other countries.”

While Gaetz gets credit for joining the symbolic Climate Solutions Caucus, the environmental group League of Conservation Voters has given him an abysmal 6 percent voting score on the environment.

In the end, his performance around Hurricane Michael illustrates shows where his greatest loyalties lie. Sandwiched between his praise for and from the president, the congressman has continued to tweet about the disaster affecting some 700,000 thousand constituents. In one of his first tweets after Michael struck, he retweeted the president: