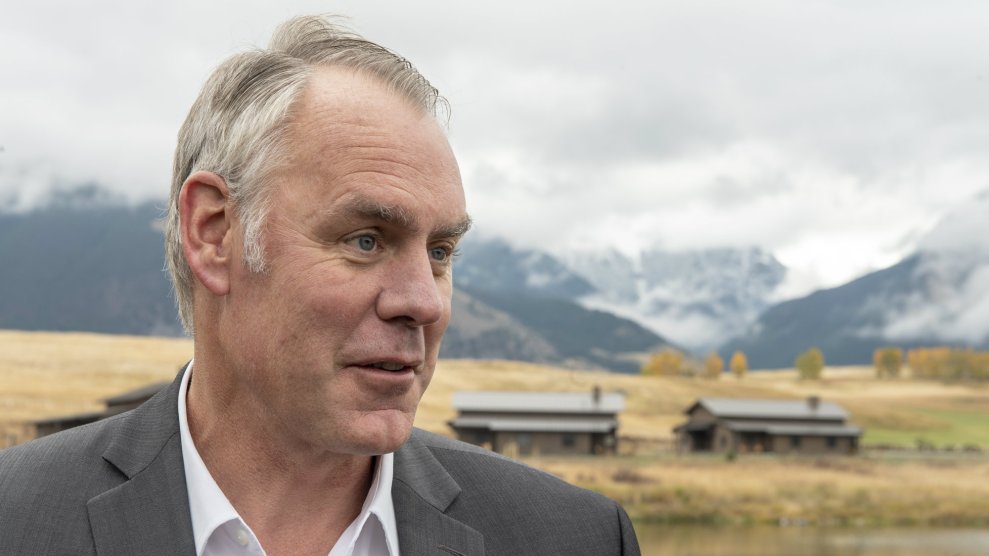 Interior Secretary Ryan Zinke, who is departing January 2 amid multiple ethics investigations, leaves a legacy of widespread attacks on science. Zinke was in charge of balancing the protection of national parks, endangered species, waterways, and other resources with public uses on 500 million acres of public land.

Threats to ancient treasures and birds

Under Zinke, BLM put countless archaeological sites at risk by auctioning off oil and gas leases in southeast Utah. Zinke expedited lease sales to oil companies that encompassed tens of thousands of acres near two national monuments in Utah.

Also, by crafting a new legal opinion, the Interior Department’s solicitor’s office erased a policy that had been used by Republicans and Democrats since the Nixon administration to protect migratory birds. Zinke’s top lawyer declared that it’s no longer illegal for companies to accidentally kill birds with oil wastewater ponds, wind turbines, and other industrial practices.

Every mention of the human role in causing climate change was removed from a draft of a major National Park Service scientific report on sea-level rise and storm surge. The references were reinserted after Reveal exposed the attempted censorship. But the data and an interactive website that was supposed to be made public still have been blocked from release.

Many of Zinke’s attacks on science benefit fossil fuel industries. But real estate developers and mining companies are reaping benefits, too. For instance, with Zinke in charge, the US Fish and Wildlife Service reversed itself and retracted concerns about a city-sized housing project in Arizona that scientists say could turn the Southwest’s last free-flowing major river into an intermittent stream.

Columbia University Law School’s Silencing Science Tracker lists 34 examples of science being censored, defunded, or hindered under Zinke. US Geological Survey scientists who want to attend scientific conferences were required to demonstrate how their research relates to Zinke’s 10 priorities, according to guidelines first reported by the Washington Post.

Zinke also put a high school football buddy with no scientific expertise in charge of reviewing proposals for scientific grants at the Interior Department. This review, managed by Steve Howke, created a bottleneck that slowed the funding of research, according to the Guardian.

In his last weeks in office, Zinke misinformed the public about a major report on climate change impacts, the National Climate Assessment, which was released in late November. In a television interview, Zinke erroneously asserted that the report was slanted.

“It appears they took the worst-case scenarios and they built predictions upon that,” he said.

The report was compiled by hundreds of scientists and 13 federal agencies and considered a wide range of scenarios.

“I wrote the climate scenarios chapter myself so I can confirm it considers ALL scenarios,” Katharine Hayhoe, an atmospheric scientist and professor of political science at Texas Tech University, tweeted.