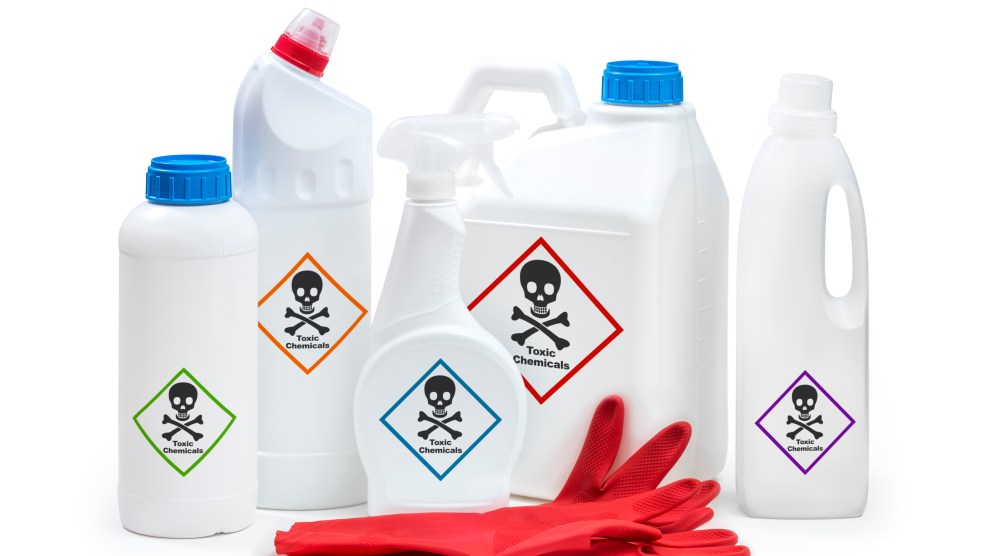 About a dozen retailers have pledged to stop selling paint removal products that can kill their customers, but formal restrictions promised by a federal agency have yet to materialize.

The US Environmental Protection Agency said in May it would “shortly” finish its proposed rule about certain widely available paint strippers—those containing a chemical called methylene chloride—and send it to the White House office that must sign off before a new regulation is enacted.

Now, seven months later, the EPA won’t say when it anticipates taking that step or if it is still contemplating a ban on retail sales. The agency would only say it is “currently evaluating the proposal…to determine the appropriate regulation.”

Since a ban was first proposed on methylene chloride paint removers in January 2017, at least four people have died using the products to strip paint or other coatings. In enclosed areas such as bathrooms, the fumes build up, putting workers and consumers at risk of death by asphyxiation. The chemical can also trigger heart attacks.

For Hartley, 21, death came while stripping a bathtub in Tennessee to refinish it.

A 2015 investigation by the Center for Public Integrity, cited by the EPA in its proposed rule, found at least 56 deaths in the United States since 1980 linked to methylene chloride.

“This should be an easy decision,” said Liz Hitchcock, director of Safer Chemicals, Healthy Families, an advocacy group that has called on the EPA and retailers to act. “People died using the product, and we know that there are alternatives…Why not take it off the market?”

Paint strippers with the chemical are easy to buy, but that’s changing. Pressed by relatives of men who died in 2017 and 2018, major chains—including Lowe’s, The Home Depot, Walmart, and Amazon—say they will phase out sales of these products, in many cases by the end of this year. The retailers also promised to stop selling paint removers with an ingredient, often known as NMP, that research suggests could reduce fertility and endanger unborn children.

Still, some businesses, including a few large hardware store chains, aren’t taking the methylene chloride products off the shelves. That’s motivated families of three recent victims—Kevin Hartley, Drew Wynne, and Joshua Atkins—to continue pressing the EPA to enact a ban. The mothers of Hartley and Atkins, along with advocacy groups, notified the EPA in October that they intend to sue the agency.

“Further delay will unnecessarily leave users of paint removal products at serious risk and could result in additional deaths,” they wrote in their notice.

For Hartley, 21, death came while stripping a bathtub in Tennessee to refinish it. Wynne, 31, was removing paint from the walk-in freezer in his South Carolina cold-brew coffee business. Atkins, 31, was refinishing part of his bicycle at the Pennsylvania home of his mother, whom he was visiting.

The EPA proposed the ban in the final days of the Obama administration, before any of the three men died. The Trump administration indicated as recently as last spring that it intended to sit on the rule indefinitely—amid broader efforts to gut regulations—but pressure from grieving relatives and members of Congress this year seemed to change officials’ minds. In May, the EPA announced its plans to finalize the rule.

Brian Wynne, one of Drew Wynne’s brothers, said he’s hopeful the agency will ultimately follow through. He spoke last week to Mick Mulvaney, director of the Office of Management and Budget, which must review any paint remover rule before it is enacted. Wynne got off the call with the impression the EPA might forward the rule there before the end of the year.   One reason: President Donald Trump has said he will nominate the EPA’s acting administrator, Andrew Wheeler, to run the agency on a permanent basis. That means a nomination hearing—presumably soon—before the Senate Committee on Environment and Public Works. Wheeler faced pointed questions from that committee about the status of the rule at a hearing in August, as did another EPA official at a nomination hearing in November.

Multiple members of Congress have called for the EPA to act, including Republican Sens. Lindsey Graham and Tim Scott, both of South Carolina.

Chemical manufacturers, pressing the EPA not to restrict sales, have said nothing works as well as fast-acting methylene chloride, also known as dichloromethane. Some of those companies later introduced alternative products as the voluntary phase-outs by retailers began to mount. Wynne said the speed those new products hit the shelves suggests there was no reason to expose customers—including his brother—to methylene chloride.

“It just makes what happened to these young men all the more tragic,” said Wynne, who lives in North Carolina.

Some products, meanwhile, took out methylene chloride—which, in addition to its other health risks, is considered a likely cancer-causing agent—only to put in toluene and methanol, both linked to birth defects.

Some newly released alternatives pose different hazards. They’re flammable—that was one of the arguments that industry groups made in favor of methylene chloride, which is not (though it is frequently mixed with flammable solvents in paint strippers).

Some products, meanwhile, took out methylene chloride—which, in addition to its other health risks, is considered a likely cancer-causing agent—only to put in toluene and methanol, both linked to birth defects. A 2015 report on ingredients that could be used in place of methylene chloride, released by a safer-chemical organization called BizNGO, classified toluene and methanol as “high concern” and important to avoid.

A new formulation that avoids those chemicals was developed by the Toxics Use Reduction Institute, a state agency located at the University of Massachusetts-Lowell. The institute launched a project in 2015 to develop a safer paint stripper that would work as effectively. Older methylene chloride alternatives on the market are slower to cut through coatings. The BizNGO report called two solvents the institute ultimately used to lower risk on par with safer alternatives to methylene chloride.   Greg Morose, research manager at the Toxics Use Reduction Institute, said the paint stripper his team created did not catch fire in flammability tests because the formulation tamps down on vapor evaporation.

A Canadian company has begun manufacturing the institute’s formulation under the name “Super Remover New Generation,” but so far only Canadian retailers have opted to carry it.   “I hope we’ll be in the US eventually,” said Sébastien Plourde, president of Super Remover, which is phasing out its methylene chloride paint strippers.

There’s a long history of regrettable substitution in the United States—one dangerous chemical swapped for another. An EPA ban, if it comes, won’t address that.

But starting January 1, California will require that firms selling paint strippers with methylene chloride in the state investigate alternatives. If the new options are problematic, California’s Department of Toxic Substances Control can require the companies to keep looking.

That step is “the way to make sure we don’t get in trouble on the back end,” said Meredith Williams, who heads the agency’s Safer Consumer Products program.