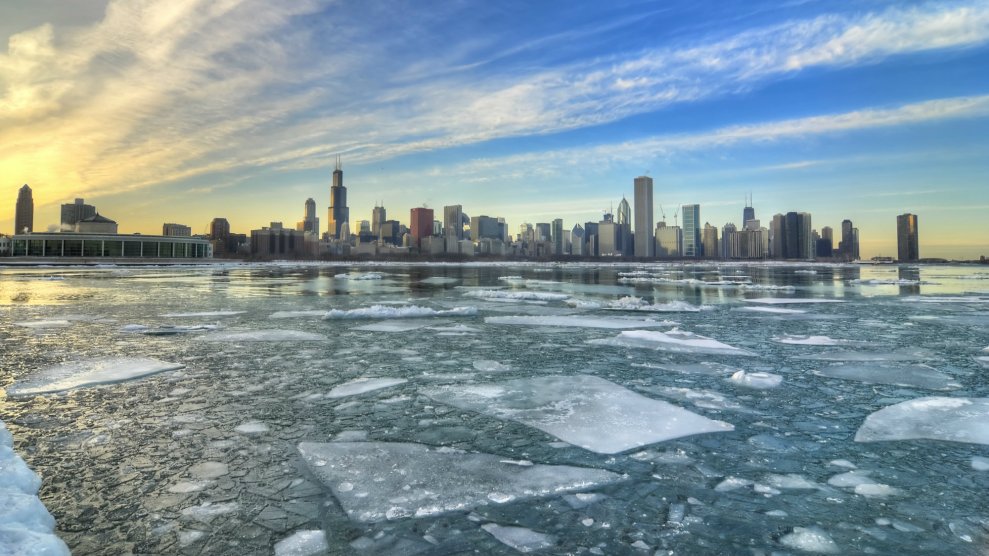 Temperatures in Chicago are expected to plunge 20 degrees below zero.chrip0/Getty Images

A deadly cold snap is hitting the Midwest, plunging roughly 200 million people into one of the most frigid weeks on record. Parts of Iowa, Minnesota, and Illinois will see temperatures plunge up to 50 degrees below normal, raising fears of frostbite and hypothermia for any residents venturing outdoors.

The drastic cooling event, which forecasters have dubbed “Barney” because of its rash of purple color in weather models, stems from “a sudden and drastic warming of the air in the stratosphere, some 100,000 feet above the Arctic,” Axios reported. An area of the polar vortex, which encompasses the cold air around the North Pole, broke off, with the bulk of its impact hitting the Midwest.

Chicago, where temperatures can reach as low as minus 23 degrees by Tuesday night, will be one of the cities most directly threatened by the historic event. In the Windy City, temperatures have never sunk below minus 27 degrees, the Chicago Tribune reported this week. “There’s no other way to put it than that this will truly be dangerous/life-threatening cold,” the National Weather Service outpost there tweeted Sunday.

The Weather Service warned that between Tuesday and Thursday, Chicago could endure subzero temperatures for 60 straight hours, the only time that has happened since February 1996. The city’s homeless could be at an increased risk of cold exposure. “The entirety of Minnesota and Wisconsin and much of northern Illinois is expected to remain below zero for all of Wednesday,” the Washington Post reported.

Extreme weather events have become increasingly common in recent months as the effects of worsening global warming continue to manifest—from record cold temperatures this week to a torrid heat wave last year—even though there remains some scientific debate on how global warming affects a shifting polar vortex.

“If you think of climate change as a kind of disorder the planet has, one of the greatest symptoms is increasing extreme weather events,” meteorologist Nick Humphrey told Mother Jones this summer. “Prior to human-induced global warming, climate changes were relatively slow over the course of hundreds to thousands of years.”

Listen to the recent Mother Jones Podcast episode that takes a look at renewed climate activism in Washington D.C., as freshman Democrats ratchet up pressure on party leaders by advocating policies like the Green New Deal: