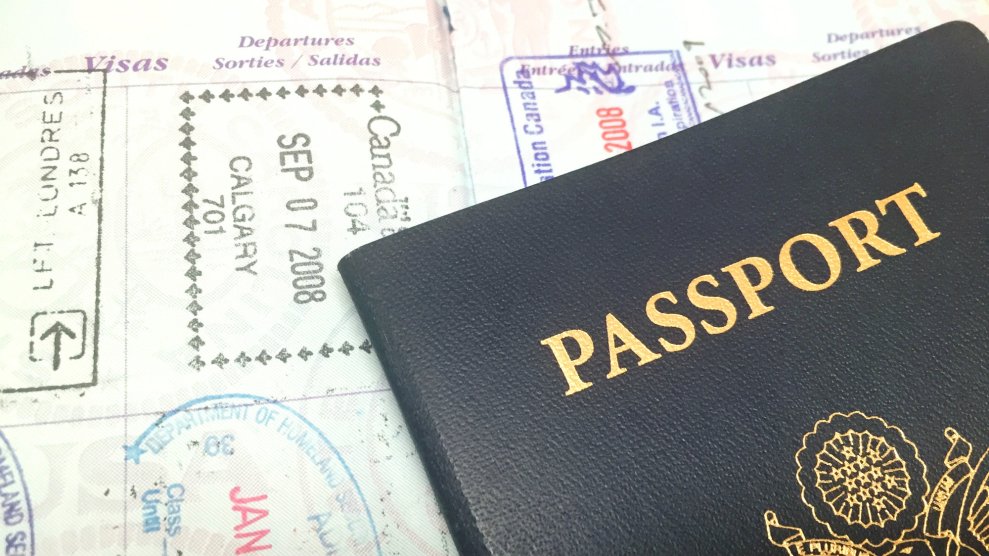 In 2017, five Democratic senators—including Sheldon Whitehouse, Dianne Feinstein, and Elizabeth Warren—asked the US Government Accountability Office (GAO) to conduct a review of how federal agencies were addressing climate change as a “potential driver of global migration.” The nonpartisan “congressional watchdog,” studied executive and federal activities between 2014 and 2018.

The GAO report, which was released on Thursday, adds to the bleak picture of federal climate action under the current administration. It shows that while the Department of State, the US Agency for International Development (USAID), and the Department of Defense began to look into the nexus of climate change and migration while Obama was in office, much of that work has been undone by President Trump and his appointees.

The fact that climate connections have languished in several federal agencies over the past two years is not that surprising—President Trump has systematically dismantled much of Obama’s climate legacy. But the report itself is having some unexpected consequences in certain parts of the federal government.

As a result of its inquiry into federal actions on climate change and migration, the GAO issued a recommendation to the US State Department: it should provide its missions with guidance on how to assess risks posed by climate change. That’s something the department started to do after Obama issued an executive order on Climate-Resilient International Development in 2014. In response, according to the GAO, the State Department agreed to that recommendation this year—but added that the agency will consider asking President Trump to scrap Obama’s order.

“This is unprecedented within my experience that the agency would on the one hand essentially acknowledge and agree to the recommendation, but on the other hand begin working to consider whether to rescind the underlying executive action.”

“This is unprecedented within my experience that the agency would on the one hand essentially acknowledge and agree to the recommendation, but on the other hand begin working to consider whether to rescind the underlying executive action,” David Gootnick, director of international affairs and trade at the GAO, told Grist.

When the State Department develops its strategy for US priorities in each country without including guidance on how to conduct climate change risk assessments, it misses out on opportunities to identify and address the potential impact global warming may have on migration, the GAO wrote. The department did not immediately provide comment, citing limited capacity due to the ongoing partial government shutdown.

The GAO report highlighted research on the global fallout of a warming climate, which it said raises “both humanitarian and national security concerns for the US government.” Scientists have increasingly been able to attribute the growing severity of disasters like hurricanes and floods to climate change. Extreme weather events can often displace entire communities, and push people to move in order to rebuild their lives. Slow changes over time, like prolonged droughts and sea-level rise driven by higher average global temperatures, can also destroy livelihoods and factor into people’s decisions to migrate.

Although the study notes that it’s difficult to quantify how much of a role climate change plays directly or indirectly on global migration trends, it did point to instances when federal agencies had made that connection in the past. In 2014, the Department of State wrote in its adaptation plan that climate change was a potential driver for migration and could affect the department’s peace-keeping efforts. That year, the Department of Defense stated in its adaptation roadmap that climate change was a “threat multiplier” that could threaten national security through migration. Also in 2014, USAID, which spearheads the nation’s international development efforts, identified climate-related events like flooding as a driver of migration and a risk to its aid programming.

“Those kinds of working groups are important for the US government to bring its collective resources to bear and be able to be a partner with other bilateral and multilateral fora,” said Gootnick.

The GAO report also noted how the Trump administration has slashed funding for climate initiatives. And on top of vowing to pull out of the Paris Agreement on climate change, the Trump administration also said that it would pull out of negotiations on the UN Global Compact for Migration, which is shaping up to be one of the first intergovernmental agreements to tackle climate-driven migration.

In an email to Grist, Senator Sheldon Whitehouse, who commissioned the GAO report, wrote, “President Trump’s immigration obsession has a serious blind spot: the role of climate change in driving people to flee their homes.”