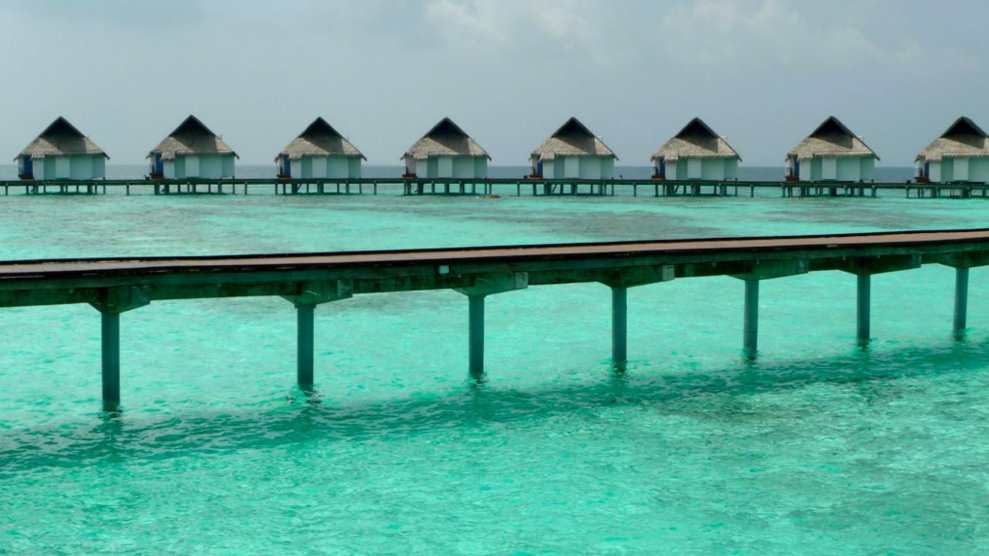 The water was found inside a sediment core from the Maldives archipelago.KASHMUT/CC BY-ND 2.0

This story was originally published by Atlas Obscura and is shared here as part of the Climate Desk collaboration.

You may have heard that 20,000 years ago, our planet was experiencing an ice age that froze much of its surface and, in tandem, shrunk many of its bodies of water. Scientists studying the period’s seas have historically been limited to looking at things such as fossilized coral, or sediment cores found on the seafloor—useful, but ultimately circumstantial evidence of the Last Glacial Maximum’s marine environment.

Finally, Live Science reports, a team of researchers will go straight to the source after discovering what appears to be 20,000-year-old water inside a sediment core from the Maldives archipelago, in the Indian Ocean. They will publish their findings in a forthcoming issue of the journal Geochimica et Cosmochimica Acta.

The scientists were in the Maldives not to study the Last Glacial Maximum (LGM), but the relationship between regional monsoons and the formation of sediments. Using their research ship’s specially outfitted drill, the team extracted cores from limestone deposits hidden beneath the seafloor and then dried them out with a hydraulic press. The water that soaked out of these cores was noticeably saltier than anything you’d expect to find in seawater, and the researchers were compelled to ask why. “That was the first indication we had something unusual on our hands,” said the lead author Clara Blättler, a geophysicist at the University of Chicago, in a statement.

Further tests of the water’s chemical composition only provided more evidence that this was not contemporary seawater: It was not only saltier, but also colder and more chlorinated—all features consistent with hypotheses regarding water quality during the LGM, according to Live Science. “[F]rom all indications,” said Blättler, “it looks pretty clear we now have an actual piece of this 20,000-year-old ocean.”

The finding is more than just a lucky coup for Blättler and her colleagues, who, based on their tests, would be the very first to recover water from the LGM. First, it may inspire other teams to use similar techniques to seek out ancient water stored in other environments and further expand the dataset. Moreover, gathering that data is directly related to the study of climate changes past, present, and future. Understanding, for example, how salinity and circulation interacted in the past can better inform researchers’ projections of how those patterns will interact in the future. “Any model you build of the climate,” said Blättler, “has to be able to accurately predict the past.”