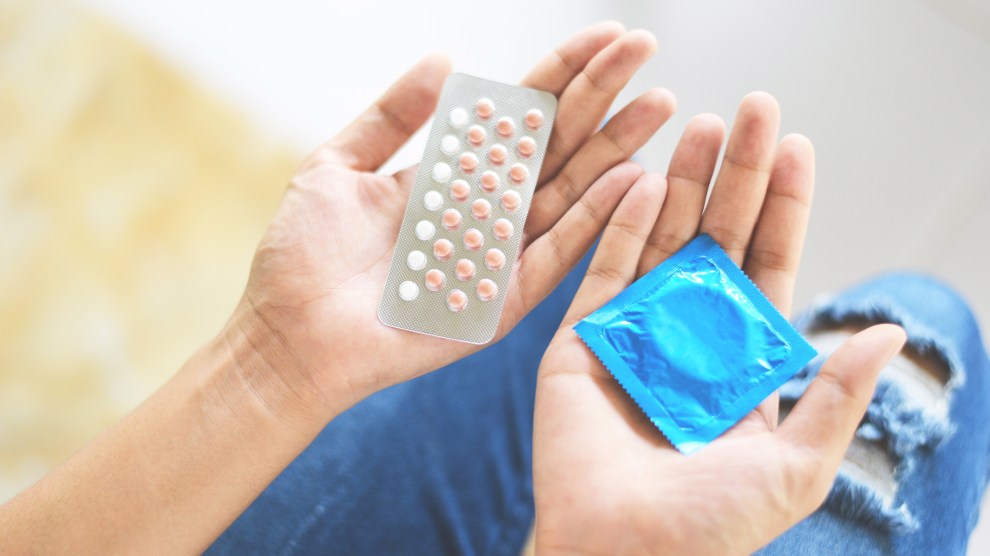 Overpopulation is a major contributor to climate change, but according to new research, a solution is lying in plain sight: increased access to effective contraceptives.

“Global climate change represents a grave threat to the future of human welfare and our natural environment,” write doctors John Bongaarts and Régine Sitruk-Ware of the Population Council in New York in an article published Tuesday in BMJ Sexual & Reproductive Health. “The contentious ongoing policy debate about potential interventions focuses on switching to renewable energy sources and increasing energy use efficiency. But given the urgency of the problem and the lack of political will, other approaches to limit greenhouse gas emissions should be given higher priority. Improving access to effective contraception is one such policy that has thus far been largely ignored by the international climate community.

The authors claim that improved access to contraception could slow population growth and thereby reduce long-term greenhouse gas emissions globally by 40 percent or more. Bongaarts and Sitruk-Ware write that many married women—more than half in some countries—who do not wish to become pregnant still fail to use contraception due to barriers to access, high costs, and social stigma. Consequently, there are about 99 million unintended pregnancies worldwide each year. By 2100, Earth’s population is expected to reach 10.9 billion people. (The current population is about 7.7 billion.)

As Paul Ehrlich, author of The Population Bomb, told Mother Jones in 2010, “overpopulation, combined with overconsumption, is the elephant in the room” in climate discussions. “We don’t talk about overpopulation because of real fears from the past—of racism, eugenics, colonialism, forced sterilization, forced family planning, plus the fears from some of contraception, abortion, and sex. We don’t really talk about overconsumption because of ignorance about the economics of overpopulation and the true ecological limits of Earth.”

Bongaarts and Sitruk-Ware recommend that governments worldwide increase access to contraceptives by investing in family planning programs. They also encourage the research and development of new forms of contraception, and they suggest combatting social opposition to birth control through media campaigns.

“Wider distribution of contraceptives already on the market through greater investment in voluntary but underfunded family planning programmes is sufficient to raise contraceptive use substantially,” they write. “This in turn would have a profound positive impact on human welfare, the climate and the environment.”