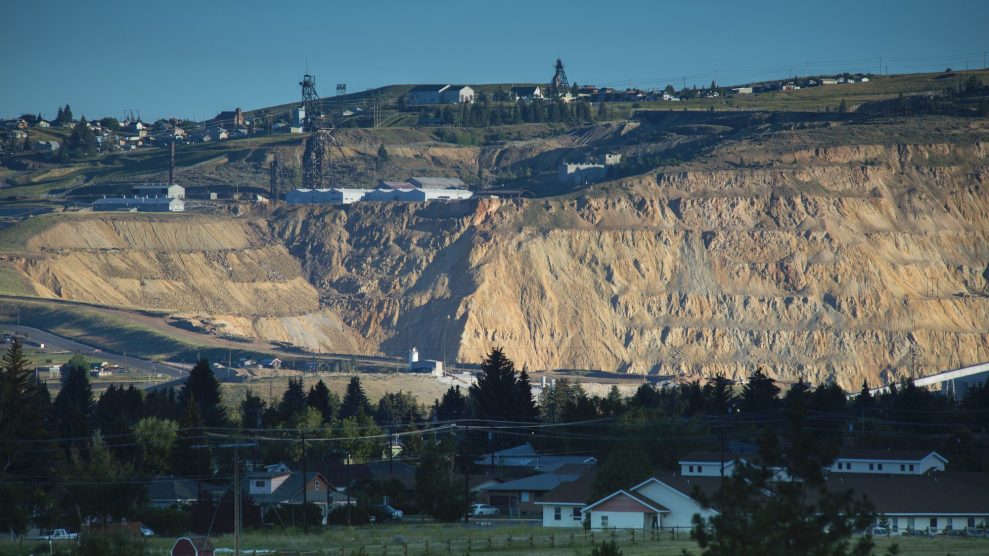 O’Brien Creek is situated about four miles west of Missoula, Montana. Flowing alongside country roads, it meanders past neighborhoods on its journey to the Bitterroot River, a tributary of the Clark Fork. But years of drought, decreased snowpack and water siphoned off for crops, livestock and lawns have led to dangerously low flows by late summer. To protect the stream and its native west slope cutthroat trout and bull trout, the Clark Fork Coalition, a watershed-wide nonprofit, bought the majority of the creek’s senior water rights in 2014. This permits the organization to stop upstream homeowners from using too much water.

But that might be easier said than done. A few summers ago, Jed Whiteley, the organization’s project manager and monitoring coordinator, contacted every homeowner on the formerly agricultural land and told them they had to stop using large amounts of water by mid-July. The homeowners were shocked. “Nobody had made a call on the senior water right in a while,” said Whiteley. “They got used to not getting called on, and all of a sudden, we’re shutting them down.”

And such calls may soon become more common. Montana’s population has risen by 7.4 percent since 2010, and ranch lands across the state are being subdivided. But when land is divided, so are the water rights, creating an increasingly fractured landscape. For senior water-right holders like the Clark Fork Coalition, this makes protecting a valuable resource even more challenging.

The Clark Fork River’s 14 million-acre watershed stretches from the city of Butte in southwestern Montana all the way to Lake Pend Oreille in North Idaho. Once it was dotted with farms and ranches, but in recent decades, tens of thousands of new houses have been built in the region. From 1990 to 2016, over 1.3 million acres of undeveloped land in Montana was converted into housing, according to a 2018 report by Headwaters Economics. The demographic landscape is changing as well: Several western Montana counties are attracting younger people and new residents from across the country.

All this population growth is making water management more complicated. Montana practices the “first in time, first in right” rule common among Western states, meaning that the first person to use a water source has senior rights over newer users. Senior water-right holders are responsible for enforcing their own water rights; when less water is available, they have to call upstream junior users and ask them to turn off their water. But where there used to be one rancher to call there may now be an entire subdivision with 20 homeowners in it. A senior user now must speak to multiple property owners, many of whom may not understand the limits of their water rights. “It’s making an already complicated system more complicated,” said Andrew Gorder, the legal director at the Clark Fork Coalition.

Furthermore, many homes in subdivisions depend on “permit-exempt wells” for domestic use. Because these “exempt” wells are largely immune from regulatory oversight, it’s not necessarily clear whether they’re taking the amount of water they’re permitted to, said Michelle Bryan, a professor at the University of Montana, Missoula’s law school. That makes it harder for senior users to prove they aren’t getting the water they deserve. “It puts the burden of proof on the injured water-rights holder,” Bryan said.

To make this task easier at O’Brien Creek, the Clark Fork Coalition installed a satellite telemetry station with sensors that can provide water-level data to people at a distance. “Using the telemetry station has helped keep everybody in compliance,” Whiteley said. “It’s raising awareness of people who live on the creek.” And it’s working: Since the coalition bought its water rights, the tributary no longer goes completely dry during the hot summer months.

However, this awareness may be limited. In 2011, Barbara Chenoweth moved from Missoula to O’Brien Creek Meadows, a quiet subdivision of around 30 houses downstream from the neighborhood Whiteley had to call. “We absolutely love it,” said Chenoweth. “It’s private and out of town.” Still, when it comes to water, she notes that her neighbors don’t seem overly concerned. “It never feels like we’re losing a bunch of water,” she said, “but the river flows are obviously affected.”

This worries Whiteley. “Many people don’t understand the intensity of what’s going on,” he said. “Especially in more urban areas, most people don’t know that things are going dry.” For Whiteley, it’s a familiar problem: His hometown of Sonoma, California has expanded drastically since he was a kid. Now, he’s seeing some of the same changes hitting Montana. “We’re right on the tip of the iceberg,” he said. “I don’t think anyone can really see what is going to happen to Montana in the next 20 years.”