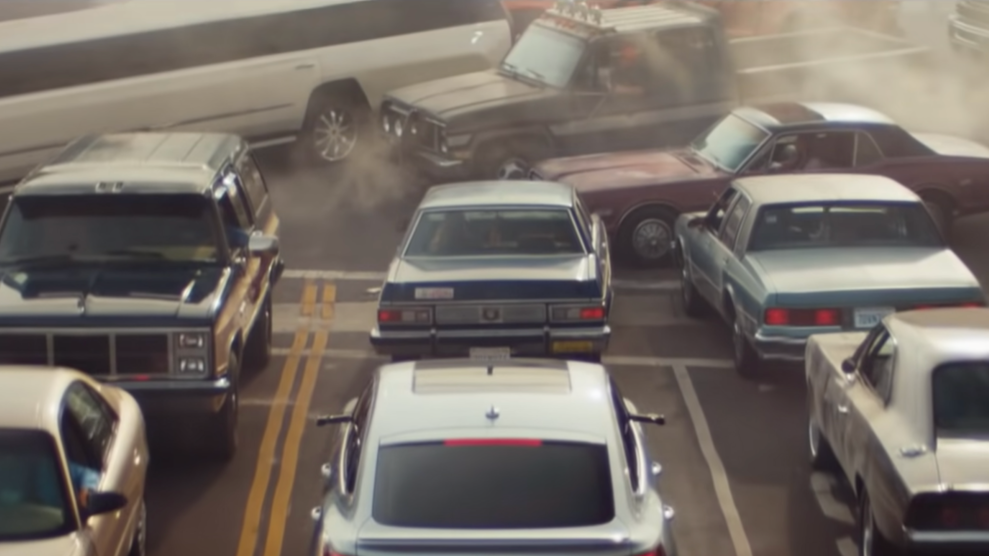 A decade after it emerged from the Great Recession’s bloodletting, the auto industry is once again booming and profitable, but it faces an uncertain future. Even in a flush economy, Americans are buying fewer cars per person every year (and fewer than they did in 2000), and auto dealers make their profits less on sales volume than on getting Americans to sign onto ruinous loan terms. Teenagers are significantly less likely to have a driver’s license than they were 20 years ago. While most Americans still live in car-mandatory suburban sprawl, there’s a growing preference for living in dense walkable cities. Meanwhile, electric vehicle upstart Tesla has become the world’s second-most valuable auto manufacturer, leaving Detroit’s GM and Ford in the dust and scrambling to prioritize their own electric offerings.

The unease and uncertainty of the car industry were inscribed in the commercials that aired during Sunday’s Super Bowl. This is advertising’s biggest night, typically a time of automaker triumphalism and booming anti-urbanist propaganda, but the advertisements this year showed an industry caught between a gas-guzzling present and an inevitable electric-vehicle future, not knowing whether to sell its newest cars as an escape from America’s automobile obsession or a tribute to it.

The most direct statement in opposition was offered by Audi’s “Let It Go,” starring Game of Thrones’ Maisie Williams. The commercial posits Audi’s all-electric e-tron as a cure for car culture itself. Williams pulls up to a city intersection clogged with dusty 1980s beaters.  “Today’s high temperature is 8 degrees above normal,” her radio informs us, followed by what sounds like the beginning of a news item about climate change, whereupon Williams launches into the big number from Frozen about letting things go, escaping through a forest of unattractive car-culture totems: bouncing low-riders, grease-monkey car mechanics, tire-shop tube men, and macho muscle cars. Audi wants you to know that it recognizes all of the ugly and toxic things about American car culture and its effects on the planet, and as a solution it offers its e-tron, as clean and doughty as a Disney princess.

Hyundai, too, seems keenly aware of the growing consumer preference for dense cities with its celebrity-studded “Smaht Pahk” spot. Rather than the typical “urban” car ad featuring a disembodied car drifting at high speed through a deserted, I Am Legend core, Hyundai’s showcases the company’s practical automated parking assist. The setting is a human-scale Boston street, complete with pedestrian onlookers and a cameo from former Red Sox slugger David Ortiz, who pops out of a second-floor window and looks on like Jane Jacobs’ eyes on the street.

Meanwhile, General Motors eschewed the gentle urbanism for a more butchy appeal. Remember that this was the company that had tried to sell its electric Chevy Bolts to the type of green-conscious motorists who bought two million Priuses over the past two decades. GM so spectacularly failed that at one point it was reportedly losing nearly five figures per vehicle. The model wound up as a glorified compliance car, whose existence was mostly justified on the grounds that it let GM sell more high-margin Sierras and Silverados without running afoul of California’s clean air regulations.

So while Audi evoked a clean-car future, GM pivoted its own electric vehicle portfolio back to what its marketing arm does best: selling giant SUVs as muscular avatars of masculinity rather than as self-flagellating symbols of green virtue. Enter the all-electric GMC Hummer, complete with girthy specs like ONE THOUSAND HORSEPOWER and 11,500 POUND-FEET OF TORQUE. If the technical stuff is too subtle, the teaser climaxes with LeBron James literally dunking on you. If the Audi e-tron wants to sell its electric car as an escape from America’s asphalt hellscape, the Hummer offers consumers the dream of dominating it.

Similarly, Ford’s only Super Bowl ad buy was a short version of a teaser for the company’s own new electric vehicle, the Mustang Mach-E. The full version of the Idris Elba–narrated ad shows a fleet of iconic Mustangs powering in formation through the American countryside and then through LA, finally revealing the new Mach-E.

But bafflingly, anticlimactically, the new vehicle looks less like an iconic muscle car than it does one of the dozens of ubiquitous compact crossover models clogging America’s suburban garages. These types of practical hatchbacks are popular for a reason, but it’s incongruous to see one sold with the muscle-car hype machine instead of with some lightly comic demonstration of how many bags of groceries you can fit in the back.

Porsche’s fun and clever “The Heist” does a better job trying to make the same point: that its new all-electric Taycan is the natural inheritor of Porsche’s sports car legacy rather than a dorky Urkel car for the environmental crowd. As the ad progresses, a caravan of high-powered Porsches goes bombing, Ronin-style, down dense European streets.

There’s an irony in this likely lost on most Americans.  Increasingly, cars are banned altogether from those very streets, thanks in no small part to the Dieselgate scandal involving Porsche (and Audi) parent company Volkswagen, which was caught cheating emissions tests. Madrid, Oslo, and Paris are among the major European cities that in the past few years have moved to follow Amsterdam and Copenhagen in heavily restricting or banning cars entirely from their city centers.

But one thing you definitely won’t see on a Super Bowl Sunday is any suggestion that America’s future might involve fewer cars, less energy, and more walking, transit, and bicycles.

The night’s other car ads were more typical. Toyota, befitting its industry-leading position, premiered a clever and notably non-sweaty ad showcasing the Highlander’s seating capacity. Hyundai’s new luxury marque Genesis used celebrity guests Chrissy Teigen and John Legend to sell itself as an approachable, comparatively less snobbish luxury car, an understandable pitch for a brand most Americans aren’t familiar with yet. And Jeep’s Groundhog Day homage felt like a throwback all around—a big, gas-powered SUV sold by a familiar celebrity pitchman. It was a measure of the state of things in the car industry that nothing felt like more of an outlier on Sunday than the most normal ad of all.

Michael Tae Sweeney is a film and television editor based in San Diego and Brooklyn, N.Y.