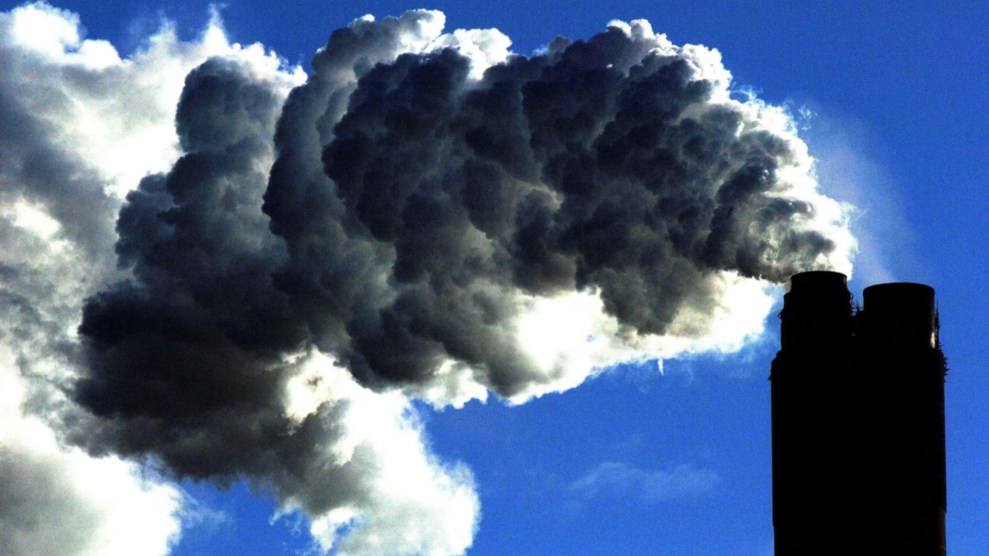 If you’ve imagined that slowing the emission of greenhouse gases was a silver lining from the pandemic, I am sorry to bring bad news: The planet is still breaking climate change records. Yes, even though the most conservative estimates anticipate historic declines in carbon emissions this year, the atmosphere continues to be loading up on too much carbon. Skies may be temporarily less polluted because so many of us are staying at home, but carbon lingers and traps heat in the atmosphere for hundreds to thousands of years.

That means one year of relatively declining carbon output is going to do little to address climate change without more fundamental long-term transformation of the biggest climate fuels for electricity, industrial activity, and transportation. Based on National Oceanic and Atmospheric Association measurements taken in Hawaii since 1958, the atmospheric concentration of carbon hit a new record 416.21 parts per million in April—the highest it’s reached in 800,000 years based on ice core records. Experts at the science news outlet Climate Central liken what’s happening to a plugged-up bathtub where “slowing the flow doesn’t mean the tub will stop filling.” Another reminder that climate change isn’t slowing is that 2020 has a very good chance of being the hottest year we’ve ever recorded. For context, the world has to hit at least a 7.6 percent drop in total carbon emissions every year for the next decade in order to contain warming well below a disastrous 2 degrees Celsius.

Experts at the science news outlet Climate Central liken what’s happening to a plugged-up bathtub where “slowing the flow doesn’t mean the tub will stop filling.”

That’s not to downplay the effects of the pandemic-induced shutdown, which has cut back on demand from the biggest consumers of energy, including industry, transportation, and power sectors. The outlet Carbon Brief estimated a 5 percent global drop in carbon, while the International Energy Agency estimated 8 percent. Last week, the U.S. Energy Information Agency projected that carbon emissions from the electric sector alone will fall 11 percent nationally this year, and renewable use is on track to eclipse coal for the first time ever. These developments seemed impossible a few months ago.

A new article from University of East Anglia and scientists with the international consortium Global Climate Project published Tuesday in the journal Nature Climate Change estimates that between January and April of this year, global carbon emissions fell by 17 percent compared to daily levels in 2019. The most dramatic effect has been from the aviation sector, which makes up the smallest portion of the global footprint and saw a 75 percent decrease. The bigger problems for climate change, like ground transportation and cars, industrial manufacturing, and power demand were all down too, though less dramatically. And while residential use of power has gone up by 5 percent, it’s not enough to counteract the bigger economic forces.  These declines are unheard of, but the new paper notes that this only puts us at the 2006 carbon emissions levels—and the effects are likely to be short-lived.

There is so much uncertainty surrounding what happens next, and everything depends on how governments respond. The Nature paper points out that emissions could eventually rebound to levels worse than before if politicians choose to delay climate programs, such as weakening standards for more efficient buildings and cleaner cars. “The extent to which world leaders consider the net-zero emissions targets and the imperatives of climate change when planning their economic responses to COVID-19 is likely to influence the pathway of CO2 emissions for decades to come,” write the authors, climate scientists from University of East Anglia, Stanford, and other institutions.

Those findings were echoed by the climate policy think tank Energy Innovation, which modeled economic projections from organizations as different as Goldman Sachs and the U.S. Energy Information Agency. It found that U.S. emissions will bounce back from an 11 percent drop to business-as-usual by 2025. From 2030 on, the pandemic would have no material impact on pollution levels.

“We’re still going to be relying on the same fossil fuel technology we relied on before the pandemic,” says Megan Mahajan, an energy policy analyst with Energy Innovation. “The types of fuels we’re relying on have not changed. There isn’t a fundamental shift from how we power our electricity, our homes, and modes of transportation. We can’t just do things to make modest shifts in our energy demand of the nation.”