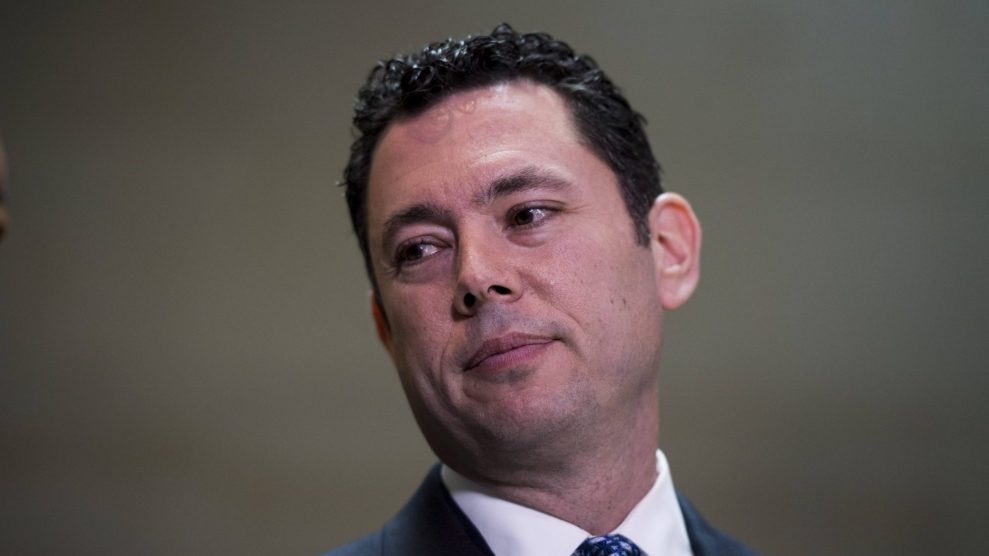 Fox News pundit and former Utah congressman Jason Chaffetz appears to have found his cause during the deadly coronavirus pandemic: ensuring that America’s national parks are open and packed full of people.

On May 7, as the US death toll from COVID-19 topped 75,000, Chaffetz penned an op-ed blasting the Interior Department for keeping dozens of popular parks shuttered―closures that local park superintendents made in an effort to slow the spread of COVID-19. He argued that “perhaps there is no better way to be socially distant than going into the mountains” and―falsely―that shutting them down is “counter to science and common sense.”

“If I stay 300 feet from a bear and six feet from other people, why should it remain closed?”

“If I stay 300 feet from a bear and six feet from other people, why should it remain closed?” he asked of Yellowstone, adding that he goes there to “enjoy the beauty and get away from people.”

As Yellowstone’s partial reopening less than two weeks later highlighted, people inevitably won’t stay six feet apart or keep their distance from dangerous wildlife. Crowds of out-of-state visitors, few of them wearing masks, flocked to Old Faithful geyser, and a woman was “knocked to the ground and injured” by a bison when she approached the animal.

Memorial Day weekend drew large crowds to popular national parks like Yellowstone, Zion and Great Smoky Mountain. The scenic drive in Zion filled up so quickly on Sunday that authorities had so close access by 6:30 a.m., the Las Vegas Journal-Review reported.

As a resident of Utah, which is home to five iconic national parks known as the “Mighty Five,” Chaffetz ought to know that there are scores of park visitors who never hike a remote trail or camp in the backcountry. Instead, they stick to roads and create bottlenecks at easily accessible attractions and trails. Yet Chaffetz has emerged as one of the loudest voices demanding President Donald Trump immediately reopen parks and monuments amid a pandemic that has already claimed nearly 100,000 American lives.

“It is bizarre. It’s a really odd fixation for Chaffetz to have right now considering a lot of these small towns in Utah are totally unprepared and would be unable to handle a resurgence of COVID-19,” said Aaron Weiss, media director at Colorado-based conservation group Center for Western Priorities. “He knows full well there is no way to socially distance in Zion.”

“I don’t know why Chaffetz in particular is on this tear,” Weiss added, “but it truly is going to endanger the lives of Utah residents.”

In a May 15 letter, House Natural Resources Chairman Raúl M. Grijalva (D-Ariz.) urged Interior and the National Park Service “to exercise extreme caution” in reopening sites. “Ensuring the safety of NPS employees, visitors, and gateway communities is your responsibility, and human safety must take precedence over any politically motivated decisions to reopen national park sites,” he said.

In his op-ed, Chaffetz offered this advice for gateway towns: “If a restaurant, hotel or local business feels the risk is too high, then don’t open, but denying Americans access to their parks is fundamentally wrong and counter to the goal of socially distancing.”

It is clear that Trump and his team have felt the pressure from Chaffetz and other conservative lawmakers and talking heads.

“Nothing like the great outdoors!” Interior Secretary David Bernhardt wrote in an April 22 tweet responding to Chaffetz calling for parks to reopen. “We are working to keep your public lands accessible to you and the American people.”

Nothing like the great outdoors! We are working to keep your public lands accessible to you and the American people. https://t.co/BcoxVJH9vo

Earlier that same day, Trump addressed the issue during a speech on the White House lawn, saying “we will begin to reopen our national parks and public lands for the American people to enjoy.” And in a statement on April 25, Bernhardt announced that Interior and the National Park Service would begin working closely with state governors to “reopen the American people’s national parks as rapidly as possible.”

Unsatisfied with the speed at which that’s played out, Chaffetz has continued his public campaign. He’s tweeted about it more than a dozen times in recent weeks. “Except most of them are closed,” he wrote in response to a video Bernhardt posted May 7 about First Lady Melania Trump’s anti-bullying campaign and the importance of children experiencing the outdoors. “Why are you doing these videos when you should be opening our National Parks?” The post kicked off a testy exchange between Chaffetz and Interior’s press office.

That Chaffetz suddenly fancies himself a champion of public access to federally controlled lands is ironic. In 2017, while still in Congress, Chaffetz reintroduced legislation to sell off 3.3 million acres of public land in 10 western states that he said had “been deemed to serve no purpose for taxpayers.” He ultimately pulled the bill less than two weeks later in response to backlash from conservationists, hunters, anglers and outdoor enthusiasts.

As the powerful chairman of the House Oversight Committee, Chaffetz showed little interest in holding the Trump administration accountable. He declined to investigate Michael Flynn’s contact with the Russian government or Trump’s many financial conflicts of interest, but in early 2017 vowed to probe a tweet from Bryce Canyon National Park welcoming Utah’s Bears Ears National Monument―and a second Obama-era monument in Nevada―to the National Park Service family. He told the Salt Lake Tribune at the time that he suspected Bryce Canyon officials may have had advanced knowledge of the monument’s designation, of which Chaffetz was a staunch critic.

Chaffetz had an abysmal 2 percent lifetime score from the League of Conservation Voters.

It’s unclear why Chaffetz is so motivated to carry this torch during the COVID-19 crisis, or if he’s considered what reopening park sites too soon could mean for the health and safety of workers, visitors and neighboring communities. He did not respond to HuffPost’s request for comment.

“He’s auditioning for secretary of the Interior on Trump’s favorite state-controlled news station,” he said. The extent to which Fox News influences Trump’s thinking is no secret.

The Trump administration appears to have decided that the optics of having iconic national parks closed is too much to bear, even though reopening them too soon could cost lives. Additional national parks, including Rocky Mountain in Colorado and Arches and Canyonlands in Utah, are slated to start welcoming back visitors this week.

During the month of May, Interior has issued three separate press releases titled “In Case You Missed It: Interior Continues to Safely Restore Access to Public Lands.”