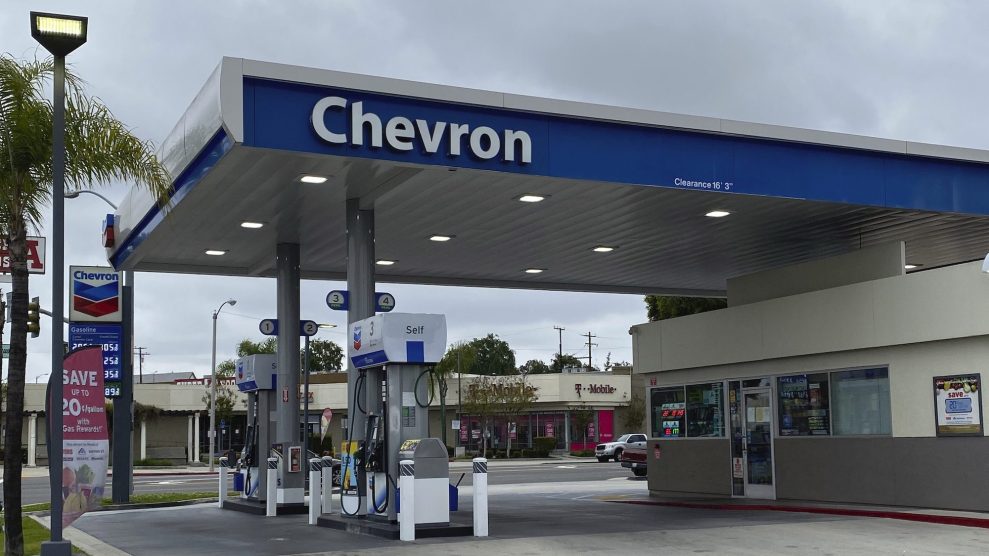 As Americans took to the streets to protest police brutality and racism over the past two weeks, they found an unlikely ally: Big Oil. In public statements and notes to their staff, Shell, BP, and Chevron have all responded to the killing of George Floyd, an unarmed black man, under the knee of a Minneapolis police officer.

“I find the events deeply upsetting, heartbreaking, and unacceptable,” wrote Gretchen Watkins, the president of Shell’s North American operations, in an email to employees. Bernard Looney, the CEO of BP, posted a note on LinkedIn that condemned “racial injustice in all forms” and committed to building a world that’s “more inclusive, sustainable, and resilient.” Plenty, if not most companies, said nothing. But the president of the American Petroleum Institute—the trade group that represents oil companies—wrote on LinkedIn that the group has “zero tolerance for discrimination of any kind.”

What does it mean for an oil company to promote itself as a friend of Black Lives Matter? Or, for that matter, a friend of climate activists? (Yeah, BP really did that.) When it comes to issues like racism and climate change, oil company execs appear to be dealing with cognitive dissonance. The problem is that their promises often fail to account for the full extent of the damage that fossil fuel operations wreak on black communities and the world at large.

That dissonance was highlighted last week when Chevron made an oily splash on Twitter by stating that “racism has no place in America.” The tweet linked to statements from company leaders committing to a more diverse workplace, something that civil rights leaders have been asking the oil and gas industry to do. Black employees are underrepresented in the industry—in 2019, they represented 7 percent of fossil fuel workers, compared to 12 percent of the national workforce—and those it does employ earn, on average, 23 percent less than white workers in comparable roles.

Journalists and writers on Twitter were quick to point out how fossil-fuel pollution kills black people. Others recalled how Chevron paid soldiers and police to shoot Nigerian protesters on Chevron’s oil platform in 1998, and also spilled 18 billion gallons of toxic wastewater in Ecuador, poisoning local residents. Chevron’s biggest refineries in the U.S. sit next to towns that are disproportionately black: Richmond, California, and Pascagoula, Mississippi. Black Americans are three times more likely to die from exposure to air pollution than the overall population, and 75 percent more likely to live near industrial facilities.

It’s not the first time an oil company has tried to link itself with activists pushing for a more livable future. In November, BP’s CFO said there was an “80 percent overlap” between the goals of BP and Extinction Rebellion, the protest group known for staging “die-ins” about climate change. And this week, Drilled News reported that BP, in a leaked brand document, said it wants to become more authentic and passionate … like Greta Thunberg, the famous 17-year-old Swedish climate activist.

Though companies like Shell and BP have declared new climate goals, claiming that their carbon emissions will be “net-zero” in 30 years, oil companies’ plans tend to omit one crucial thing: all the emissions from the product they’re selling. As Looney, the CEO of BP, said in a recently leaked video, “We’re probably going to be in oil and gas for decades to come, because how else is that $8 billion dividend going to get serviced?”

If oil companies truly wanted to work toward a less racist world and a safer climate, it would require getting to the root of those problems and addressing the industry’s role in causing them. A future filled with fossil fuels won’t quite cut it.