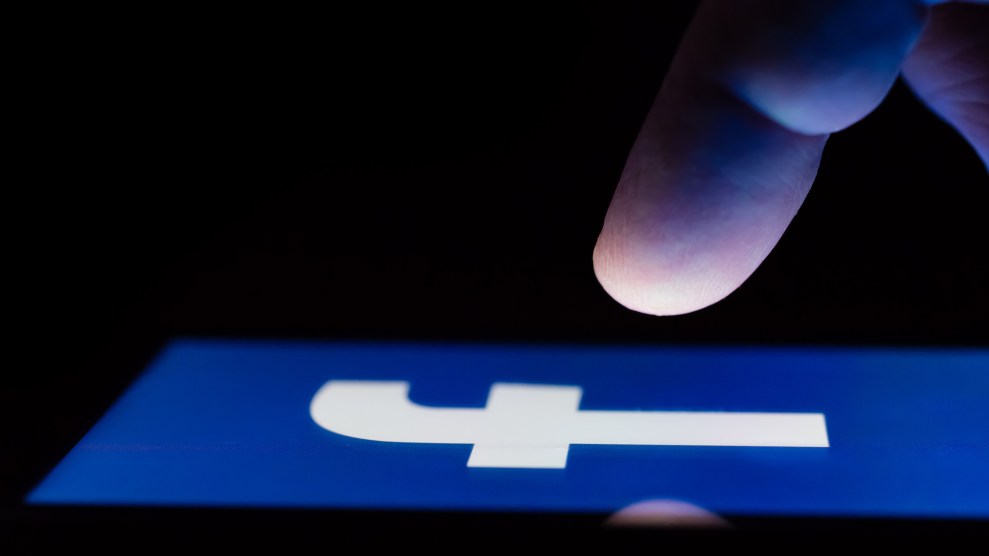 Eighteen months ago, in a belated response to criticism of how Facebook polices content, the company announced it would create an Oversight Board to weigh in on dangerous misinformation campaigns that have overtaken the platform. The new Oversight Board, appointed in May, pledged to “focus on the most challenging content issues for Facebook, including in areas such as hate speech, harassment, and protecting people’s safety and privacy.” It would have the power to issue binding decisions that affect Facebook and Instagram.

Since the announcement, critics of the company have been hopeful but skeptical that the Oversight Board—which is comprised of academics and politicians—will bring any sort of meaningful reform in the companies’ content moderation practices. The board is technically independent of Facebook and would ideally take up the thorny matters of balancing free speech and accuracy on social media. Nonetheless, tech advocacy groups like the Electronic Frontier Foundation have been skeptical that the social media behemoth would intentionally create something that would force it to make changes that it’s dragged its feet on for years.

The 20-member Oversight Board had barely even launched before it came under fire from an unexpected interest group. Prominent environmentalists and Democratic leaders asked the Oversight Board to review Facebook’s unwillingness to disengage from climate disinformation. Voting rights advocate Stacey Abrams, Democratic philanthropist and 2020 presidential candidate Tom Steyer, and Hillary Clinton’s campaign chairman John Podesta are among the 19 signatories affiliated with the new electoral group Climate Power 2020.

“Hate speech, climate denial and health threats have tarnished the integrity of Facebook,” they wrote to the Oversight Board on Tuesday, in a letter provided to Mother Jones. “If the company fails to enact any tangible oversight, we struggle to see the value of this Board as anything but a public relations stunt.”

The dispute is over a loophole in Facebook’s leaky fact-checking operation that has allowed climate change deniers to circumvent fact-checkers and spread misinformation meant to mislead readers about the reliability of climate modeling. E&E News’ Scott Waldman reported how the denier group CO2 Coalition has been able to run ads on Facebook based on claims that aren’t supported by peer-review climate science. In one instance last year, Waldman found that independent fact-checkers flagged the post as false, temporarily blocked it, but a conservative staffer at Facebook overrode them to remove the false label. Ever since, the CO2 Coalition was able to share its false content because Facebook categorized it as “opinion” and therefore exempt from fact-checking.

CO2 Coalition, a group that is organized around the “important contribution made by carbon dioxide to our lives and the economy,” has benefitted from the special treatment. CO2 Coalition’s executive director, Caleb Rossiter acknowledged to E&E News that Facebook has been integral to expanding its influence. “You can reach so many people both with your posts and your advertisements,” Rossiter said. “We’re kind of like Donald Trump. We’re not happy with the treatment we’re getting from the mainstream media, we resort to social media. That’s where our action is in larger part.”

While climate deniers like the Heartland Institute and Committee for a Constructive Tomorrow have benefited from the loophole, Facebook has created new obstacles for climate scientists in their efforts to promote their work. Climate scientist Katharine Hayhoe, a lead author of the fourth National Climate Assessment studying global warming’s effects on the United States, found that Facebook blocked her in 2018 from promoting educational videos on climate science, some of which were peer-reviewed by NOAA, and has since classified her postings as “environmental politics.”

After the reporting on Facebook’s false equivalence by E&E News and by writers Emily Atkin and Judd Legum, leaders of the Democratic party-affiliated group Climate Power made a direct appeal to the co-chair of the Oversight Board, former prime minister of Denmark Helle Thorning-Schmidt. She herself has called climate change fact, not opinion, and was asked to “enact the same standard for the denial of climate change as you did for COVID-19 misinformation” and address a loophole that “has allowed climate denial to fester by labeling it ‘opinion,’ and thus, avoiding the platform’s fact-checking processes.”

Climate Power was disappointed by the response that came not from any of the board’s members but from its head of communications. Dex Hunter-Torricke replied on Friday that the board is not “in an immediate position to make decisions on issues like those we see unfolding today.” On its website, the Board notes it will not be operational until sometime later this year, but even then, Hunter-Torricke suggested that climate fact-checking may not be up for review. “We also do not expect the Board to regularly issue opinions outside of decisions on content referred to the Board by users or Facebook, as well as policy recommendations resulting from these decisions.”

“Facebook is jeopardizing the health and well-being of people around the globe with the most vulnerable communities most at risk.”

On Tuesday, the environmentalists sent a forceful new reply to the Oversight Board. “Climate denial and misinformation is deadly,” they write. “By preventing any meaningful form of oversight and allowing these lies to go unchecked, Facebook is jeopardizing the health and well-being of people around the globe with the most vulnerable communities most at risk.”

They go further and raise questions about the point of the oversight initiative if it won’t take up the role of climate denial on the company’s platforms. “Facebook leaders have found time in the intervening months to sit with members of the press to herald the creation of an action-oriented Oversight Board,” they write. “Meanwhile, Facebook is allowing misinformation to spread, and they are hiding behind the promise of an ‘Oversight Board’ that appears to be in name only.”

The company’s debacle over fact-checking environmental falsehoods is just the most recent in Facebook’s long line of disinformation missteps. Medical professionals got frustrated with the company after its delay in taking action to curb the spread of anti-vaccination content that frequently spread misinformation and often outright lies. The company has also let QAnon communities fester, refused to discipline groups trafficking in the false conspiracy about an elite pedophile cabal, and then has gone so far as to boost them in its recommendation algorithm.

Facebook’s handling of climate disinformation follows a pattern similar to its approach to dealing with falsehoods from anti-vaccination groups, QAnon, the Trump campaign, and others: First deny that a problem exists, then assert that it’s being addressed. Only when enough external pressure builds might the company announce some kind of enforcement action—but not always.

Environmentalists argue this matter is no less urgent than other kinds of misinformation, like Facebook’s push to ban predatory and scammy ads promising to prevent, cure, or incite general panic about COVID-19.

“As environmental leaders, we feel an urgent duty to take on the threat of climate deniers and climate change,” they write. “We expect Facebook to work with the same urgency…By preventing any meaningful form of oversight and allowing these lies to go unchecked, Facebook is jeopardizing the health and well-being of people around the globe with the most vulnerable communities most at risk.”