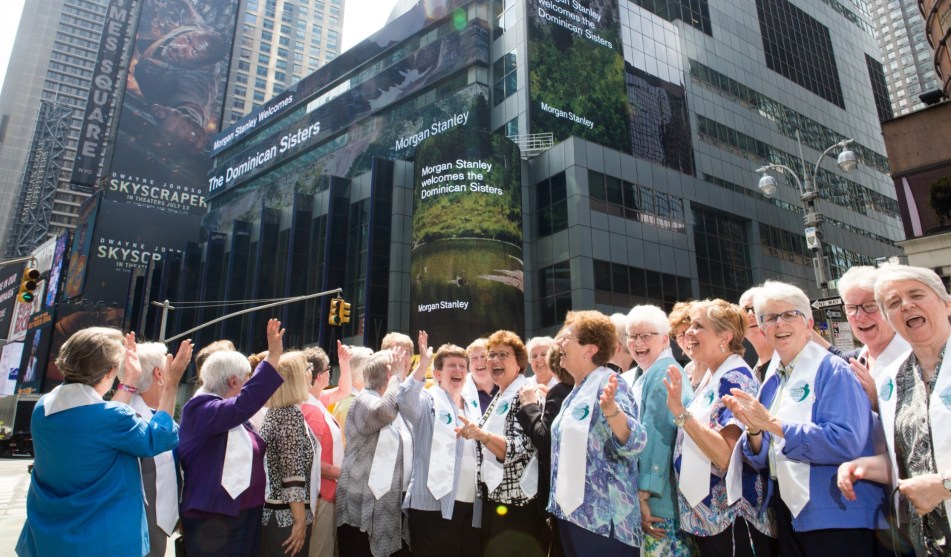 It’s been five years since Pope Francis’ “Laudato Si,” the celebrated 225-page encyclical in which the pope called for environmental justice and fundamental social change in the face of global warming. To mark the occasion earlier this month, the Vatican urged Catholics around the world to take practical steps to fulfill this mission—including by divesting from fossil fuel-based industries. And in the US, 16 congregations of Dominican nuns (named for their patron saint, Saint Dominic) debuted a collaboration with Morgan Stanley to create a $130 million “climate solutions fund.”

In a press release, the bank called the fund a “first of its kind collaboration … to find investment solutions which focus on climate change and aiding marginalized communities that are disproportionately impacted by global warming.” Examples of the fund’s “holistic” approach to climate solutions could include “early stage investments in energy efficiency software” as well as “more mature opportunities like fruit producers with water-saving hydroponic irrigation systems.”

“We wanted this not just for ourselves but for other investors—not just faith communities.”

Sister Patricia Daly, a Dominican nun from a congregation in Caldwell, New Jersey, helped create the fund. The nuns began organizing the fund in 2018 after they pooled $46 million. Daly said the sisters have long wanted to invest in companies and technology that are actively working toward the United Nations sustainable development goals, which include ending poverty, improving access to clean energy, curbing climate change, and more. When they couldn’t find a fund with that focus—most sustainable investment funds do not holistically address all of those goals, according to Daly—the congregations enlisted Morgan Stanley to create a new fund themselves and set a standard for future investing.

“This fund is engaged in impact investing rather than screening,” said Angelo Collins, a member of the leadership council for the Sinsinawa Dominican Sisters in Wisconsin. “The fund advisors and managers are looking to support and provide investments in corporations that are doing positive good.”

Collins said that many Dominican congregations in the US consider social justice a central tenet of practicing their faith, and that the fund will bring social justice to the forefront of the church’s investing efforts.

Daly said she hopes that their efforts attract investors of all kinds, rather than just faith-based organizations.

“We wanted this not just for ourselves but for other investors—not just faith communities,” she told Grist. “There are also healthcare systems and other private investors who have joined in this initiative.”

In its press release, Morgan Stanley emphasized that the fund will invest in ventures that are proactively pursuing sustainable and equitable climate goals.

“Every dollar invested in our climate program will seek to have a concrete climate impact measurement ranging from tonnes of CO2 emission offset and litres of water saved, to reduction in air pollution levels, in addition to generating compelling private markets returns,” said Vikram Raju, the investment group’s head of impact investing.