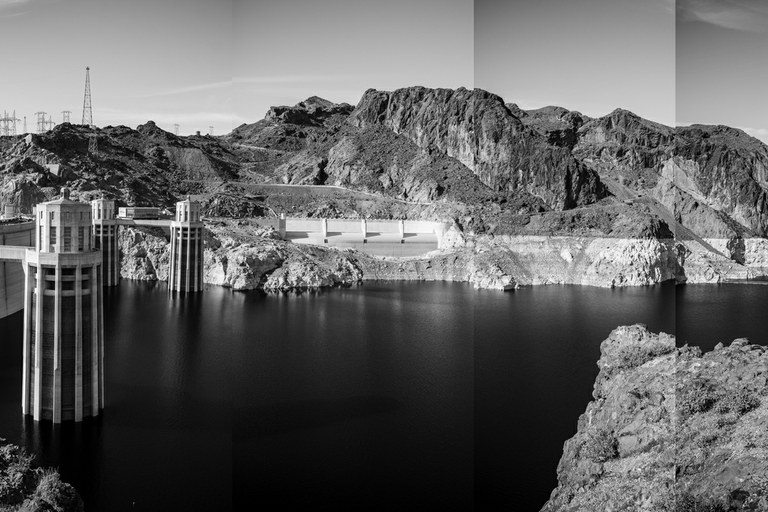 Southern California farmers spend their winters watching the snowpack in the Colorado Rockies, and what they see is the climate crisis hitting hard. When it melts, the snow that falls on these peaks will, eventually, make its way into the Colorado River, which connects the Southwest like a great tendon, tying the Continental Divide in Colorado to Southern California’s hayfields, where the Imperial Irrigation District is one of the country’s largest, and pouring from the faucets of urban users in Los Angeles and San Diego.

From California’s perspective, the view upriver is not encouraging. More than half of the upper part of the river basin is in “exceptional drought,” according to the U.S. Drought Monitor, while the Lower Basin is even worse off: More than 60% of it is in the highest drought level. In January, water levels in Lake Powell, the river’s second-largest reservoir, dropped to unprecedented depths, triggering a drought contingency plan for the first time for the Upper Basin states of Colorado, Wyoming, Utah and New Mexico.

Since 2000, the Colorado River Basin has seen a sustained period of less water and hotter days. This is, as climate scientists like to say, the “new normal.” But within this new normal, there have been exceptional drought years. One of them was 2020. Last year began with an encouraging snowpack in the Colorado Rockies. But a warm spring followed, and, then the seasonal summer monsoons never came to drench the Southwest. The lack of precipitation persisted into the fall and early winter, leaving the basin in a condition dire enough that water policy wonks—not a crowd known for melodrama—have begun using words like “scary” and “terrifying.”

“In the 21st century humans will be forced to bend to the will of nature.”

“In the 20th century on the Colorado River, nature was bent to human will,” the study stated. “Because we are now fully consuming its waters, and inflows are expected to decline, in the 21st century humans will be forced to bend to the will of nature.”

The current version of the Colorado River Compact—the legal agreement that governs the river—expires in 2026. It will be renegotiated over the next several years amid a patchwork of interests, including seven Southwestern states, myriad agricultural districts, the Mexican government, some of the nation’s fastest-growing urban areas, including Las Vegas and Phoenix, and many tribal nations, whose legal claims hve historically been discounted. A compendium of policies, historic water rights, court rulings, laws and agreements, the Colorado River Compact allocates water for tens of millions of people and some of the most important agricultural regions in the country.

The impending renegotiation will determine how that water is distributed as the demand for water outstrips the river’s dwindling flow. Meanwhile, according to numerous models, the impacts of climate change will only intensify. A recent study from the Center for Colorado River Studies predicted that the Lower Basin states of California, Nevada and Arizona could be forced to reduce their take from the river by up to 40% by 2050.

“It’s a red alert,” said Felicia Marcus, a fellow at Stanford University’s Water in the West Program and former chair of the California State Water Resources Control Board. “Everyone knows the red alert is ringing, and we’ve known this is coming for a long time.”

OF ALL THE VARIOUS METRICS available to measure this challenge, storage capacity at the Colorado River’s important reservoirs is one of the most useful. In January, a study by the Bureau of Reclamation estimated that Lake Powell could dip below a crisis threshold by 2022.

This forecast is not the most likely one, but the study triggers a drought-planning process—an acknowledgement that the worst-case scenario could come to pass for one of the country’s most important water storage sites. In 2019, Lake Mead, the largest reservoir in the U.S., hit its own version of this threshold, which led Arizona, Nevada and Mexico to voluntarily limit their Colorado River water use for the first time ever.

Put together, both Mead and Powell are on track to reach their lowest recorded levels ever in 2021, KUNC reported. Water levels in Mead and Powell languish at about 40% capacity, according to the most recent figures.

This future complicates the amalgamation of treaties, policies, laws at various levels of government, court decisions and agreements that make up the governance of the river, stretching all the way back to the 1922 Colorado River Compact, the original interstate agreement. To give just one example, the Upper Basin states have long planned increased water use—water that the over-allocated basin can’t afford—thereby increasing the likelihood, according to the study, of a situation where the Lower Basin states would not receive their fair share of water. The result would be a “call” on the river, with the Lower Basin states demanding more water and legally mandated cutbacks for more junior water users higher on the river, including the city of Denver. The ensuing legal fights would be ugly.

This grim future hangs over the next several years, as both the Upper and Lower Basin states renegotiate the rules governing the Colorado River and work to reduce the water they use and keep crucial reservoirs filled. But these negotiations are difficult and political, with self-interest competing against the need to do right by the basin as a whole. Meanwhile, sensing profit in scarcity, Wall Street and hedge funds are pushing to privatize Colorado River water and allow markets to trade the resource as a commodity, according to a recent New York Times investigation.

The problem with vast water negotiations like the Colorado River Compact, said Marcus, the Stanford water policy expert, is that every entity, from governments down to people watering their lawns, come to expect the current amount of available water—even if that availability is an outlier or set to change. “Farmers can’t expect that they can plant whatever they want or not expect water to be expensive,” she said. “Urban areas need to get way more efficient, people need to ditch way more lawns.”

Note: This story was updated to clarify that states are renegotiating the rules that govern the river, not the Colorado River Compact itself.