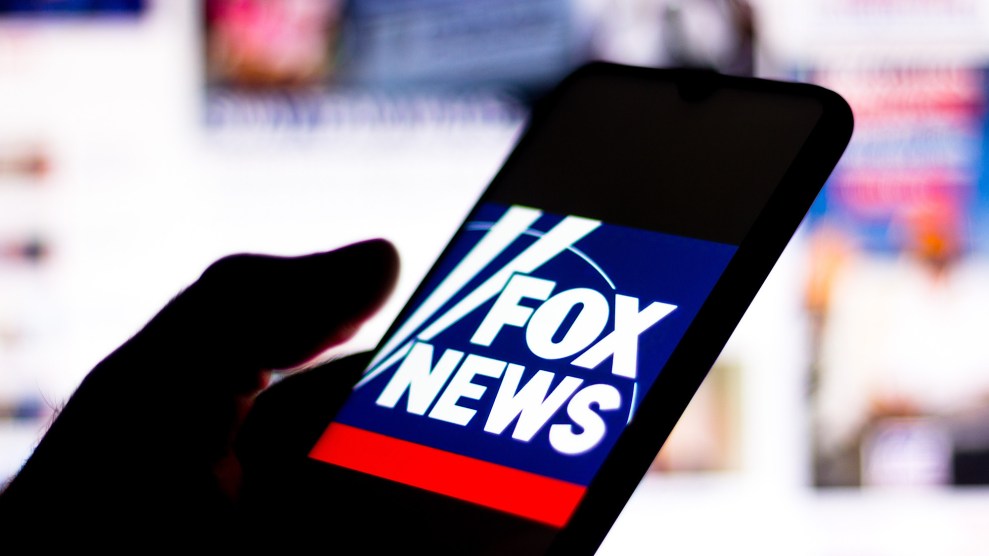 Americans have a big appetite for news about the weather, and climate change is making weather events more frequent and extreme. Now, Rupert Murdoch’s Fox Corporation, a media empire with a long history of peddling climate disinformation, is entering the world of 24-hour weather coverage.

The billionaire media mogul plans to launch Fox Weather later this year, with the intent that it will rival the popular Weather Channel. It has been poaching meteorologists from other networks, The New York Times reported this week.

Scientists and watchdog groups are understandably wary of the new venture, anticipating that the network’s weather arm will prove just as skewed, politicized, and detached from reality as its cable news programming. Fox News commentators and their guests are constantly downplaying and denying the global threat of climate change, even amid historic and deadly heat waves, wildfires, hurricanes, and drought.

Susan Joy Hassol, director of the nonprofit organization Climate Communication and a co-author of three National Climate Assessments, has spent years working with journalists and TV meteorologists to better communicate the connections between extreme weather and human-caused climate change. Given Fox’s record, she’s extremely concerned about what the new weather-focus channel will mean for the public’s understanding of the crisis and its impacts.

“Unless Fox changes its stripes, this could be a real move in the wrong direction, not only failing to make the appropriate linkages but shouting them down and providing more disinformation to an audience that trusts them.”

“Unless Fox changes its stripes, this could be a real move in the wrong direction, not only failing to make the appropriate linkages but shouting them down and providing more disinformation to an audience that trusts them,” she said.

Hassol noted a 2010 University of Maryland survey that found that the more a person consumed Fox News, the more likely they were to be misinformed about climate change. A more recent Public Citizen analysis found that 86 percent of climate segments that aired on Fox News in 2018 included claims dismissing or casting doubt on the global threat.

Many climate experts and activists view the network as little more than a mouthpiece for fossil fuel industry talking points―an industry that’s not only played an outsized role in exacerbating global warming but spent decades spreading disinformation in order to stymie efforts to address greenhouse gas emissions.

Michael Mann, a climate scientist at Pennsylvania State University, told E&E News that Fox News has been “the greatest promoter of climate change disinformation over the past two decades.”

Its popular commentators like Tucker Carlson, Sean Hannity, and Laura Ingraham have bombarded their audiences with conspiratorial claims about how the idea of climate change is a ploy to destroy the economy and control lives. Prominent climate deniers like Steve Milloy, former tobacco and coal lobbyist, are regular guests on Fox News.

After years of Fox climate denial, there is no reason to trust Fox Weather https://t.co/ggH1kQq5IN pic.twitter.com/V2WAFJrmOB

“Left uses climate change to control our lives,” read a chyron during the segment.

The new weather channel will be independent of Fox’s other networks, and a spokesperson told the Times that its “dedicated team of leading meteorologists and experts” will offer “in-depth reporting surrounding all weather conditions.”

John Morales, a meteorologist for NBC in Miami, is not as concerned about the channel’s unique potential for climate denial.

“Fox News weathercasters are reputable and some, like Maria Molina, have gone on to accomplished careers in atmospheric research,” he told HuffPost. “As science communicators, broadcast meteorologists should seek not just to deliver weather forecasts and warnings but to educate their audiences about our changing climate. Whether a Fox weather network would frown on that is yet to be seen. If so, they wouldn’t be the first news outlet failing to adequately cover the climate crisis. There is huge room for improvement across the cable and broadcast news spectrum.”

The links between human-induced climate change and extreme weather are undeniably clear. A study published Wednesday, for example, concluded that last week’s grueling and deadly heat wave across the Pacific Northwest and Canada would have been “virtually impossible” without climate change.

Ignoring, downplaying, or brushing off such connections would be a dangerous disservice—and come at a time when the nation and planet can least afford more disinformation and delay.

“We know that communication is effective when it consists of simple, clear messages repeated often by trusted sources. Fox News is nothing if they’re not good at that,” Hassol said. “Surveys find that Republicans trust Fox News more than any other major news network. We know we have a partisan gap on climate change, and this stands to only make that worse.”