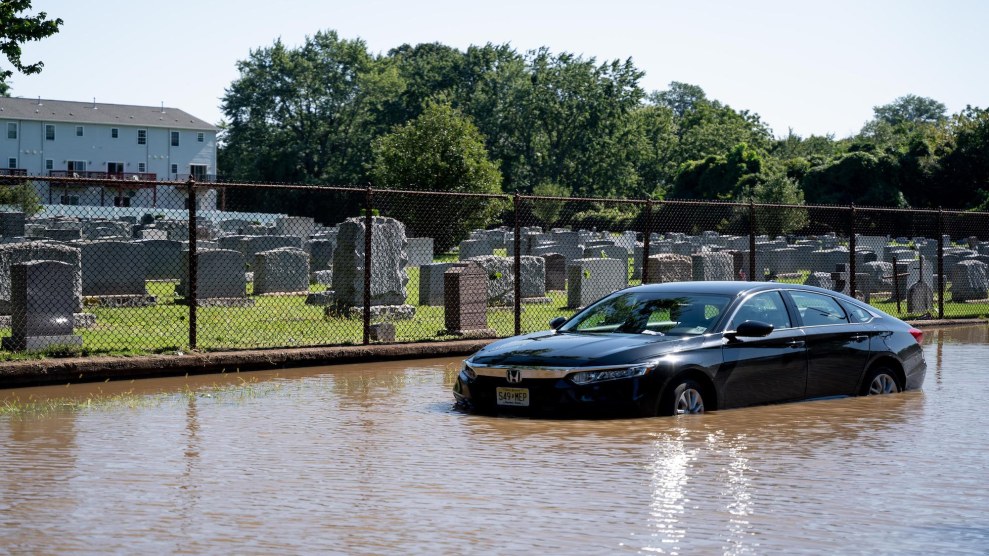 An unexpected constituency is sounding the alarm on climate change: US mortgage bankers.

Their predictions are dire: As climate change worsens and natural disasters wreak havoc on America’s housing stock, homeowners increasingly default on their mortgages. The ballooning financial losses force lenders to ratchet up interest rates. Fannie Mae and Freddie Mac, the massive government-backed companies charged with supporting affordable housing, continue issuing loans in risky areas, subsidizing homes in harm’s way. Private sector investors in the housing market back away from communities facing severe climate risks, like rising sea levels, repeated flooding, and more severe wildfires. The economic losses, which could easily number in the billions of dollars, are shouldered by the federal government — and ultimately taxpayers.

That’s all according to a new report by the Research Institute for Housing America, a think tank founded by the Mortgage Bankers Association, a trade group representing the real estate finance industry.

“Climate change will impact all governments, industries, and individuals,” the report notes. “Housing and housing finance will not be spared.”

The US housing market consists of a vast panoply of stakeholders, including homeowners, renters, lenders, insurers, government-backed entities, loan servicers, and the federal government itself. As climate-fueled disasters continue to wreak havoc, each group faces different risks and consequences, according to the report. Homeowners in the path of hurricanes and other climate disasters may see their home values plummet. If homeowners weathering ever more severe flooding and wildfires increasingly default on their mortgages, it will ricochet through the entire financial ecosystem. Both lenders and investors could see major losses as a result. The federal government stands in the middle of it all: It runs the National Flood Insurance Program, which is responsible for 5.1 million residential flood insurance policies nationwide, and backstops Fannie Mae and Freddie Mac. The specter of massive bailouts looms large.

“If you live in Iowa, how much do you want to pay in taxes to protect people against coastal flooding?”

It is not a far-off scenario. The National Flood Insurance Program is already deep in debt. The program is currently more than $20 billion underwater, and research from The Pew Charitable Trusts, a public policy nonprofit, found that about 1 percent of the properties enrolled in the program are responsible for 25 to 30 percent of the claims. The cost of paying out claims from properties that repeatedly flood is more than $12 billion.

“Is there going to be a point where the public is no longer willing to fund these programs?” said Sean Becketti, a former chief economist at Freddie Mac and author of the report. “If you live in Iowa, how much do you want to pay in taxes to protect people against coastal flooding? There’s going to be real political stress on these programs because they’re going to get a lot more expensive.”

The report is the first from the Research Institute for Housing America since the think tank was founded in 1998 to take an in-depth look at the many ways that climate change is likely to reshape the mortgage industry and broader housing market. It is definitive in its assertion that climate change is real, that it will profoundly affect housing and housing finance, and that no player in the industry will be able to escape the consequences. With federal regulators beginning to examine the risks that climate change poses to the housing market and the broader economy, Adam DeSanctis, a spokesperson for the Mortgage Bankers Association, said that the group’s members are preparing for the impact of climate change and potential regulatory requirements. “Everyone knows that this is coming down the road,” he said.

The report says that climate change will test the limits of insurance and that the ever-growing risks from a warming planet will stress lenders, investors, and the government. Firms that are trying to quantify those risks and put a dollar value on it face practical challenges to doing so. Climate models are uncertain and depend on actions that governments may take now to reduce emissions. Standardized climate risk indicators don’t yet exist. And historical measurements of climate risk are unavailable.

“It is quite a challenging task,” said Becketti. “There’s not an obvious way to do things that all regulators would be comfortable with and approve of.”

Without clear guidelines on how to price risk, the report’s author notes, each institution is developing its own method.

Many players in the mortgage industry—including banks, lenders, and investment firms—are already making business decisions based on climate risks. Using private and public data on the evolving risks posed by climate change, some firms are steering their investments away from disaster-prone regions. The approaches, however, are varied and inconsistent. Without clear federal guidelines or industry standards on how to use the data and price the risk, each institution is developing its own method, according to Becketti.

“The results are not very comparable,” he said. “One firm says they have a lot of risk, but maybe it doesn’t have as much risk as the next firm which has a more optimistic estimate.” The inconsistency could create an uneven playing field where major institutions continue to support housing investment in the path of climate change’s wrath.

Clarity on how to assess climate risk may still be years away. Earlier this year, President Joe Biden issued an executive order tasking various federal agencies with developing recommendations and reports that assess the financial risks of climate change and provide solutions. The Federal Housing Finance Agency also solicited comments on regulatory actions it can take to address risks on Fannie Mae and Freddie Mac’s books in January. And separately, the Securities and Exchange Commission has requested public comment on how companies should disclose climate risks on their books. It’s the first step toward requiring more transparency from companies about the ways in which climate change may affect their bottom lines.

Thursday’s report makes clear that the country’s housing sector is starting to see the writing on the wall. “Climate change triggered by global warming already has happened and will continue to happen at a difficult-to-predict pace in the future,” it reads. “Its global impacts are significant, and the housing and housing finance industries will feel these impacts along with all other industries.”