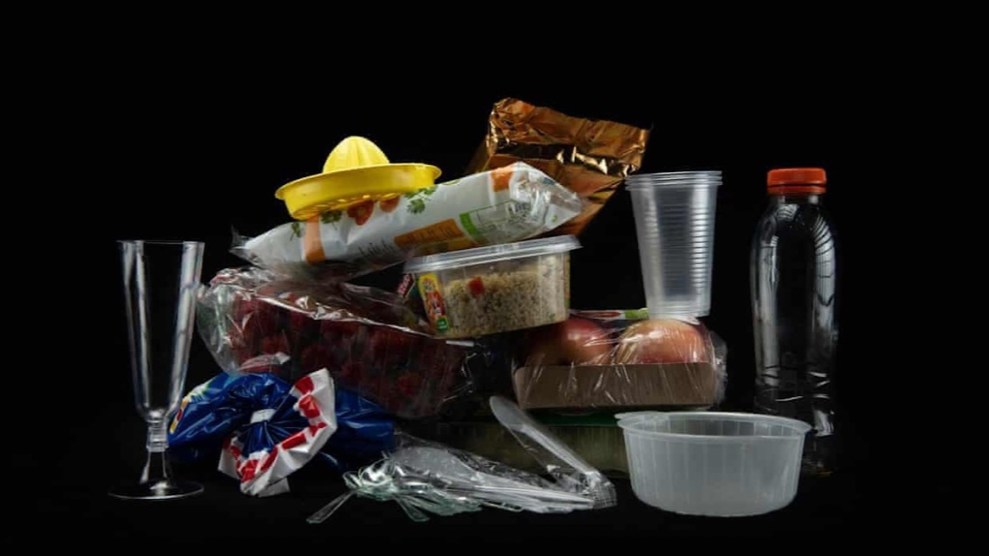 Phthalates are found in many household products, including cosmetics and food packaging. Olivier Morin/AFP/Getty

The group of chemicals called phthalates, also known as plasticizers, may contribute to the early deaths of 91,000 to 107,000 older adults in the US each year, according to a new study.

Adults between 55 and 64 with the highest concentrations of phthalates in their urine were more likely to die of any cause, especially heart disease, than adults with lesser exposure, according to the study published on Tuesday in the peer-reviewed journal Environmental Pollution.

The study also estimated that this loss of life could cost the US between $40 billion and $47 billion each year. “Until now, we have understood that the chemicals connect to heart disease, and heart disease in turn is a leading cause of death, but we had not yet tied the chemicals themselves to death,” the study’s lead author, Dr. Leonardo Trasande, said in a release.

Three types of phthalates US regulators have restricted or banned in toys are not so restricted in cosmetics and food packaging.

Phthalates, a group of chemicals most commonly used to make plastic harder to break, can interfere with the function of hormones, and researchers plan to examine what role the chemical plays in hormone regulation and inflammation in the body.

The study included more than 5,300 adults who between 2001 and 2010 participated in the US National Health and Nutrition Examination Survey, which collects health information from people during in-person interviews across the US. The survey results included in this study were from adults who had also provided urine samples that were measured for phthalate metabolites.

Trasande, the study’s lead author, is director of the Center for the Investigation of Environmental Hazards at New York University’s Grossman School of Medicine and wrote Sicker Fatter Poorer, a book about the threat of hormone-disrupting chemicals.

He cautioned that the biological connection between phthalates and early deaths has not been established, so the study does not prove phthalates were the direct cause of these early deaths.

“Our research suggests that the toll of this chemical on society is much greater than we first thought,” said Trasande. “The evidence is undeniably clear that limiting exposure to toxic phthalates can help safeguard Americans’ physical and financial wellbeing.”