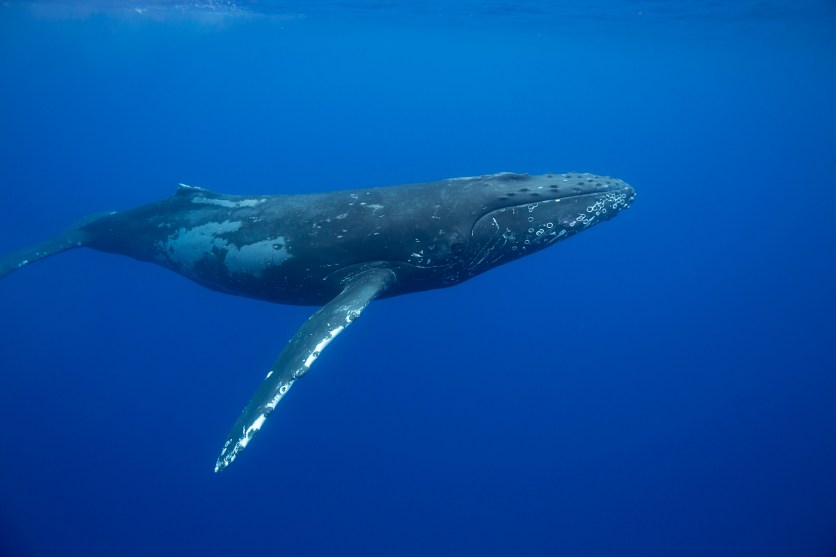 “thwop,” “muah” and “boop” are some of the sounds made by Humpback Whales. David Fleetham/AP

From the “boing” of a minke whale to the “drum” of a red piranha, scientists are documenting more sounds in our world’s oceans, rivers and lakes every year. Now, a team of experts wants to go a step further and create a reference library of aquatic noise to monitor the health of marine ecosystems.

The Global Library of Underwater Biological Sounds (GLUBS) will include every “thwop,” “muah” and “boop” of a humpback whale, as well as human-made underwater sounds and records of the geophysical swirl of ice and wind, according to a paper in the journal Frontiers in Ecology and Evolution.

Of the roughly 250,000 known marine species, scientists think all 126 mammals emit noise. At least 100 invertebrates and 1,000 of the world’s 34,000 known fish species are also known to make noise, but experts believe many more sounds are waiting to be discovered and identified.

By bringing together existing libraries of fish, frogs, and other marine species, it is hoped the library will help identify the lullabies, chants, and anthems of aquatic ecosystems. Some fish species appear to develop geographic dialects, while the calls of blue whales are known to evolve through time.

“The world’s most extensive habitats are aquatic, and they’re rich with sounds produced by a diversity of animals,” says lead author Miles Parsons of the Australian Institute of Marine Science. “With biodiversity in decline worldwide and humans relentlessly altering underwater soundscapes, there is a need to document, quantify and understand the sources of underwater animal sounds before they potentially disappear.”

In the examples given by experts, Madagascar’s skunk anemonefish produces different fighting sounds to those in Indonesia. Fin whale calls differ among populations in the north and southern hemispheres and over seasons, while those of pilot whales are similar worldwide.

Existing websites such as FishSounds and FrogID already host an inventory of aquatic noise. But it is hoped a single platform would enable the use of artificial intelligence identification of unknown noises while also allowing scientists to monitor the health of reefs, open ocean and freshwater ecosystems. Under the proposals, the public would be able to contribute their own underwater recordings.

“Collectively, there are now many millions of recording hours around the world that could potentially be assessed for a plethora of both known and, to date, unidentified biological sounds,” said Jesse Ausubel, one of the founders of the International Quiet Ocean Experiment (IQOE) and a scientist at the Rockefeller University.

Monitoring noise underwater has been used to study the effects of hurricanes and how prey change their behavior near predators, and to document the migration patterns of great whales. Many fish and invertebrate species are nocturnal, often making audio monitoring the only viable study method.

“Human song varieties include love and work songs, lullabies, chants, and anthems,” said Ausubel. “Marine animals must sing love songs. Maybe AI applied to the global library can help us understand the lyrics of these and many others.”