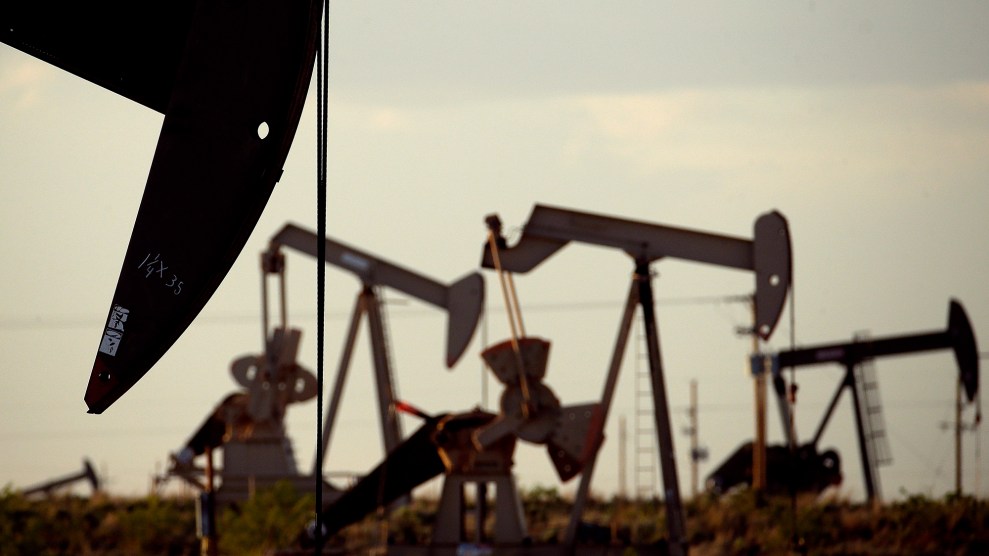 American private equity tycoons are profiteering from the global climate crisis by investing in fossil fuels that are driving greenhouse gas emissions, a new investigation reveals.

Oil and gas pipelines, coal plants and offshore drilling sites linked to Indigenous land violations, toxic leaks and deadly air pollution are among the dirty energy projects financed by some of the country’s largest private equity firms, according to an investigation by the corporate accountability nonprofits LittleSis and the Private Equity Stakeholder Project (Pesp).

Private equity refers to an opaque form of financing away from public markets in which funds and investors buy and restructure companies including startups, troubled businesses, and real estate. Globally, the industry manages more than $7 trillion for wealthy individuals and institutional investors such as mutuals, hedge funds, endowments and pensions, investing in every sector from retail chains and healthcare to prisons and weapons.

Some of that money finances fossil fuel projects that release greenhouse gases that cause global heating. Higher atmospheric and ocean temperatures are directly linked to the rise in catastrophic weather events like drought, extreme temperatures and hurricanes.

Yet unlike banks and other publicly listed companies, private equity firms are exempt from most financial disclosure rules, making it extremely difficult to track their assets. It means people like firefighters and teachers whose pension funds are invested in private equity funds have little way of knowing if their retirement nest egg is financing coal plants, oil wells, or solar farms.

The Private Equity’s Dirty Dozen report, shared exclusively with the Guardian, provides a snapshot of the industry’s involvement in some of the country’s most controversial fossil fuel investments, as well as the deep political and cultural ties of its wealthy executives. The investigation found:

The Carlyle Group’s Network of Influence

The findings have renewed calls for greater transparency in the booming private equity industry, so that communities bearing the brunt of toxic emissions and extreme weather can track the money behind the misery.

“By plowing money into dirty coal plants, offshore drilling and deforestation, private equity threatens to undermine our hard work to tackle the climate crisis and advance environmental justice,” said Elizabeth Warren, former presidential candidate and member of the Senate committee on banking. “It’s just another page from private equity’s standard playbook: boost short-term profits at the expense of the long-term wellbeing of communities.”

Many firms have adopted rhetoric around sustainability, but have yet to provide transparency on their holdings.

Alyssa Giachino, Pesp’s climate director and co-author of the report, said: “While communities have shouldered the harms from fossil fuel investments, private equity firms have built vast wealth. Many firms have adopted rhetoric around sustainability, but have yet to provide transparency on their holdings and impacts.”

A KKR spokesperson said the company “wholeheartedly disagreed” with the report’s assertions. “Not only do we believe in—and our actions support—the need for a sustainable energy transition, we also believe in the value and importance of transparency, as evidenced by an extensive library of public disclosures including our Climate Action Report and Sustainability Accounting Standards Board Report [among others].”

Private equity firms have spawned an elite group of super-rich power brokers with deep ties in politics, the arts, sports, and education sectors.

In recent years, banks have come under growing criticism for bankrolling fossil fuel projects, while secrecy surrounding private equity has shielded the industry from the same scrutiny. Yet in 2020, state-owned institutions like public pension and sovereign wealth funds invested 22 percent of the trillions in their portfolios in private equity where—unlike the stock markets—only the wealthy and institutional investors have direct access to this capital.

The oil and gas industry has made more than $700 million in political donations since 2000—more than 80 percent of it to Republicans.

The nature of these investments, let alone their impacts, are notoriously tough to track, though according to financial data analysts PitchBook, there has been at least $1.1 trillion in private equity energy deals globally since 2010.

It’s no secret that the oil and gas industry spends big on politics, contributing more than $700 million through individual, PAC and outside donations since 2000, according to Open Secrets. More than 80 percent of the campaign contributions have benefited Republican coffers.

But the financial sector is far and away the largest source of campaign contributions to federal candidates and parties. Stephen Schwarzman, chief executive and founder of Blackstone Group and the world’s 34th richest man according to Forbes, is a major Republican donor who has personally contributed to Donald Trump, Mitch McConnell, and former Georgia senator Kelly Loeffler—who supported overturning the 2020 presidential result. (Schwarzman has recognized Biden’s victory and condemned the January 6 insurrection.)

Blackstone, the world’s biggest private equity firm which manages $731 billion in assets, co-owns (with ArcLight) one of America’s dirtiest coal plants, the General James Gavin power station in Ohio. Blackstone also has a significant stake in the owner of the Dakota Access pipeline—the oil infrastructure project which triggered the Standing Rock protest camp where Indigenous water protectors were brutalized by law enforcement.

A spokesperson said: “Virtually none of the capital Blackstone invested in the last three years was in fossil fuel exploration and production. We have simultaneously invested over $15 billion in projects that we believe are consistent with the energy transition.” The company does not make corporate donations.

Ogunlesi oversees $79 billion in assets, with over half of the company’s portfolio in energy investments, according to market data. GIP is part of a consortium which in 2020 bought a 49 percent stake in the Abu Dhabi National Oil Company’s infrastructure, in a deal worth $10 billion that gives them lease rights to gas pipelines for the next 20 years.

Ogunlesi, who is the senior director of Goldman Sachs and has sat on various boards at Harvard University, served alongside Blackstone’s Schwarzman on Trump’s business advisory council, which was abandoned after the former president described white supremacist protesters in Charlottesville as “very fine people”.

The report details the symbiotic relationships between ultra-rich private equity executives and the rest of America’s elite such as Carlyle’s co-founder David Rubenstein, whose net worth is estimated at $4.6 billion, and who sits on the board of several influential think tanks and arts.

“It’s a big problem that ultra-wealthy private equity executives are able to use their fortunes to enmesh themselves on the boards of the most prestigious universities, cultural institutions and think tanks,” said Derek Seidman, researcher with LittleSis and report co-author. “This helps them burnish their public reputations in ways that obfuscate the fact that they are, in reality, some of the world’s biggest oil barons.”

ArcLight, GIP, Carlyle and Kayne Anderson did not respond to requests for comment.