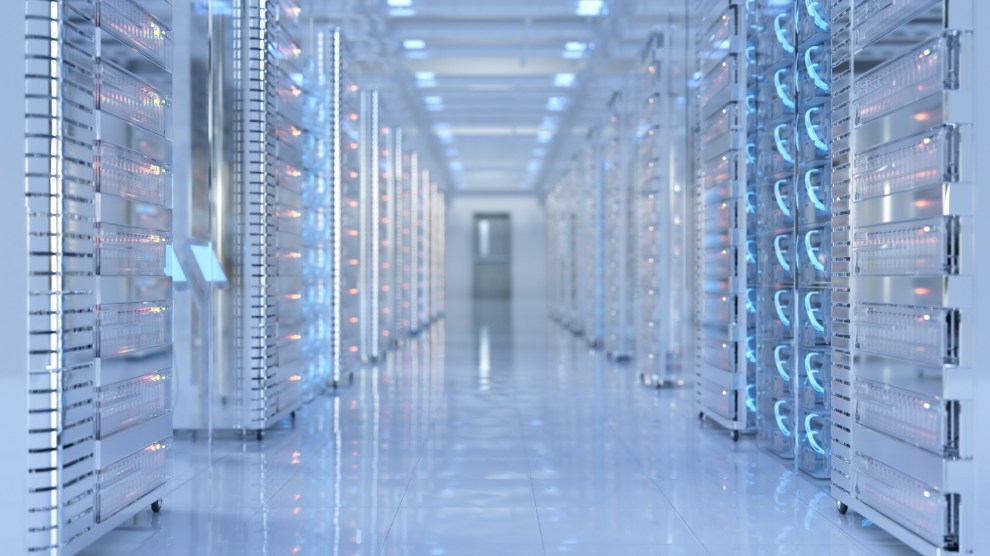 For all its faults—and there are many—the electrical grid in the United States is a miracle worker: If you flip a switch the lights come on, almost without fail. But as renewables like solar and wind replace fossil fuels, that miracle work gets a bit tougher because sunlight and wind aren’t always available. Navigating this intermittency, as it’s known among energy geeks, demands a fundamental rethink of how consumers use and even help store energy. One day electric vehicle drivers might, for instance, use their cars as a vast network of batteries that grid operators can tap into when renewables wane.

Another option might be to use information as batteries—of a sort. A pair of researchers has proposed that companies precompute certain data when the grid is humming with solar or wind power, and then stash it away for later use. Although the team dubbed the concept “information batteries,” don’t take “battery” to mean a physical device. This is digital, more of a timing strategy than a real battery, aimed at getting data-hungry companies like Google, Meta, Amazon, Apple, and Netflix to use clean power when it’s plentiful so utilities can avoid burning fossil fuels when it’s not.

If you can adequately predict consumer behavior, “then you can compute results before you actually need them, and store those results.”

This kind of power use is somewhat flexible, says University of California San Diego computer scientist Jennifer Switzer. “You can’t charge your car unless the battery has discharged at least a little bit, and you can’t wash your clothes until your clothes are dirty,” says Switzer, one of the researchers who proposed the idea in a paper published earlier this month. “But with computing, if you have some way of predicting, with even a small amount of accuracy, what you’re going to need in the future, then you can compute results before you actually need them and store those results. Instead of storing energy to use later, you’re storing data.”

This is a new idea, so it hasn’t been deployed in the real world, but it has plenty of potential use cases. Tech companies have to crunch all kinds of data: Google builds its search results, and YouTube converts videos into different qualities for you to choose from. Facebook has to recommend friends, and Amazon has to recommend products. Much of this processing work is done on demand. But these researchers think some of it could be done asynchronously, when green energy is flowing into the grid.

Think of the information battery concept as being a bit like the Post Office: The agency knows roughly how many letters to expect to deliver on a given day, but not which specific letter a carrier will need to get to your house. So the Post Office has to use energy to do some maintenance tasks in advance (like powering up sorting centers) to enable the less predictable ones (like delivering a letter to a particular address). Similarly, if tech companies can crunch through routine data tasks when renewables are available, the intermittency of those energy sources won’t be as much of an issue when it comes to on-demand calculations later. “The core concept here is that information has an embodied energy to it,” says University of Southern California computer scientist Barath Raghavan, who coauthored the paper with Switzer. “Information batteries are going to work well where things are highly predictable. You get that in the case of video encoding, movie rendering, graphics work.”

For example, the moment you type a search into Google, the system has to process the request. Some of that work can’t be done in advance because your exact request is unpredictable. (Google can’t read your mind—at least, not yet.) But the foundation of the search tool also relies on a lot of rote computation, unsexy work done in great big data centers that use lots of energy. Chunks of that sort of computation are done well before you hit “I’m Feeling Lucky.” Or consider the computational power needed to supply streaming videos. When processing video files, says Switzer, “if you know that there’s going to be a lot of Netflix traffic at a certain time of day, you could do that ahead of time and have that ready for some popular shows and movies, even if not all those are actually requested.”

“I think that you’re going to see major providers like Amazon, Microsoft, Google, Facebook sourcing most or even all of their energy from renewables.”

The most likely candidates for testing out this concept are companies that operate enormous data centers, because the demand for energy-intensive computing power—known as compute—is soaring. “The planetary scale for compute is going up dramatically, and I think that you’re going to see major providers like Amazon, Microsoft, Google, Facebook sourcing most or even all of their energy from renewables,” says George Porter, who is codirector of the Center for Networked Systems at the University of California San Diego and collaborates with Raghavan and Switzer, but wasn’t involved in the new paper. “And so in that particular case, I think managing this intermittency issue is going to be kind of a challenge.”

But Raghavan thinks this technique might also work for less-intensive energy consumers, like researchers who do climate modeling. “You can predict some fraction of the subtasks within that macro computational task,” he says. “And if you can get decent accuracy on those subtasks, you can precompute them and then later you can go and retrieve the results.” (It wouldn’t work as well for weather models, since that’s more immediate and less predictable.)

People have been doing this kind of batch processing for a long time, in other contexts. At night, for instance, there’s less competition for computing power in data centers because most people aren’t working then. So people who have to run a complex program might schedule it to run overnight, says Kurtis Heimerl, a computer scientist at the University of Washington who wasn’t involved in the proposal. “The really interesting thing in this paper is really moving that into an energy-conservation space, rather than usually just conserving computing resources in general,” he says.

“I think it’s really innovative,” says Porter. “It’s actually shifting work from the future to now. It’s just like at a restaurant, where they know how many pies they sell a day. So they’ll make a whole bunch in the morning, rather than on demand, and it’s more efficient and convenient that way.”

But like a restaurant staff, information battery users can’t predict the future—just parts of the future. A baker might know roughly how many pies they’ll sell, but not the age, height, weight, and socioeconomic status of the customers who will buy them. That’s asking too much. And so is asking a tech company to pre-crunch and then store all the data it’ll need tomorrow. The trick—and this is where Switzer and Raghavan are taking their research—is developing tools that isolate patches of data that are a good fit for precomputation. That would require knowing the unique needs of a given company or scientific modeling team.

Still, information batteries won’t be for everyone. “Where the information battery starts to not work as well is going to be in cases where the tasks are too small, where it’s not worth it from an energy perspective to precompute and store it,” says Raghavan. “It’s not going to always work—it’s not going to always give you high efficiency. But sometimes it will give you good efficiency.”

Starting with global tech giants, which would have the biggest influence on grid load, has another advantage: These companies can also shift computational tasks across the world. When it’s daylight in Europe, data centers there could take up more work. When the sun goes down, they could turn over that work to a data center in the western US, where the day is just beginning. Google’s already doing this, shifting tasks between data centers whenever carbon-free energy is locally available.

Getting the tech giants to match their demand to times when green power supply peaks is likely a cheaper solution than the leading alternative, which is spending obscene amounts of money on huge battery arrays to store solar and wind power. It’s no doubt simpler than convincing millions of individuals to time their home energy usage. It could happen long before there’s a fleet of electric vehicles big enough to serve as a distributed backup power supply. And it could mean sweet relief for an ailing grid.