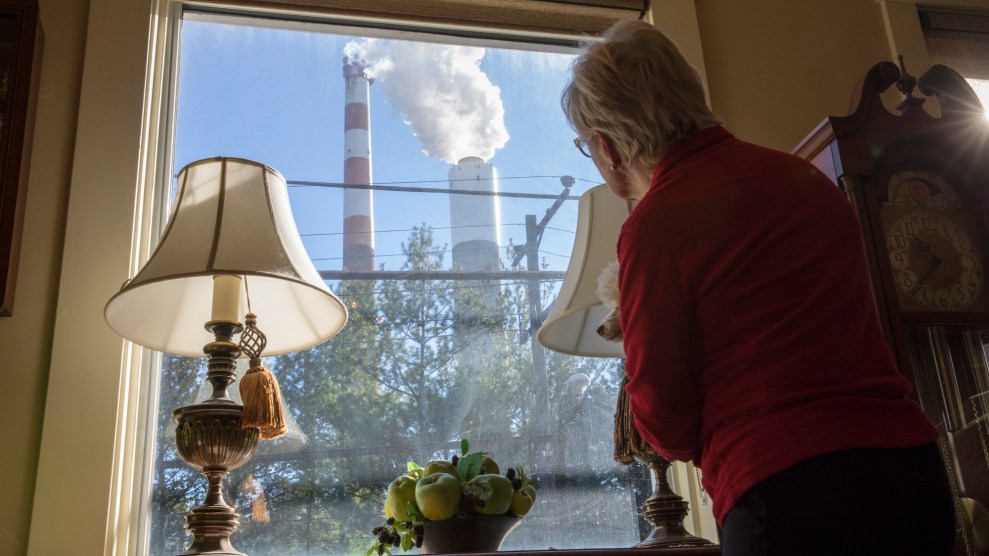 When a fossil-fuel power plant releases a ton of carbon dioxide into the atmosphere, how much does that increase the cost of property damage from rising seas—or hurricanes, or wildfires? What’s the price tag on the loss of crops and worsening human health outcomes caused by that ton of greenhouse gas?

According to the scientists in President Joe Biden’s administration, the answer is $51—at least for now. This number, known as the “social cost of carbon,” puts a dollar amount on the harm done by climate pollution. It’s a vital figure for all kinds of federal policymaking—from vehicle milage standards to pipeline approvals to oil and gas drilling—and also a deeply controversial one, given the huge range of factors that go into it. As former Mother Jones climate reporter Rebecca Leber wrote last year:

Settling on that one number is a minefield of disagreement, because it hinges on estimating generations of damages from climate change as well as the wealth of future generations. While science supports a high social cost of carbon to hasten the transition away from fossil fuels, the politics are much messier and fraught. It’s been a hotly contested issue since the Obama administration, which settled on $51 per metric ton finalized in 2016. The Obama administration used estimates of the social cost of carbon to help justify EPA rules directly targeting climate change, like reducing carbon emissions from cars and trucks, and indirectly, such as regulating mercury from power plants. An even higher figure would help to justify more aggressive action.

Amid all this messiness, former President Donald Trump lowered the estimate to between $1 and $7, allowing him to slash climate regulations, Leber reported. (By his administration’s reasoning, climate change impact outside the US shouldn’t factor in to the figure.) Biden, in turn, restored the social cost to an interim figure of $51 based on global climate change impacts, and revived a working group to update it.

But in this, as in so many other arenas, one of Trump’s federal court appointees has picked up the ball and is running with it. On Friday, James Cain, a federal judge with the Western District of Louisiana, issued a preliminary injunction to stop the government from using the Biden administration’s higher estimate. Cain sided with a group of Republican attorneys general who sued the administration last year, arguing that it was illegal to restore the higher estimate, and that doing so would drive up energy costs while decreasing state revenues from energy production, according to the Guardian.

The Hill reports that Cain’s order blocks federal agencies—including the EPA, the Transportation Department, and the Interior Department—from using the working group’s temporary $51 figure, in part because it accounts for global damage. This metric “directly causes harm” when used to evaluate the oil and gas lease sales some states depend on for revenue, Cain reasoned.

Cain’s ruling is a blow to Biden administration’s efforts to bring US climate policy more in line with that of the rest of the world, the Guardian writes. Meanwhile, the working group to update the social cost of carbon is running behind—the panel was expected to issue its findings a month ago.