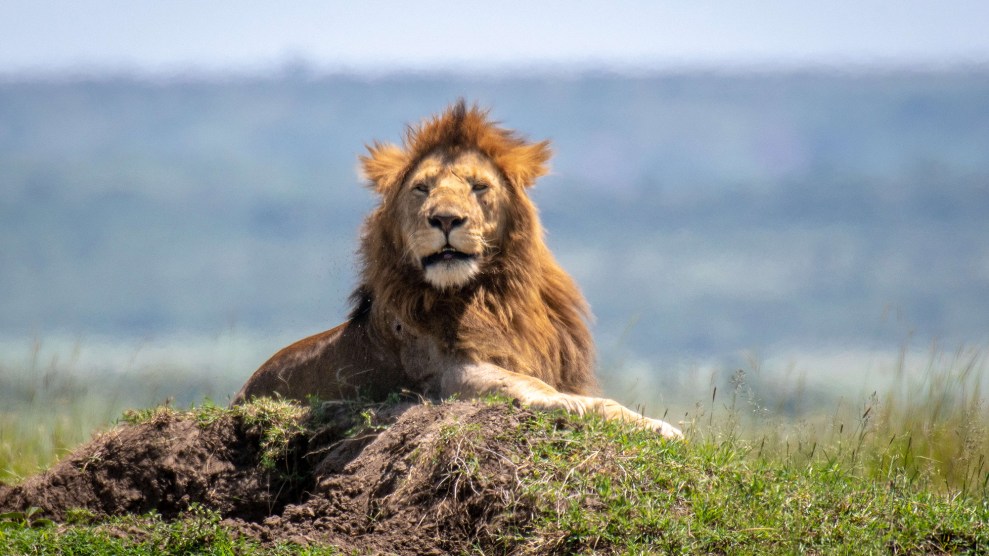 Conservatives in Britain are blaming a “handful of very wealthy peers” who make up the shooting and hunting lobby over the news that legislation banning the import of hunting trophies is to be scrapped.

The animals abroad bill contained measures including banning advertisements for holidays that include elephant rides. It was to be a flagship bill signaling to the world that post-Brexit Britain was a world leader in animal rights, legislating against animal cruelty abroad. Most significantly, it included a commitment to ban the import of endangered animal parts.

But over the weekend it emerged that the bill was no longer likely to be implemented. Government sources said it had been scrapped, and that manifesto commitments, including the trophy hunting import ban, would no longer take place in this parliament. The government has officially blamed a lack of parliamentary time to implement the bill, elements of which were promised in the 2019 Conservative manifesto.

“A handful of crusties have managed to seize control. A handful of very wealthy peers are pressing for all the animal welfare measures to be dropped.”

Ministers have blamed lobbying from the traditional wing of the party for No 10’s change of heart over the bill. A senior government source said: “A handful of crusties have managed to seize control. A handful of very wealthy peers are pressing for all the animal welfare measures to be dropped because they fear eventually it might mean their weekends could be affected.”

Some within the Conservative party believe, according to this source, that trophy-hunting animal rights activists will say that it is hypocritical to legislate based on nature-depleting action abroad when shooting weekends are still allowed in the UK.

Conservative MPs have called on Boris Johnson to keep the bill alive and implement it as soon as possible. Sir Roger Gale, a member of the Conservative Animal Welfare Foundation, which counts the prime minister’s wife, Carrie Johnson, as a patron, spoke out on Monday.

He said: “There is absolutely no place for trophy hunting in the civilized modern world. There is an infinitely better living for those in developing countries to be made out of photo tourism, the photographing of living wild animals, then there ever has been in murdering those animals simply to bring their body parts home and stick them on a wall. That is why trophy hunting has to be banned, and it has to be banned now.”

Lord Benyon, an environment minister, has said it will be “debated when parliamentary time allows.”

New polling from Survation, commissioned by the Campaign to Ban Trophy Hunting, has found that 92 percent of Conservative supporters are in favor of a ban on imports of endangered animal hunting trophies.

“Dropping a bill backed by 92 percent of your party’s supporters is baffling, to say the least.”

Eduardo Goncalves, of the Campaign to Ban Trophy Hunting, said: “Dropping a bill backed by 92 percent of your party’s supporters is baffling, to say the least. Aside from it being a broken manifesto commitment, it doesn’t look good when the prime minister and the Queen tell MPs the ban is going ahead, only to mysteriously axe it for no good reason.

“One can only hope this is some terrible misunderstanding and that Boris Johnson will move quickly to clarify matters. If, as is expected, there is a new Queen’s speech in May, then it is imperative that the trophy ban is included within it. The patience of many Tory voters is fraying. Animal welfare issues can be strong drivers of voting intention. If the Conservatives go back on this commitment, they can expect it to come back to haunt them.”

Those in the shooting lobby have welcomed the news that the bill has been delayed. Christopher Graffius, executive director of communications and public affairs at the British Association of Shooting and Conservation, said: “There is much good in the animals abroad bill that everyone who cares for animals and the countryside will support, but there are areas of the bill such as banning the importation of trophies from sustainable and regulated hunting which are not evidence based and will damage conservation.

“With limited parliamentary time produced by a heavy legislative agenda and war in Ukraine, the withdrawal of the bill allows for further consideration and improvement before its resubmitted to parliament.”