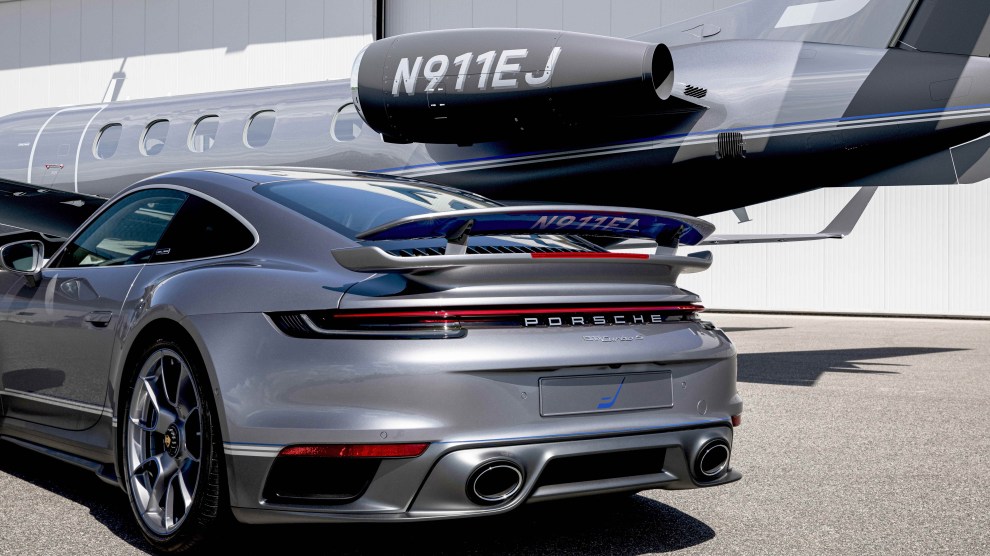 Experts say if enacted these “shifts” would account for a quarter of the required emissions reductions needed to keep the global heating down to 1.5 C and increase pressure on government and the private sector to make the necessary far-reaching systemic change.

The research has inspired the Jump campaign, urging people to sign up to make the changes. Tom Bailey, one of its co-founders, said if pledging to make all six shifts is too daunting, just making a start on some of them can make a difference.

Keep electronic products—smartphones, personal computers, smartwatches, and TVs—for at least seven years. “The addiction to gadgets and buying ‘stuff’ in general is a major contributor to carbon emissions,” according to the report.

The process of extracting rare earth metals and producing ever more products often generates more emissions than using the items themselves, the study shows. For example, only 13 percent of an iPhone 11’s lifetime emissions are down to its use; the other 86 percent are associated with its production, transport and end-of-life processing.

“We typically replace these products for an upgraded model at least every couple of years,” says Bailey. “The target is to keep electronic products for five to seven years—their full optimum lifetime.”

He says people should try repairing equipment, borrowing, renting or buying second hand, adding: “If you really need something then keep new items to a minimum.”

Many people have become accustomed to owning a car and for some their vehicle is essential either for work or because they are disabled or live in a remote area.

But car ownership is driving huge emissions, the research shows. Globally, transport is responsible for about a quarter of overall greenhouse gas emissions, and more than two-thirds of this comes from the engines of road vehicles.

Campaigners are calling on those who can to stop using private vehicles—ideally getting rid of any they own—and to turn instead to public transport, walking, cycling, or carpools. “If you were planning on buying a car, see if you can hold off and find alternatives which can get you where you need to go,” said Bailey. “If you are feeling brave, get rid of the car/s you have, or see if you can join a car-sharing scheme to share the benefit—and the emissions.”

The study says that although there is a lot of emphasis on the role of electric vehicles in tackling climate change, a bigger effort needs to go towards reducing the number of cars on the road overall as a significant source of emissions is in the manufacture of vehicles—even EVs.

The clothing and textiles industry accounts for more greenhouse gas emissions than international aviation and shipping combined and the rise of fast, disposable fashion is accelerating that trend. “Lower prices often means poorer quality clothes that don’t last as long,” Bailey said. “But these low prices have also resulted from unseen human and environmental costs such as pollution of rivers, poor working conditions, low wages and exploitation of workers in factories.”

Campaigners are therefore urging people to buy second hand, repair or adjust existing items and restrict purchases to three items a year—ideally ones that are durable and will last.

Bailey said: “These clothes might be more expensive, but it is worth considering the cost per wear. If it will last three times as long but is only double the price, that’s a financial saving over the lifetime of the item and better for the environment too.”

More than 25 percent of total global emissions come from the food system and today’s research shows there are three changes to diet that would dramatically reduce the impact of the food we eat:

Bailey said: “Changing our behaviors around food is the most impactful of all the shifts. And it’s not just about climate change; if you look at biodiversity loss, land use change, fertilizers in the ocean creating dead zones and the massive extinction and loss of insects due to pesticides, these problems are all driven by food.

Aviation contributes to about 2 percent of overall global emissions and this figure is increasing more than any other form of transport. Flying is also highly unequal: In the UK, 70 percent of all flights are taken by just 15 percent of the population.

Bailey said: “We can still see the world: flying abroad 15 to 20 times over a lifetime, or travelling more slowly overland to different places. But we need to get realistic about the impact of weekend city breaks abroad. Why not visit all the incredible places we have closer to home?”

The report suggests choosing holiday destinations closer to home that you can access by train, ferry or bus. It also advocates making use of technology such as video calls to keep in touch with family and friends.

The actions outlined above can lead to huge reductions in global emissions—25 percent of that required to keep to 1.5 C of warming—but the research is also clear that the bulk of reductions will come from systemic change made by governments and the private sector. To help transform the system campaigners are calling for people to make at least one change in their own lives. Ideas include:

Bailey says: “This shift is different to the others because the research doesn’t imply that individuals are responsible for changing global systems. However, we know that personal shifts to our own lives can, collectively, have a massive impact.”