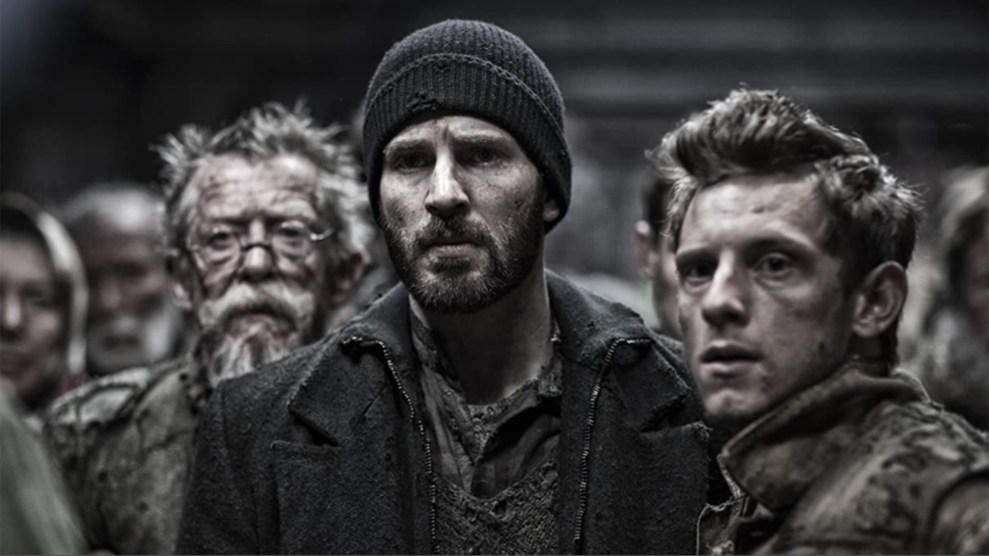 Climate scientists must be wondering what it will take to scare us straight. Watching flood waters submerge 80 percent of New Orleans during Hurricane Katrina didn’t do it. Nor did videos shot by Australians in 2019 as they fled walls of flame, a hellish orange haze in all directions. Will the deaths of more than six million people in the Covid-19 pandemic—a tragedy that has highlighted the links between climate change and infectious disease—jolt the world into action? I wouldn’t count on it.

The central problem is that climate change lacks a human face—a vision of the people who will inhabit the world to come, and what they will endure. When we look into the faces of our children and grandchildren, we’re unable to form a mental picture of them struggling to survive in the world we’ve bequeathed to them.

Sure, news reports and scientific texts about climate change have presented a clear-eyed view of what we’ve done to the planet over the last century and where that’s left us. The most recent United Nations report, for instance, painted an alarming portrait of Earth in the grips of climate change.

Films like “Threads” and “The Day After” forced humanity to view the flesh-and-blood consequences that accompanied our pursuit of world-ending weaponry.

But even those warnings may not capture the full extent of the brewing catastrophe: According to a Washington Post investigation published in November of last year, numerous countries continue to underreport their greenhouse gas emissions. In any case, the more recent warnings quickly faded from the news cycle, replaced by coverage of the crisis in Ukraine. While the war in Ukraine is a unique event, the loss of focus on our climate crisis is anything but.

So when will we be frightened into action?

I suspect that won’t happen until we are shown what it will look and feel like to live on a scorching, ocean-logged, and atmospherically violent planet. In other words, I suspect we’ll need the climate-change equivalent of The Day After.

Watched by more than 100 million television viewers on November 20, 1983, The Day After was a fictional but chillingly realistic movie depiction of nuclear Armageddon. I remember watching it in a student center at University of Toronto; it was probably the quietest event I can remember from my five years on campus. Despite its flaws—the movie downplayed the effects of a real nuclear war, for instance—the film left us shaken. People talked about it for months. Then-President Ronald Reagan watched the movie and wrote in his diary that it “left me greatly depressed.” The film was followed in 1984 by the British film Threads, yet another graphic depiction of the end that would await us if we followed the path to nuclear war.

In the years that followed, momentum built for what would eventually become The Strategic Arms Reduction Treaty, which was signed in 1991. It’s impossible to say whether fictional depictions of nuclear war played any role in bringing the US. and Soviet Union to the bargaining table. But they forced humanity to view the flesh-and-blood consequences that accompanied our pursuit of world-ending weaponry (a lesson we need to remember given the alarming war in Ukraine).

What The Day After and Threads achieved through cinema, Nevil Shute’s 1957 novel On The Beach accomplished with the written word. Shute’s book imagines a group of ordinary Australians living out their final months, marked for death by a slow-moving radioactive cloud. The story’s power comes from its heartbreaking depiction of real people―men and women, babies and seniors―all forced to measure existence in weeks instead of years. Their lives would last only as long as it took the winds to carry the deadly cloud to their shores.

Fiction transported us to an imagined place that was paradoxically more real and relatable than the nonfiction world that our government tried to show us.

I read On The Beach as a teenager growing up in Brookline, Massachusetts, during the Cold War, a period that must seem strange to students today. In hindsight, the duck-and-cover-drills and the public service messages on our black and white television screens—explaining what to do when a nuclear bomb is headed your way—seem laughably inadequate. My town even printed a pamphlet depicting what would happen if a bomb exploded over the commercial center just a few blocks from my home. Somehow, though, the haunting narrative of On the Beach succeeded where these other efforts failed. Fiction transported us to an imagined place that was paradoxically more real and relatable than the nonfiction world that our government tried to show us.

The same might be true of climate change. An emerging genre known as climate fiction, or “Cli Fi,” has attempted to drag us where nonfiction cannot go. Starting with J.G. Ballard’s The Drowned World in 1962, which imagined a flooded, almost uninhabitable planet, novelists began to carve out visions of a future in which climate disaster has already taken place. Octavia E. Butler’s Parable of the Sower,  published in 1993, looked ahead to the year 2024, now uncomfortably close at hand, and put readers into the mind of a teenage girl living in the remnants of a California gated community at a time of water shortages, crime, and destitution.

This January, I entered the Cli Fi genre myself, with the publication of my novel Though The Earth Gives Way, a retelling of one of the oldest novels, Boccaccio’s The Decameron. In Boccaccio’s book, noblemen and noblewomen who fled Florence during the Black Death hole up in a villa outside the city and pass the time by telling stories. I wondered what would happen if the men and women were instead refugees of climate disasters who’d fled the coasts and found their way by chance to an old retreat center in Michigan. Like Boccaccio’s characters mine, too, fall back on one of the oldest resources we have, one of the few destined to survive as long as we do: storytelling.

To be sure, nonfiction will continue to play an important role in helping us understand what’s at stake with climate change. In its 2021 feature “Postcards From a World on Fire,” for instance, the New York Times gave readers a climate tour of 193 countries: a sobering kaleidoscope of hurricanes, sandstorms, droughts, floods, and heatwaves that have turned our hottest cities into furnaces. With fiction, however, we can also stretch our minds to imagine postcards from the world that our children and grandchildren will inhabit if we don’t take immediate action on climate change.

I think you’ll agree: It is not a place we want to go.