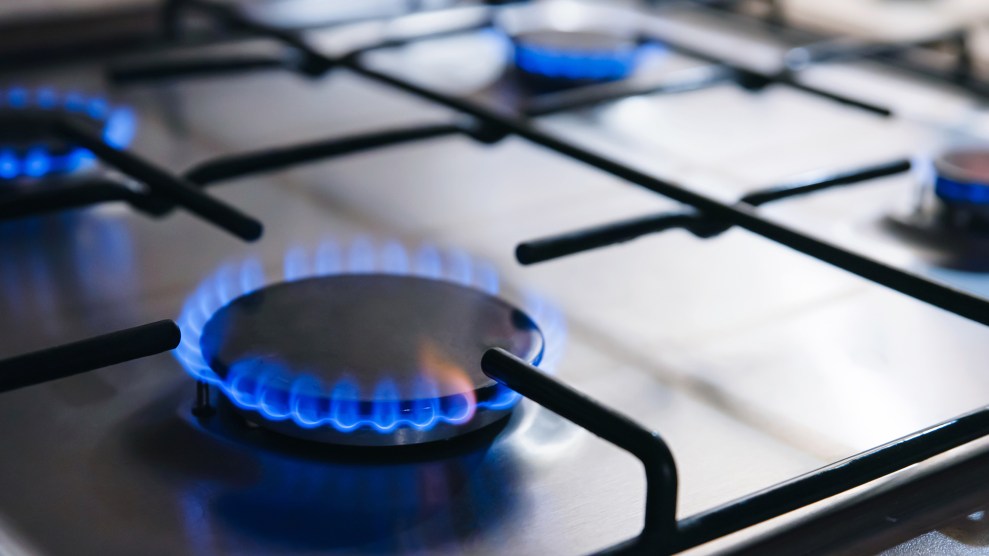 The Clean Air Act gives the US government broad power to protect public health by regulating major sources of pollutants. Rules developed under the law have, for example, required power plants to install filters and scrubbers to limit the release of sulfur dioxide and particulate matter. The Environmental Protection Agency, or EPA, has also used the law to phase lead out of gasoline and issue vehicle standards to reduce tailpipe emissions.

But there’s one significant source of pollution that the agency has so far ignored: All of the consumer appliances that burn natural gas or fuel oil in homes and businesses. The direct combustion of fossil fuels like these within the country’s buildings is responsible for roughly 10 percent of total US greenhouse gas emissions. On Tuesday, the Sierra Club and 25 other environmental and public health groups filed a petition asking the EPA to use its authority to crack down on fuel-burning appliances.

The petition asks the EPA to formally list all fossil fuel-fired heating appliances, including stoves and clothes dryers, as pollution sources.

“Emissions from buildings have a harmful, and frankly scary, impact on human health and contribute significantly to the climate crisis,” Amneh Minkara, the deputy director of the Sierra Club’s building electrification campaign, said in a written statement accompanying the announcement. “It is the duty of the EPA to keep the American public safe from breathing in these pollutants.”

While the Department of Energy regulates many home appliances in order to promote the most energy-efficient models, there are no regulations that aim to mitigate the health effects of pollutants from these devices, like nitrogen oxides, or NOx—a precursor to smog. The petition asks the EPA to phase in NOx performance standards for furnaces and water heaters, eventually landing on a zero-emissions standard by 2030. This would effectively ban the manufacture of these appliances altogether, forcing building owners to purchase alternative heating devices powered solely by electricity, like heat pumps.

Unlike the plumes of smoke seen over power plants or the black exhaust spewing out of a diesel truck, emissions from consumer appliances are largely invisible. But over the past several years, a growing body of research has shown that these sneaky releases cannot be ignored.

One study published last year found that pollution from residential buildings in the US now harms more people than that of power plants; it caused nearly 6,000 premature deaths in 2017 alone. A separate study published in the journal Science last year found that appliance-related pollution disproportionately affects people of color. (In an interview with Bloomberg, the lead author hypothesized that this may be related to the population density of urban areas, which are disproportionately inhabited by people of color.)

The Sierra Club’s petition notes that the EPA’s own data shows that fossil fuel-fired heating appliances have higher cumulative NOx emissions than several of the pollution sources that the agency already regulates for NOx, including natural gas-fired power plants, oil refineries, and cement plants.

Though the environmental groups are only requesting that the agency set performance standards for space heating and hot water appliances for now, the petition also asks the EPA to formally “list” all fossil fuel-fired heating appliances, including stoves and clothes dryers, as a new stationary source category of air pollution. Recent research has highlighted the dangerous effects of natural gas stoves on indoor air pollution and greenhouse gas emissions.

“We are asking for regulations for those two types of appliances specifically because they are the biggest emitters and have already been regulated at the state level, so EPA has a model to emulate,” the Sierra Club’s Minkara told Grist in an email. Several air quality management districts in California have standards for NOx emissions from gas-fired furnaces, for example, and Texas and Utah regulate NOx from gas-fired water heaters.

“Our petition leaves open the door for EPA to set performance standards for gas stoves in the future,” Minkara added.

More recently, cities in California, Washington, and New York have moved to ban gas appliances in new construction in order to meet their climate goals, and each of those states is also working on state-wide policies to restrict gas in new buildings. If the EPA takes up regulations for building appliances, the agency is certain to face legal challenges from the natural gas industry, which has already launched attacks on policies that prohibit gas at the local level.

In a statement provided to Grist, the American Gas Association, a trade group for gas utilities, disputed that banning gas appliances would benefit consumers or the environment, and that EPA has the authority to issue such regulations. “This proposal is bad energy and environmental policy,” it said.

The petition maintains that the EPA does have the authority—and that even the recent Supreme Court decision limiting the agency’s ability to regulate greenhouse gas emissions doesn’t stand in the way.