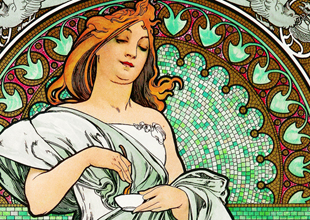 I stared again at the breast milk-increasing tinctures and fenugreek capsules under the dainty “For Moms” sign in Whole Foods, too embarrassed to ask where the corresponding “So You’ve Failed As a Mother” aisle might be. Eventually I discovered a short shelf of cans across from pet food. Even in San Francisco’s most stroller-endemic neighborhood store, you can buy a dozen herbal options to increase breast milk supply, but only two brands of infant formula—and one label actively encourages you not to buy it for actual infants under the age of one. I finally left with a guilty conscience and a tin of Earth’s Best Organic Infant Formula With Iron to try out on my six-month-old son. But what was I feeding him, exactly?

Infant formula has come a long way since chemist Justus von Liebig first patented a commercial cocktail of cow’s milk, wheat flour, malt flour, and potassium bicarbonate in 1865. Today, Similac, Enfamil, Earth’s Best, and other brands are fortified with everything from iron to the omega-3 fatty acid DHA, and most brands attempt to chemically match human milk as closely as possible. But even though artificial human milk is regulated by the FDA, researchers from the Centers for Disease Control and Prevention found last year that a thyroid-affecting chemical used in rocket fuel contaminates 15 brands of powdered infant formula, including two that accounted for 87 percent of market share in 2000. The CDC study omits the names of the top offenders, but a little sleuthing reveals (PDF) that they are referring to Similac and Enfamil, produced by Ross (now Abbott Nutrition) and Mead Johnson Nutrition respectively. (The Environmental Working Group handily includes phone numbers here for those and other infant formula companies if you’re interested in questioning the makers of your child’s brand.)

Not surprisingly, the International Formula Council blames any perchlorate in their formulas on the water used to make them. Unfortunately, pre-mixed liquid formulas come with their own potential toxins, as the chemical BPA can leach out of plastic bottles or cans into the formula they contain. But at least we’re not in China, where 76 tons of melamine-tainted milk products were seized on Friday, just two years after melamine-adulterated formula killed 6 infants and hospitalized thousands more in 2008. The FDA assures that levels of melamine in US infant formulas are “extremely low” (PDF). Feel better yet?

For all these reasons the American Academy of Pediatrics remains less than sanguine about infant formula, recommending exclusive breastfeeding for six months and continued nursing “until at least the baby’s first birthday.” Indeed, they credit mother’s milk with everything from breast cancer risk reduction to obesity prevention—though not, as attachment parenting guru Dr. Sears does, with higher IQ. [Read Hanna Rosin’s excellent Atlantic article here for an overview of the conflicting studies around breast milk’s unicorn-like magical properties.]

Frankly, if I’d done this research a month ago, I doubt I would ever have handed my (until then) exclusively breastfed six-month-old son a bottle of this to scarf down one night before bed. (He loved it, by the way. It tastes exactly like Ensure, which is made by the same company.)

Now that it’s too late to undo that choice, will I continue to use powdered formula to supplement my dwindling breastmilk supply—largely so I can get more sleep? Or double down on the fenugreek and commit to re-lactation if need be? I still haven’t decided.