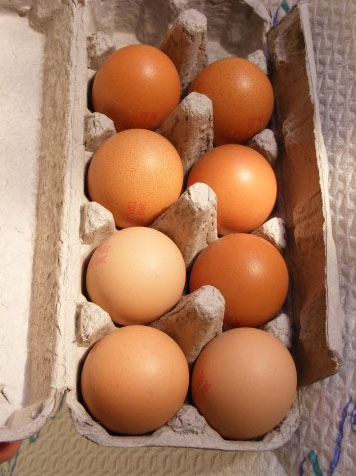 In the past months, more than 1,400 Americans have become sick after eating salmonella-tainted eggs, and half a billion eggs have been recalled from a single Iowa farm. Since the outbreak was identified in mid-August, it’s come to light that the United States Department of Agriculture failed to report unsanitary conditions at the farm to the Food and Drug Administration—a frightening reminder of the dangers of regulatory lapses. In the wake of one of the worse cases of food safety oversight failure, a watchdog group warned Monday that federal agencies are still too deferential to business and political interests.

While most federal employees believe interference is less of an issue under the Obama administration, hundreds of scientists and inspectors who oversee food safety at both the USDA and the FDA still say they have personally experienced pressure from business and political interests, according to the results of a survey released Monday by the Union of Concerned Scientists. The survey revealed that many in the agencies feel these interests inhibit their ability to perform their jobs adequately.

UCS worked with the Iowa State University Center for Survey Statistics on the report, sending a questionnaire to 8,000 food-safety employees in the federal government; 1,700 employees responded from the USDA and FDA. Of the respondents, more than a third agreed or strongly agreed with the statement that “public health has been harmed by agency practices that defer to business interests.” More than half said they believe the weight given to political interests in decision making is “too high,” while a third said the same of business interests. A third also said they had personally experienced one or more incident of political interference with their work.

Francesca Grifo, director of UCS’s Scientific Integrity Program, said that while the numbers have improved since the group last administered a survey of this type in 2006, they still show that “political interference continues.” That the responses were similar at USDA and FDA also “suggests need for broad reform.”

Grifo noted the lack of a uniform scientific integrity plan across the federal government that would lay out the guidelines for ensuring that policy decisions are guided by science rather than political or corporate pressures. One of Obama’s earliest executive orders last year was a demand for improved scientific integrity across federal agencies, directing his science adviser to create a plan that would ensure that scientific data is “never distorted or concealed to serve a political agenda” and that decisions are “based on facts, not ideology.” The plan was supposed to be delivered in July 2009, but has yet to be finalized. UCS has been bird-dogging this issue. “It’s really time for the administration to take on the scientific integrity work in a way that is specific to how agencies can do better,” said Grifo.