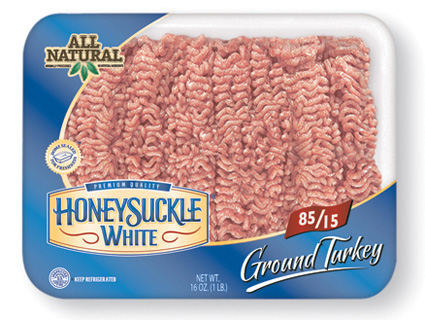 On August 3, agribusiness giant Cargill recalled a stunning 36 million pounds of ground turkey in response to an outbreak of antibiotic-resistant salmonella that had sickened more than 100 people and killed another.

The suspect meat had emerged from a single massive slaughterhouse in Arkansas. The fiasco inspired the company—one of the globe’s largest agribusiness firms—to shut down that plant to disinfect it and upgrade safety procedures there. According to the trade journal ThePoultrySite.com, Cargill took the following steps during the plant’s hiatus:

Officials from the USDA’s Food Safety and Inspection Service (FSIS) approved the upgrades, Cargill officials told the Minneapolis Star Tribune, and by mid-August, the plant was cranking out vast amounts of ground turkey again.

Turns out, though, the antibiotic-resistant salmonella strain that caused the outbreak managed to resist Cargill’s safety upgrades. On September 11, FSIS announced that Cargill is recalling 185,000 more pounds of ground turkey from its Arkansas plant, samples of which had tested positive for the exact same strain of antibiotic-resistant salmonella that caused the August calamity.

Interestingly, the FSIS reports that the new recall is based on a sample collected on August 24 that tested positive for the potentially deadly strain. That means that just over a week after reopening, the plant was already cranking out salmonella-tainted meat. So much for all of those antibacterial washes! It also means it took FSIS and Cargill two and a half weeks from production to act on the problems—meaning that the “most aggressive Salmonella monitoring and testing program in the poultry industry” turns out to be pretty sluggish.

Note that this is not the first time that Cargill—which processes 14 percent of the turkey consumed in the United Sates, along with a quarter of the beef and 9 percent of the pork—has had recurring recalls of the same product due to taint from the same antibiotic-resistant pathogen. In 2009, a beef processor owned by the company had to recall 826,000 pounds of hamburger meat laced with a resistant strain called Salmonella Newport—and the same plant had to recall another 22,000 pounds for the same reason a few months later. A USA Today investigation revealed that the troubled plant was a major supplier to the national school lunch program.

The real solution here doesn’t involve intensifying existing antibacterial systems or creating new ones. Rather, it involves correcting overuse of antibacterials—specifically, antibiotic abuse on the factory farms that supply giant processors like Cargill. If you’re going to raise animals by the thousands in close quarters, feed them daily doses of antibiotics, and slaughter them in a few vast facilities, resistant strains are going to develop and make it into kitchens nationwide.

The relevant regulatory and disease-monitoring agencies—USDA, FDA, CDC—have all acknowledged as much, but the federal government has stubbornly refused to regulate antibiotic use.

One reason may be government-industry coziness. Just last week, in the lull between the two recalls, the National Turkey Federation, the trade group that represents Cargill and other mega-processors, made a canny hire. It plucked Lisa Wallenda Picard from her post as chief of staff at the FSIS, and named her “vice president of scientific and regulatory affairs”—that is, the person who represents the industry’s interests to its regulators, i.e., the FSIS staff.