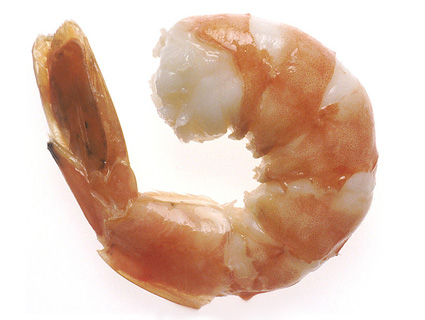 Is Gulf seafood safe to eat in the wake of BP’s massive oil spill last year? Absolutely, insists the Food and Drug Administration (FDA), which oversees the safety of the food supply.

To assess risk of eating seafood that has been exposed to oil, the agency establishes a “level of concern”—the threshold above which contaminants pose unacceptable risks for seafood consumers—for a variety of oil-related substances. According to the NRDC team, the FDA is using outdated science to set those levels way too high—and as a result, the agency is promoting the consumption of seafood that in reality poses serious risk to consumers, particularly pregnant women and children.

Of particular concern are polycyclic aromatic hydrocarbons (PAHs), which the authors call “known carcinogens and developmental toxicants.” They develop in crude oil that has spent time in the ocean—and can accumulate in the flesh of fish. According to the NRDC team, the FDA is using “levels of concern” for these nasty substances that are hundreds of times higher than is justified by current science.

Here’s how lead researcher Miriam Rotkin-Ellman summarized the research in a post on NRDC’s blog:

FDA’s “safe levels” were not safe for vulnerable populations because they allowed up to 10,000 times too much cancer-causing polycyclic aromatic hydrocarbons (PAHs) contamination in Gulf seafood.

How is the agency so grossly underestimating risk? Rotkin-Ellman points to no fewer than six “major flaws” in the FDA’s process:

Assuming everyone weighs 80kg (176 lbs), underestimating how much seafood Gulf residents eat, ignoring the cancer risk from naphthalene contamination, failing to address the increased vulnerability of pregnant women and children, allowing for a high level of cancer risk, and assuming that the contamination will only last five years.

Rotkin-Ellman writes that the FDA’s dodgy safety-screening process has led it to conclude that 123,000 micrograms per kilogram of shrimp of naphthalene, a particularly toxic PAH, is safe for everyone to eat. But according to her team’s assessment, healthy, nonpregnant adults should be exposed to no more 46.99 micrograms per kilogram. For pregnant women and children who eat a lot of seafood, the threshold should be no higher than 5.91 micrograms per kilogram. If the agency used proper thresholds for these contaminants, more than 50 percent of Gulf shrimp samples would pose significant risks to pregnant women who are heavy seafood consumers.

When BP’s monumental oil spill finally ended last year, a lot of powerful players had an incentive to declare to seafood supply safe: BP, to limit its obligation to compensate the area’s fishing industry; the Obama administration, to put an end to an embarrassing crisis; and the Gulf fishing industry, to protect a multibillion-dollar market. But the FDA doesn’t exist to answer to those interests; it exists to protect the public interest. If the NRDC team is right, the agency has failed to do so in the case of post-spill Gulf seafood.