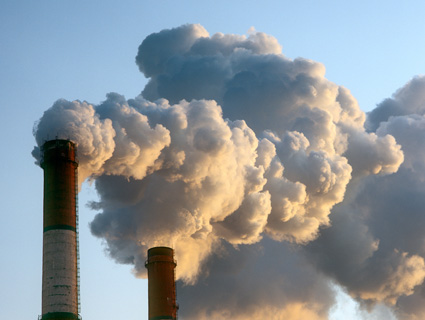 The logic usually applied to “food deserts” seems straightforward: If you make fresh food available to low-income areas that lack access to it, consumption habits and obesity rates will change. As the Washington Post pointed out on Friday, the Obama administration’s $400 million Healthy Food Financing Initiative is precisely this kind of plan, as is Philadelphia’s new $900,000 program to retrofit its corner stores.

But there’s a problem with this thinking. As the Washington Post and our own Kevin Drum have noted, a growing body of evidence suggests that bringing veggies to poor neighbors doesn’t necessarily fix the obesity problem, nor does it change habits. Instead, the environmental factors of obesity appear to be myriad and manifold, and the causal relationships are baffling as hell.

Enter another fascinating conversation to the mix: Researchers at Columbia’s Mailman School of Public Health recently published findings that pregnant women exposed to higher levels of PAHs (chemicals released into the air from the burning of coal, diesel, oil, gas and tobacco) more than doubled their risk of bearing children who would be obese by the age of 7. The correlation was consistent with the findings from experiments in mice, in which researchers discovered that exposure to PAHs resulted in increased fat mass. Not only did mice feel the bulge, but cell culture studies also revealed that exposure to PAHs limited fat cells’ ability to normally dispel lipids. The Columbia study is one of the first to show that obesity in humans isn’t only affected by what you eat—it’s also what you breathe in the air around you.

And PAHs are not the only chemicals that seem to impact obesity—Tom Philpott has also highlighted evidence that’s shown exposure to industrial chemical BPA (or bisphenol A), which is “found in everything from the lining of cans to the paper that most receipts are printed on,” can produce increased abdominal fat and glucose intolerance in animals. Even freakier is the other study Philpott mentioned, in which researchers at UC-Irvine found that BPA combined with epichlorohydrin (a compound called BADGE, for short) can essentially turn stem cells into fat cells.

Clearly, comprehensive obesity fixes call for more than displaying calorie counts at Dunkin’ Donuts, or even providing broccoli at the bodega. When I asked Rundle what kind of national policies he might endorse to tackle the issue, his answer was a common refrain that could have been lifted from any number of discussions on energy and climate change: “At the national scale moving the country away from coal fuel for electricity and into cleaner fuel sources would be a positive.”