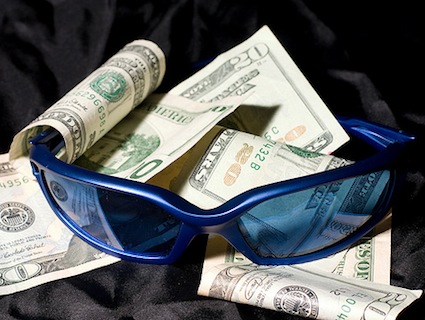 After I spoke at a pesticide industry confab a few months ago, an executive with the agrichemical/GMO seed giant Syngenta approached to politely challenge my assessment of the US regulatory agencies. I had charged that these federal watchdog groups kowtow to Big Food and Big Ag, regularly approving dodgy products or practices with little regard for how they may affect public health or the environment.

Au contraire, the Syngenta guy assured me. He insisted that the US regulatory system was full of rigorous scientists who vetted the industry’s products carefully and would never let something through that might harm the public. We began a tense conversation about Syngenta’s highly toxic and widely used atrazine herbicide, green-lighted by the Environmental Protection Agency despite growing evidence of harm to people and wildlife. We decided after a few minutes to agree to disagree.

The fellow’s gentle assurances of regulatory rigor have been echoing through my mind as I follow the spectacle of the Food and Drug Administration’s unfolding surveillance scandal, triggered by excellent reporting from the New York Times and Washington Post. The subject is off my beat—it involves the FDA’s medical-oversight arm, not its food wing. But it reveals just how completely large, powerful industries have gained ownership over their federal watchdogs and taught them to sit, heel, and perform other submissive tricks. And it also reveals that FDA-employed scientists are not always the bland, quiet characters I imagine them to be. A front-page article in Tuesday’s Times presents the saga’s chief whistleblower as a prickly, aggressive figure with a history of challenging employers with lawsuits.

Let me unpack the saga. Back in 2010, the Times reported on a scuffle within the FDA involving radiological screening devices made by General Electric. Agency scientists had expressed concern about excessive cancer risk posed by GE’s products, and feared that the agency would ignore their concerns and side with the powerful corporation. Here’s how the Times described it:

Scores of internal agency documents made available to The New York Times show that agency managers sought to approve an application by General Electric to allow the use of CT scans for colon cancer screenings over the repeated objections of agency scientists, who wanted the application rejected.

Since then, according to an eye-popping Times story earlier this month, the FDA has done the following things: (1) approved GE’s application over the objection of those scientists; (2) launched an extraordinary surveillance campaign to monitor the computer activity of the scientists and their attempts to blow the whistle; and (3) fired several of them, who have in turn filed suit claiming they were axed in retaliation for whistle-blowing.

Here’s the Times on the spying operation:

The agency, using so-called spy software designed to help employers monitor workers, captured screen images from the government laptops of the five scientists as they were being used at work or at home. The software tracked their keystrokes, intercepted their personal e-mails, copied the documents on their personal thumb drives and even followed their messages line by line as they were being drafted, the documents show.

The effort was exposed when a private firm contracted by the FDA posted 80,000 documents on a public website, revealing the FDA’s “day-by-day, sometimes hour-by-hour accounting of the scientists’ communications,” the Times reported.

It looks like the FDA knowingly chose to expose untold thousands of people to unnecessary cancer risk to apparently to appease General Electric and other medical-device makers.

And here’s the kicker: The scientists were apparently right. The Times reported last week that the US Office of Special Counsel, an independent federal investigative agency, has “found a ‘significant likelihood’ that the devices posed ‘a substantial and specific danger to public safety’ as the scientists had warned.”

According to the Times, the special counsel’s office “rejects the vast majority of the public safety claims that federal employees make.” But this time, it “found that the concerns were valid enough to warrant a full investigation,” and ordered Kathleen Sebelius, who oversees FDA as head of the Department of Health and Human Services, to conduct one. In other words, it looks like the FDA knowingly chose to expose untold thousands of people to unnecessary cancer risk apparently to appease General Electric and other medical-device makers—and fired and spied on scientists who tried to force the agency to do its job.

As for GE, it’s a sprawling company that invests millions every year to lobbying in Washington, on issues as broad as its vast product line. According to the web site Open Secrets, which tracks money in politics, GE has spent spent a total of $489,000 lobbying in the “Pharmaceuticals/Health Products” space since 2009. (See 2009, 2010, 2011, and 2012.) In early 2011, President Obama named GE CEO Jeffrey Immelt chairman of the Council on Jobs and Competitiveness.

The Washington Post, which originally broke the FDA story in January, before the full extent of the spying had been revealed, has more background on the controversy. It turns out the scientists’ concerns involved a wide range of medical devices.

The FDA scientists and doctors, all of whom worked for the agency’s Office of Device Evaluation, said they first made internal complaints beginning in 2007 that the agency had approved or was on the verge of approving at least a dozen radiological devices whose effectiveness was not proven and that posed risks to millions of patients. Frustrated, they also brought their concerns to Congress, the White House and the HHS inspector general.

Three of the devices risked missing signs of breast cancer, the scientists and doctors warned, according to documents and interviews. Another risked falsely diagnosing osteoporosis, leading to unnecessary treatments; one ultrasound device could malfunction while monitoring pregnant women in labor, risking harm to the fetus; and several devices for colon cancer screening used such heavy doses of radiation that they risked causing cancer in otherwise healthy people, the FDA scientists and doctors said.

They also had expressed concern about a computer-aided imaging device that searched for signs of breast cancer. Three times, a team of experts, including Smith, recommended against approval, and middle managers agreed in each case, he said. After the third rejection, a senior manager approved the device in 2008, he said.

And the concerns weren’t isolated to agency scientists, the Post reported.

In 2009 and 2011, the Government Accountability Office, Congress’s auditing arm, warned that some risky medical devices win approval through a process that is insufficiently stringent. The Institute of Medicine concluded in a major study last year that the FDA process for approving medical devices needed to be revised and based on “sound science.”

The Post added that most of the devices in question ended up being approved despite the objections.

In yet another twist, as noted above, the Times article published Tuesday presented an unflattering portrait of the former FDA scientist who led the charge against the devices and inspired the agency’s resort to surveillance, Robert C. Smith. Here’s the Times:

Dr. Smith—radiologist, lawyer, litigant and the man now at the center of a spying scandal at the F.D.A.—is in some ways typical of that peculiar Washington phenomenon known as the whistle-blower: He pressed charges of government abuse, battled with his bosses, and ultimately was shown the door amid lawsuits and investigations.

But he took his role to an extreme, according to former colleagues, scorning negotiations, making enemies of critics and papering Washington with complaints, which helped sow chaos at the agency. One co-worker compared his efforts to “a mutiny.”

The Times reports that Smith has a history of filing whistle-blowing suits against employers. Even so, Smith’s crusade appears to have merit. “Four times, the agency went to the inspector general to seek a criminal inquiry into allegations that Dr. Smith illegally leaked confidential information, had a financial conflict or improperly recorded conversations,” the Times reported. “Each time, the inspector general turned the agency down.” And, again, US Office of Special Counsel has found Smith’s claims compelling.

The story has generated little public outrage, I suspect because few Democrats have an appetite for an Obama administration scandal in the midst of a tight presidential election, and few Republicans relish a story that paints the administration as soft on industry at a time then they’re trying to make him look like the apostle of “job-killing regulations.”

I’d be curious to hear what the Syngenta guy from the pesticide confab would have to say about all this. To me, the tale calls into question our government’s willingness to challenge corporate power—even when serious issues of public health are at stake.