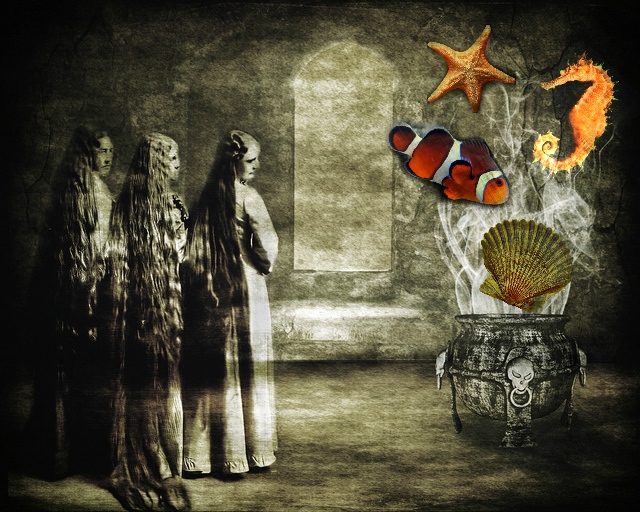 William G. Sunda and Wei-Jun Cai created a model to predict how CO2 from water pollution—that is, runoff from chemical fertilizers (farms), human waste (sewage), and animal waste (feedlots, ranches), plus nitrogen oxide from fossil fuel burning—might interact with the better-known source of CO2 that enters the ocean from the atmosphere, much of it a result of fossil fuel burning.

In either case, too much CO2 entering the ocean lowers the pH of seawater, which raises the acidity of the waters, preventing many marine organisms from getting access to the calcium carbonate needed to make their shells or skeletons. The result, called ocean acidification—sometimes called the “other CO2 problem,” global warming being the original—is already impacting commercial oyster beds in the Pacific Northwest. This process has been firmly on the scientific radar for the past 10+ years.

But no one has spent a whole lot of time thinking about the excess CO2 created by water pollution running off the land. Here’s what happens. Enriched waters wash off farms, feedlots, and cities to fertilize the ocean. Enough fertilized runoff triggers a cascade of catastrophic events:

Clams, oysters, scallops, mussels, and finfish could be the most heavily impacted in affected coastal regions such as the Gulf of Mexico and the Baltic Sea.

The result is a dead zone: where oxygen levels are too low (hypoxic) to support most marine life. A good example is the Gulf of Mexico dead zone that “blooms” every spring and summer when the spring and summer rains wash the excess nutrients from the bread basket of the American heartland downstream into the ocean. I wrote more about that here and here.

But there’s the excess CO2 of a dead zone too—which also causes ocean acidification. Basically the other other CO2 problem.

Their model predicts that rising acidity from water pollution will interact synergistically—that is, more than just the sum of the two sources—with rising acidity from air pollution at intermediate to higher temperatures. Together, the two processes could substantially increase ocean acidification and impact commercial fisheries in places with dead zone problems, like the northern Gulf of Mexico and the Baltic Sea.

Thus, while the impact of the two acidification mechanisms by themselves may be moderate in many instances, the combined effect of the two can be much larger. Such large combined acidification effects may cause significant negative impacts on coastal benthic [seafloor] ecosystems that are already stressed by hypoxia and rising water temperatures. Coastal systems support most world ?n?sh production and the overwhelming majority of shell?sh production, so the combined negative future impact of these anthropogenic stressors to marine ecosystems and ?sheries production could be substantial. However, future impacts will not only be dependent on increasing atmospheric PCO2 [partial pressure of CO2] or the amount of respiratory depletion of O2 [oxygen], but also on temperature and salinity, which will be influenced in the future by a changing climate linked to increasing CO2 in the atmosphere. 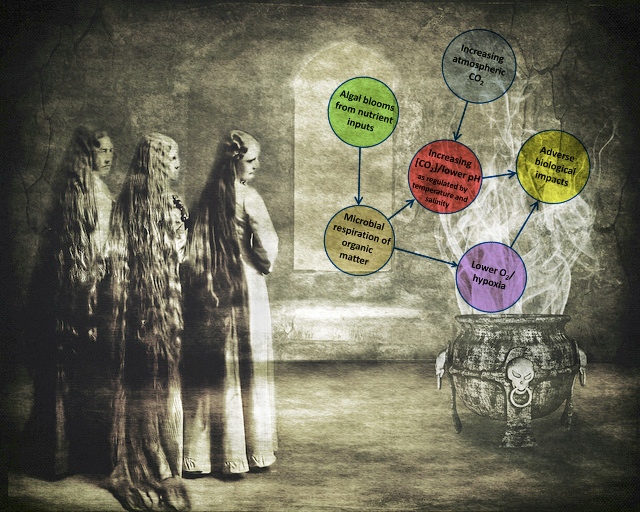