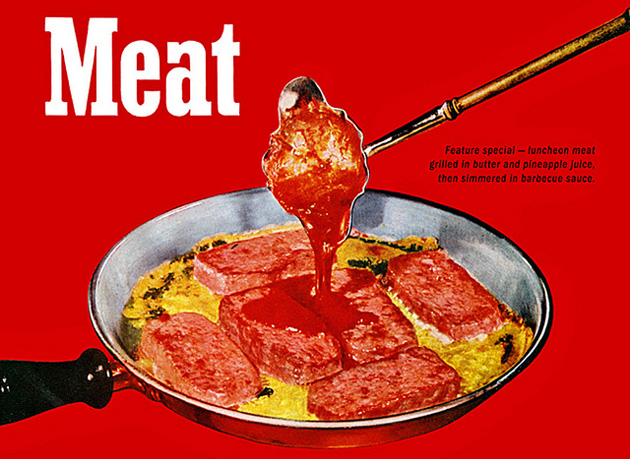 For the past hundred years or so, the food industry has used the laws of chemistry to beat nature into submission. Apples that don’t brown! Bread that rises to ethereal heights! Twinkies that last forever!

But Twinkie-makers do not last forever, and while feats of laboratory science were once hailed as progress, foodie culture has since turned against convenience and long shelf lives. These longreads explore how science and marketing have shaped our perceptions of what we eat. Tuck in.

For more long stories from Mother Jones check out our longreads archive. And, of course, if you’re not following @longreads and @motherjones on Twitter yet, get on that.

As the famous mind behind a different type of Apple product once said, “People don’t know what they want until you show it to them.” So while it may seem preposterous that a simple apple is too inconvenient to eat, makers of pre-sliced apples think they’re onto something.

For years, suspicion has been growing in the orchards of the Wenatchee Valley in Washington State and in the food industry at large that fruit, nature’s original hand-held convenience food, is simply too poorly designed for today’s busy eater. The apple, for instance: whatever it has meant to Americans over the years—from mom’s pie to the little red schoolhouse—getting our mouths around one has also apparently meant some unspoken aggravation. Next to a banana or a grape, it’s a daunting strongbox of a fruit, prohibitively so for anyone with braces or dentures; and even if you can break in, there’s no guarantee a given apple will eat as sweet as it looks.

While living in Mexico’s Yucatan peninsula, author Aaron Bobrow-Strain sets out to recreate the perfect 1950s-vintage American bread. It’s surprisingly easy, as long as you have something called “Magic Powder.” Artisan breadmakers may scoff at Wonderbread’s chemically fortified pillowiness, but there’s a reason for it:

In early twentieth-century consumers’ minds, fluffier bread seemed fresher—even if it wasn’t. Squeezable softness had become consumers’ proxy for knowing when their bread had been baked. By the 1920s, market surveys revealed that consumers didn’t necessarily like eating soft bread, but they always bought the softest-feeling loaf. By the 1950s, softness had become an end in itself, and savvy bakery scientists set about engineering ever-fluffier loaves—like USDA No. 1.

Like many a knockoff of luxury European products, truffles are produced more cheaply and on a greater scale in China. Europeans, understandably, are not happy about this. What does it mean to be a truffle in a world where truffles are cheap and plentiful?

It is very hard to tell the difference between a Chinese truffle and a Périgord black. If a Chinese truffle should happen to spend some time in close proximity to a good, ripe example of its French cousin, it will soak up the smell and be all but impossible to distinguish. Add the practice in some French truffle markets of selling unwashed truffles in small sacks or bags—sight unseen—and the temptation becomes obvious. Truffles would arrive in France as Tuber indicum at one hundred and fifty francs per kilo (about thirty-five dollars) and overnight be transmuted into prime French melanosporum, worth about twenty-five hundred francs (nearly six hundred dollars). It is thought that in the 1994–1995 season, imports were roughly double French production, and virtually none were sold as “Chinese” truffles.

The pinnacle of Canadian cuisine—insofar there is one—would be poutine, a dish of fries blanketed in cheese curds and gravy. This longread from the Canadian magazine The Walrus is not about poutine, but a humbler and even more ubiquitous version of carbs smothered in fat: Kraft Dinners. How did this dish assembled in a lab in Glenview, Illinois become so essentially Canadian?

Tell me what you think of Kraft Dinner, and I will tell you who you are. If you belong to Canada’s comfortable class, you probably think of the dish as a childish indulgence and a clandestine treat. The bite-sized tubular noodles are so yielding and soft, you will say a little sheepishly, and next to impossible to prepare al dente. The briny, glistening orange sauce tastes a little bit sweet and a little bit sour—at once interesting, because of the tension between the two flavour poles, but not overly challenging or unfamiliar. And its essential dairyness connects it to that most elemental of foods: a mother’s milk. KD is the ultimate nursery food, at least if you were born and raised in Canada.

The Perfect Milk Machine | Alexis Madrigal | The Atlantic | May 2012

Before a bull fathers even a single cow, dairy farmers can predict the milk production capabilities of its daughters—and then make their bull semen purchases accordingly. Big data and genomics has transformed the dairy industry. Human medicine could be next.

While there are more than 8 million Holstein dairy cows in the United States, there is exactly one bull that has been scientifically calculated to be the very best in the land. He goes by the name of Badger-Bluff Fanny Freddie. Already, Badger-Bluff Fanny Freddie has 346 daughters who are on the books and thousands more that will be added to his progeny count when they start producing milk. This is quite a career for a young animal: He was only born in 2004. There is a reason, of course, that the semen that Badger-Bluff Fanny Freddie produces has become such a hot commodity in what one artificial-insemination company calls “today’s fast paced cattle semen market.”

Investors were delighted to see the value of their venture increase, but the rising price of breakfast, lunch, and dinner did not align with the interests of those of us who eat. And so the commodity index funds began to cause problems…The global speculative frenzy sparked riots in more than thirty countries and drove the number of the world’s “food insecure” to more than a billion. In 2008, for the first time since such statistics have been kept, the proportion of the world’s population without enough to eat ratcheted upward. The ranks of the hungry had increased by 250 million in a single year, the most abysmal increase in all of human history.

If you’re in the mood to have your dinner (and dessert) ruined, read Mother Jones‘s investigations into a Hormel spam factory or the sugar industry’s cover up of sugar-damning research.