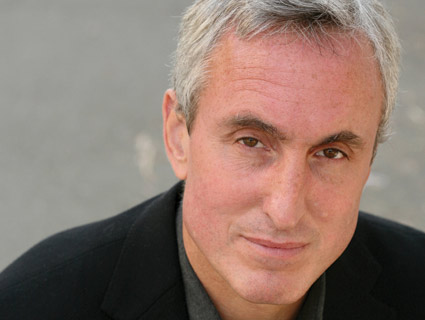 In their Halloween Day exposé “Big Sugar’s Sweet Little Lies,” best-selling science author Gary Taubes and researcher Cristin Kearns Couzens used internal documents to reveal the sugar industry’s decades-long campaign to bury scientific evidence suggesting that its product plays a role in what one industry honcho called the “death-dealing diseases.” Yesterday afternoon, Taubes showed up on Reddit to answer readers’ questions about the story, sugar, and just about anything else related to diet and nutrition. There were nearly 1,400 questions and comments. You’ll find below, largely unedited, the ones most relevant to the story. But all you nutrition fanatics can click here to read the entire thread.

Mamabearmcb: What are your thoughts on artificial sweeteners such as Sucralose, Stevia, and Xylitol?

Gary Taubes: Short answer is I think they’re all better than sugar/HFCS and there’s not nearly enough data—randomized controlled trials—to show whether they are deleterious on their own. The evidence is just poor and the observational studies linking diet sodas to obesity/diabetes are meaningless, because they’re, well, just observations and don’t say anything about cause and effect. I did a short New York Times Magazine piece on artificial sweeteners about a year ago and concluded that the stevia compounds are probably the best, in that they’re natural and have a long history of use. Here’s the link. That said, last time I had a Diet Coke I got a headache the likes of which I can’t remember having and so haven’t touched the stuff since and that was about four years ago.

unclewally: What will you be giving out to kids tonight?

GT: Reese’s. I’m looking the other way. Sometimes sacrifices have to be made.

vtmusicwork: 1. In “Big Sugar’s Sweet Little Lies” it appears that although added sugars per capita has increased by 10%, diabetes rates and obesity in adults have doubled while obesity rates in children have tripled. Why do you think these outcomes don’t correlate to the 10% increase in consumption? Is there another major contributing factor? 2. Do you believe in IIFYM when attempting to lose fat, and why? 3. Do you believe the Glycemic Index is valuable, and why? Do you think there is too much emphasis on it? Thanks for doing this AMA.

GT: Regarding your first question, there are a lot of assumptions made that just might not be true. First, there’s no reason to think that the relationship between sugar(s) consumption and health endpoints is one to one or linear. So maybe a little bit of added sugar pushes us over a threshold, or maybe there’s some exponential thing going on due to, say, epigenetic effects. Then you have to keep in mind that these definitions of obesity and type 2 diabetes are threshold effects—people go from having a BMI of 29.9, for instance, to a BMI of 30 and they’ve gone from overweight to obese and yet they’ve only gained a few pounds. This is another problem with trying to establish causes from observational data. All we can say is that consumption of sugars went up and obesity and diabetes rates went up and maybe these two trends are related. Then you need experiments to try to establish cause and effect. The problem that Cristin and I wrote about in “Sweet Little Lies” is that the sugar industry was actively working to make sure that these experiments would never be done, and the FDA reviewers (consciously or unconsciously) certainly helped in that regard.

Algrokoz: So all the economic data shows that quotas and price supports for American sugar farmers have directly led to the creation of and explosive growth of high fructose corn syrup. Ending them would certainly limit HFCS use for more traditional sucrose use, but I have heard in other places that there is really no difference gastronomically between the two. True or false?

If we replaced all the HFCS with sucrose would it lead to a meaningful reduction in obesity and diabetes?

GT: I’ve argued in the past that high fructose corn syrup and sucrose (what we typically mean when we refer to sugar) are effectively identical — nearly 50-50 combinations of fructose and glucose—and the research on metabolic effects, short term as it is, has tended to support this. Michael Goran of USC and his colleagues have recently reported that the HFCS used in sodas for instance may be as high as 65 percent fructose, when it should be only 55 percent. And some researchers—Goran among them—have argued that the fact that the glucose and fructose in HFCS are not bonded together, as they are in sucrose, also has a meaningful metabolic/hormonal effect in the human body. This could be true, in which case HFCS might be more deleterious than sucrose. The question would then be how much more and is that difference significant? If we replaced all the HFCS consumed in America today with sucrose would it lead to a meaningful reduction in the incidence of obesity and diabetes? (This is what’s implied by those manufacturers who advertise “No HFCS” as a selling point on their products and merely replace the HFCS with sucrose or some other fructose-glucose combination.) I doubt it, but it’s possible. One of my fears is that by demonizing HFCS, this will be the end result. At the moment my null hypothesis is that sucrose and HFCS are equally deleterious. And I’ll accept that HFCS might be marginally worse—it’s possible—but I don’t know if that translates to a meaningful effect in humans.

sudeepj: Do you think Big Sugar will face the same inquries and penalties that were imposed on Big Tobacco?

GT: There’s a fundamental difference here that I will think change the way this plays out. With tobacco, the evidence was damning and, as I understand it, the tobacco industry tried to cover it up and make it go away. With sugar, the evidence was suggestive and the sugar industry just tried to make sure that the research to either exonerate sugar or convict it would never be done. They also worked and still work to assure that no consensus will ever be achieved. So ethically it’s a different issue and it is legally as well. But now I’m stepping outside what little expertise I arguably have.

paintinginacave: Hello Mr. Taubes. In your article “Sweet Little Lies” you talk a lot about the history of the sugar lobby, especially one report that was stacked with sugar industry lobbyists and came to the conclusion that sugar was regarded GRAS (Generally Regarded As Safe). I have a few questions about this. 1. You claim that there was plenty of evidence at the time that sugar should NOT be labelled as GRAS. Do you think that it should not be? As in, it is toxic enough to be banned as an added substance in our food? 2. On a related note, do you think it would be realistic at this point to partially or completely ban sugar? 3. What do you think about mayor Bloomberg’s large-size soda ban in NYC? 4. If government intervention/regulation is not the answer, what is? Education?

“As for banning sugar, I can’t see that ever happening and I’m not sure it would be a good idea.”

GT: The GRAS review was fascinating because there was indeed plenty of evidence suggesting that sugar was not safe, but the question to some extent was whether it was “generally recognized as safe”, which it was. What amazes me about all this is that there was no mechanism for these GRAS reviews to say, “hey, this is a tricky issue, we need more research done and will postpone our decision until we have unambiguous evidence.” Instead, they just gave sugar a pass because evidence was not definitive and most experts were obsessed with dietary fat. As for banning sugar, I can’t see that ever happening and I’m not sure it would be a good idea in any case (see, alcohol and prohibition and the war on drugs for possible unintended consequences). What I can see is the country getting to a place, as it has with cigarettes, where the huge majority of the population understands the dangers of partaking and so restricts consumption significantly and the food industry gets on board by taking sugar out of products, or reducing greatly the amount, and then advertising it as such. And, yes, I’m a big fan of education as a potential answer.

OhThatNeal: Thanks for the AMA! Could you please offer your perspective on sugar addiction? In many of my health and nutrition classes, professors speak about how sugar is the most addicting substance we encounter daily. Even more than caffeine. Are these claims founded?

GT: I find the science not as compelling as I would like, and I find it fascinating that so few research groups have studied this. As a parent, I have little doubt that sugar is addicting and plays havoc with the brains of children. Or at least my children. As an ex-smoker and someone who has a sweet tooth, I also think it’s quite obviously addictive.

Banzai51: Wait, wait, there are people out there that believe the public doesn’t know that sugar is bad for them? It’s like 1977 all over again!

GT: Boggles my mind as well. But it appears to be the case.