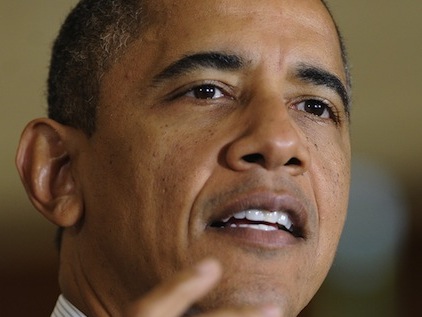 President Barack Obama enters his second term with a complex record on food and farm policy. Eight months into the first term, I assessed the administration’s record like this:

Like a tractor driven by a drunk, the Obama administration keeps zigzagging on food/ag policy–sometimes veering in the direction of progressive change, other times whipping back toward the agrichemical status quo.

That assessment held up pretty well—the “whiplash” I was getting from the early policy zigzags has settled into a permanent state. And that’s reflected in the impressive list of unfinished food and ag policy business the administration carries into its second term. On all of these issues, the administration could go either way, and there’s no telling now which.

But one thing is pretty clear: The time frame for resolving them in progressive ways is limited. “The window for getting things done is about 18 months,”  said Scott Faber, vice president for governmental affairs for the progressive Environmental Working Group. After that, the political class will be engulfed in the 2014 midterm elections—and the administration will likely turn cautious, reluctant to offend interests that might fund the opposition.

1. The farm bill: The basic outlines of food and farm policy are set out in the once-every-five-years farm bill. Congress and the president were due to hammer one out in the 2011-12 session. The White House gave Congress very few signals of what it was looking for in the farm bill, and Congress responded with proposals that enshrined agribusiness as usual (with the tweak of replacing direct payments to corn, soy, and other commodity-crop farmers with new crop-insurance subsidies), adding a bracing dose of austerity for people who rely on government aid for food.

The Senate ended up with a farm bill version that I judged could have been worse (but was actually pretty bad); the House ag committee responded with one that preserved the worst parts of the Senate plan (sellouts to agribiz interests in the form of crop-insurance subsidies) and added deep cuts to the critical food-aid program SNAP, formerly known as food stamps. But then the bill died in the House before the election, buried in a war among GOP factions over just how deeply SNAP could be cut and whether insurance subsidies favored by Big Ag interests could be tolerated in an age of fiscal austerity.

Now the farm bill has entered a chaotic phase. The lame-duck Congress could still get it together to pass one, but Ferd Hoefner, the policy director of the Washington-based National Sustainable Agriculture Coalition, told me it’s “a long shot” that the Senate and House versions will be reconciled before the clock runs down on 2012. If a deal hasn’t been worked out by the holiday recess, then the farm bill process starts from scratch along with the new Congress in 2013.

If that happens, will the administration use the political capital it won in the election to push a progressive new farm bill? That’s “theoretically possible,” Hoefner told me; but it’s “probably unlikely, given that they basically just sat and watched the process” in 2012. In other words, in the coming year, expect Obama to sign something that very much resembles what the House and Senate came up with last year.

2. New rules that would gut poultry slaughterhouse inspection: In one of its more craven moves, the Obama USDA came out with proposed new rules that would essentially move responsibility for monitoring the kill lines at poultry slaughterhouses from the USDA to the poultry industry itself. No longer burdened with the rigors of USDA inspection, the industry would be able to dramatically speed up the kill line at its plants—cutting processing costs while endangering the health of workers. According to Patty Lovera of Food and Water Watch, it is a “budget-cutting proposal, driven by the administration, not by Congress.” After much pushback from sustainable-ag, food-safety, and worker-health advocacy groups—23 of which signed a blunt September 20 letter opposing the new rules, joined by 16 public health researchers—the USDA has since sat on the decision of whether or not to implement them. “The rules are in limbo,” Lovera told me. It’s anyone’s guess whether the administration will push them through or let them die.

3. The Food and Drug Administration’s voluntary rules on antibiotics: The administration’s all-of-the-above approach to food and ag policy is embodied in the FDA’s proposed new rules that would limit antibiotic use on livestock farms. On the one hand, the proposal would mean action at last on an issue that the agency has been generally avoiding for 30 years, even as antibiotic use ramped up and the threat of antibiotic-resistant pathogens grew. On the other hand, the rules are voluntary and contain a gaping loophole that I identified here. Meanwhile, a federal judge has ruled that the agency’s voluntary rules are insufficient. How the FDA will negotiate the welter of interests at play—the meat industry’s push to keep the rules lenient, advocates’ demands for a crackdown, and judicial pressure—remains to be seen.

4. The administration’s once-promising, since-collapsed look into the market power of food and ag giants: Back in 2010, the Obama Department of Justice teamed up with the USDA to do something historic: They held public hearings to acknowledge and examine complaints that big seed companies like Monsanto and big meat processors like Tyson and JBS wielded undue power over farmers in setting prices. Meanwhile, the 2008 farm bill required USDA to write new rules designed to give farmers more leverage in a meat market dominated by large packers.

The efforts raised hope that after decades of largely unchecked consolidation, the DOJ and USDA might finally move to rein in industry power. But then the talks DOJ-USDA talks ended without any action. And the USDA’s meatpacker rules ended up being severely watered down.

If the administration was playing it cautious in deference to the 2012 election and now plans to stand up to Big Meat, we’ll soon know. Brazilian giant JBS, now one of the biggest players in the US meat market, has a bid in to buy Canadian beef packer XL, which owns two large US beef slaughterhouses. The deal would further consolidate the US beef market. “The Justice Department could roll up its sleeves and start an investigation at least,” Hoefner said. Or not.

5. Rules on snack food in schools: As part of the school lunch reauthorization bill of 2010, Congress ordered the USDA to change school lunches to make them more healthy. Those rules have already inspired huge pushback from industry, industry-aligned politicians, and some school kids. But the USDA has delayed the most delicate task demanded of it by the school lunch law: to reform rules governing so-called “competitive foods,” the snacks sold on school grounds outside of cafeterias. The junk-food industry has a huge stake in free access to impressionable young consumers in schools outside of the cafeteria line. Meanwhile, advocates are calling for strict rules limiting junk. Which way will the USDA break? Stay tuned.