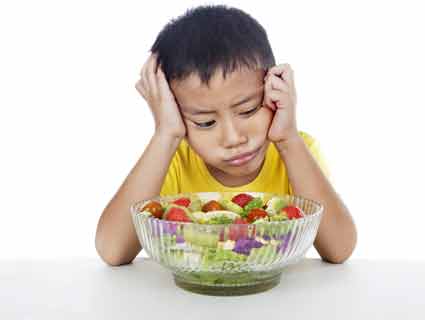 Bisphenol A (BPA) and phthalates are what’s known as “endocrine disruptors”—that is, at very small doses they interfere with our hormonal systems, giving rise to all manner of health trouble. In peer-reviewed research, BPA has been linked to asthma, anxiety, obesity, kidney and heart disease, and more. The rap sheet for phthalates, meanwhile, includes lower hormones in men, brain development problems, diabetes, asthma, obesity, and, possibly, breast cancer.

So, ingesting these industrial chemicals is a bad idea, especially if you’re a kid or a pregnant woman. But avoiding them is very difficult, since they’re widely used in plastics, and are ubiquitous in the food supply. The federal government has not seen fit to ban them generally—although the FDA did outlaw BPA from baby bottles last year (only after the industry had voluntarily removed them) and Congress pushed phthalates out of kids’ toys back in 2008. Otherwise, consumers are on their own to figure out how to avoid ingesting them.

Unfortunately, that’s a really hard task—and eating fresh, local, and organic might not be sufficient, as new research (abstract), published in the peer-reviewed Journal of Exposure Science and Environmental Epidemiology, shows.

A team led by Sheela Sathyanarayana of University of Washington’s Seattle Children’s Research Institute performed a “dietary intervention” on two sets of five local families. After using urine tests to establish baseline BPA and phthalate levels for each group, they subjected one set of families to five days of eating meals from a catering company that avoids plastics and uses fresh and, when possible, local and organic ingredients. The other set was given “handouts describing best practice recommendations to reduce phthalate and BPA exposures” and asked to follow them as well as possible as they prepared their meals over the course of the five days. Levels of the chemicals were then again measured after the five-day period.

“I’m a pediatrician, and people are always asking me, ‘What can we do in the home to reduce our exposure to these chemicals?'” Sathyanarayana told me. The idea was to figure out whether merely giving people common sense tips—reduce consumption of canned foods, avoid contact between food and heated plastic, etc.—was sufficient for achieving significant exposure reductions. They assumed that the catered diet, with its fresh, plastic-free foods, would see their levels of these chemicals drop, and that the families merely following good-practices guidelines wouldn’t see much of a change. The takeaway would be: The guidelines aren’t enough, and we need to do more to protect people from these chemicals, because switching to completely scratch-cooked meals isn’t an option for most families.

For the catered local and organic diet group, BPA levels doubled and levels of the highly toxic phthalate DEHP jumped a stunning 2,377 percent.

But what they discovered, Sathyanarayana said, was “completely unexpected”: The handout-receiving group  indeed showed no change, but for the catered local and organic diet group, BPA levels doubled and levels of the highly toxic phthalate DEHP jumped a stunning 2,377 percent. In other words, the researchers were right that following guidelines wouldn’t do much to decrease exposure, but were surprised to find that eating mainly fresh, local, organic food, cooked and stored without plastics, seemed to dramatically boost levels of these endocrine disruptors.

The researchers were surprised for good reason. Sathyanarayana told me that the team went to great lengths to ensure that the food prepared for the catered-diet group had no exposure to plastic in preparation, cooking, or storage of the ingredients used, to the point that the caterer asked its local farm suppliers to deliver produce in crates instead of plastic bags. And in a 2011 study, published in Environmental Health Perspectives, a different set of researchers had subjected five families to a similar catered diet, and got the expected result: BPA levels fell by 66 percent and levels of DEHP dropped by 53 percent to 56 percent.

DEHP is a phthalate. Note the dairy products at the top of the chart, and the spices, especially coriander, toward the bottom. Study by Sathyanarayana, et al, 2013.

Stunned by their outlier results, Sathyanarayana and her team went back to the caterer and tested a range of ingredients for phthalates (they didn’t test the food for BPA). The researchers found high levels of DEHP in two kinds of foods: dairy, which had come in glass bottles from a local farm, and spices, which were certified organic but imported. All of the rest of the ingredients showed very low levels. (See table, right). Sathyanarayana said that phthalate levels for children in the study spiked even higher than those of the adults—probably because they may have consumed more dairy products than the adults, and because of their lower body weights.

Sathyanarayana told me that spices and dairy are well established as carriers of phthalates. She pointed me to this 2006 European study (PDF) on a range of foods (see table IV) that also found high levels in those foodstuffs. She added that the levels found in the milk and spices used by the caterer were much higher than levels found in previous studies.

I asked Sathyanarayana how phthalates could be getting into glass-bottled milk from a Washington dairy that sells into the Seattle market. She stressed that the group had no specific information on the dairy itself and had only tested its retail milk, cream, and butter. But she pointed out that that even in relatively small commercial dairies, milk is collected by from cows’ udders through soft, flexible plastic tubing—the very kind that often contains phthalates, which are used to make plastic flexible. “It’s warm milk going through soft plastic, and we know that when phthalates in plastic are heated, there’s leaching,” Sathyanarayana said. She stressed that her analysis of possible pathways for exposure was purely conjectural.

As for the organic spices—check out ground coriander in the chart above—she noted that organic standards say nothing about chemicals that might leach into foods through processing. Virtually all spices consumed in the United States are imported, and it’s extremely difficult to get information on processing practices, which might be where endocrine disruptors are sneaking in.

“The lesson is that you can try to reduce exposure, but there are unknown sources of phthalates that could be very large lurking in the food chain.”

I should note, as the study itself does, that these results require much more research before firm conclusions can be made about, say, dairy and spices. The sample size is extremely small, and the results could stem from a problem at a particular dairy or a spice processor. It would be foolhardy to draw conclusion about the BPA or phthalate levels of any particular food, organic, local, or not, from this study alone.

But the findings illustrate a larger point: Independent of choices we make as consumers—whether we buy milk in glass bottles or microwave food in plastic containers—processing is taking place beyond our view that can contaminate our food with endocrine-disrupting chemicals. I ran the study by Kim Harley, associate director for health effects at University of California-Berkeley’s Center for Environmental Research and Children’s Health, who has done epidemiological studies on BPA and other endocrine disruptors. “The lesson is that you can try to reduce exposure, but there are unknown sources of phthalates that could be very large lurking in the food chain,” she said. She added that if the best efforts of well-resourced scientists can’t always come up with food that’s untainted by these chemicals, then consumers acting on their own are in a tight spot.

In my view, when individual consumers can’t protect themselves through reasonable means, collective action—i.e., regulation—is the only remedy. These results add to a weight of evidence that should push the FDA to take action on the role of plastic conditioners in food processing and packaging.

I asked Sathyanarayana how she is advising families to minimize exposure to BPA and phthalates. “I’m advising that they not use plastic in cooking storage, and preparation, and to focus on fresh foods and low-fat foods,” she said. If only that were enough.