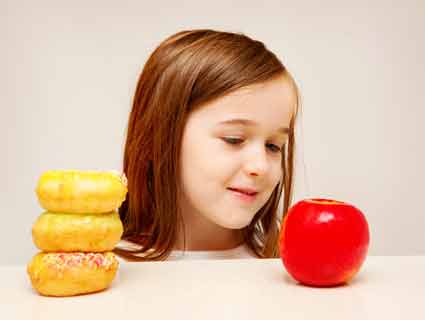 “All calories count,” declared the voiceover in an infamous recent Coca-Cola ad. “No matter where they come from, including Coca Cola and everything else with calories.” Message: a calorie is a calorie; don’t blame our sugary drinks for your troubles!

But all calories aren’t created equal, two recent studies suggest. The first one, on sugar, is alarming; the second, on the so-called Mediterranean diet, is comforting.

Let’s get the bad news out of the way first.

In a new study published in the peer-reviewed PLOS One, a team of researchers from Stanford and the University of California looked at trends in Type 2 diabetes rates and per-capita sweetener consumption in 175 countries, controlling for a host of factors including wealth, population age, urbanization, and obesity. My colleague Mike Mechanic has the goods on what they found: The more sugar a nation consumes per-capita, the higher its diabetes rate. No other food type showed any significant association with diabetes, the authors found. They add that the correlation between sugar consumption and diabetes rates is “independent of sedentary behavior and alcohol use, and the effect was modified but not confounded by obesity or overweight.”

As for the calorie-is-a-calorie claim, get this:

In other words, calories from sugar emerged from the study as the unique driver of Type 2 diabetes.

And how bad is diabetes? Here’s the Mayo Clinic:

People with Type 2 diabetes are also vulnerable to kidney, eye, foot, and bone damage, the Mayo Clinic reports, and the health organization also points to emerging research linking insulin disorders like Type 2 diabetes to Alzheimer’s disease, a connection I wrote about here.

Okay, so if calories from sugar appear to cause grave damage, what about calories from whole foods like extra-virgin olive oil and nuts? According to a new study from Spanish researchers published in the New England Journal of Medicine, they have the opposite effect. The team looked at older people (men 55 to 80 years of age; women 60 to 80 years of age) who didn’t have cardiovascular conditions but who had a high degree of risk for them, i.e., risky conditions and habits like overweight, diabetes, and smoking.

The subjects were directed into three groups: Two of which were encouraged to switch to separate versions of the Mediterranean diet, based on minimally processed fish, olive oil, nuts, fruits, and vegetables, while the other was prodded to follow a low-fat diet. None of them were asked to restrict calories.

About 30 percent of heart attacks, strokes and deaths from heart disease can be prevented in people at high risk if they switch to a Mediterranean diet rich in olive oil, nuts, beans, fish, fruits and vegetables, and even drink wine with meals, a large and rigorous new study has found.

The findings … were based on the first major clinical trial to measure the diet’s effect on heart risks. The magnitude of the diet’s benefits startled experts. The study ended early, after almost five years, because the results were so clear it was considered unethical to continue.

Kolata reports that before these results, some experts has “hesitated to recommend the [Mediterranean] diet to people who already had weight problems, since oils and nuts have a lot of calories.” What the study suggests, though, is that such high-calorie food actually can be healthy even for older people at risk of cardiovascular disease. Again, the food industry’s a-calorie-is-a-calorie mantra falls flat.

It’s as straightforward as it is un-American: [a healthy diet is] low in red meat, low in sugar and hyperprocessed carbs, low in junk. High in just about everything else — healthful fat (especially olive oil), vegetables, fruits, legumes and what the people who designed the diet determined to be beneficial, or at least less-harmful, animal products; in this case fish, eggs and low-fat dairy.

This is real food, delicious food, mostly easy-to-make food. You can eat this way without guilt and be happy and healthy. Unless you’re committed to a diet big on junk and red meat, or you don’t like to cook, there is little downside.

But there is downside for the food industry, because following such a diet means not relying on its processed products—or its creed that all calories are created equal.