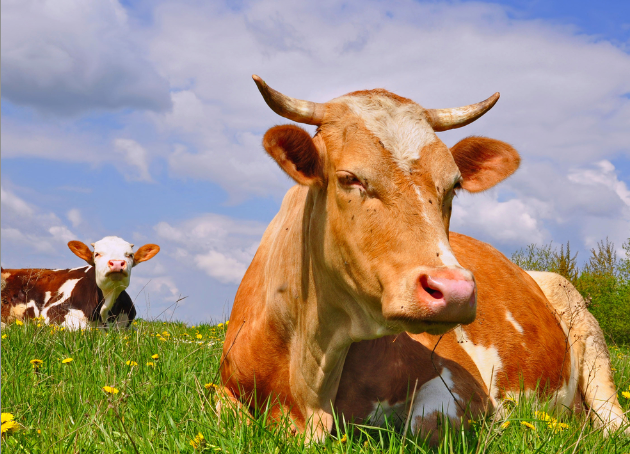 The House and Senate are in the middle of ironing out the differences between their two separate versions of the farm bill, the $1 trillion piece of legislation that funds agriculture and nutrition programs. The House GOP is fighting to maintain the $40 billion in cuts its bill makes to the food stamp program—a move that would force 4 million low-income people off food aid—while claiming the moral high ground. And there are other hypocritical provisions in the House Republicans’ farm bill. Here are four:

1. The GOP wants to balance the budget, unless it means taking money from the rich. The House Republicans’ farm bill would cut the deficit by some $53 billion, $40 billion of which comes from gutting the food stamp program, known as the Supplemental Nutrition Assistance Program, or SNAP. If Republicans get their way, 1.7 million unemployed adults who make about $2,500 a year and 2.1 million low-income working families and elderly people would be kicked off the program next year. Some 210,000 kids would lose school lunches.

Meanwhile, the House bill doles out the most generous farm subsidies in history, most of which go to the wealthiest farmers and agribusiness. And while the Senate farm bill fully eliminates the $5 billion direct payment program, which pays farmers who don’t grow anything, the House bill retains direct payments to cotton farmers for two years, a move that is projected to cost $823 million. Even safety-net cutter extraordinaire, Rep. Paul Ryan (R-Wisc.) admitted to the New York Times in July, “Right now, the federal government favors the big guy over the little guy.”

2. House Republicans want to put people back to work…by slashing jobs programs. Conservatives in the House say their farm bill cuts SNAP in order to get people out of the government hammock and back to work. That same farm bill ends job placement services and worker training for people trying to do just that. (P.S. Putting people back to work doesn’t necessarily obviate the need for food stamps. Many who work full time at the minimum wage still need SNAP and other public programs to get by. In fact, fast-food wages cost taxpayers about $7 billion a year.)

3. Republicans want to make poor people more accountable, not rich farmers. The bill would force food stamp recipients to submit to “asset tests” to prove that they do not have more than $2,000 in savings and do not own a car worth more than $5,000. While the Senate farm bill would reduce crop insurance subsidies based on the income of a farmer, the House bill would not, nor would it require any similar type of asset test. Both House and Senate versions of the farm bill contain new restrictions on who can actually qualify as a farmer and thus receive a payment. For instance, someone who lives in Manhattan and doesn’t physically farm couldn’t get a payout. But rural Republicans in the House want to remove this provision from the final bill.

The House legislation would also require people applying for food stamps to take a drug test. Farmers who want subsidies, however, would not have to pee in a cup.

4. House GOPers quote the Bible, while giving states perverse incentives to boot people off food aid. Lawmakers like Reps. Stephen Fincher (R-Tenn.) and Rep. Doug LaMalfa (R-Calif.) have trotted out the Word of the Lord to justify slashing the food stamp program. But Jesus probably would not have awarded states perks to kick as many people off of food stamps as possible, as the GOP farm bill does. The legislation would allow states to keep half of the federal money that would have been spent on food aid whenever they eliminate someone from SNAP.