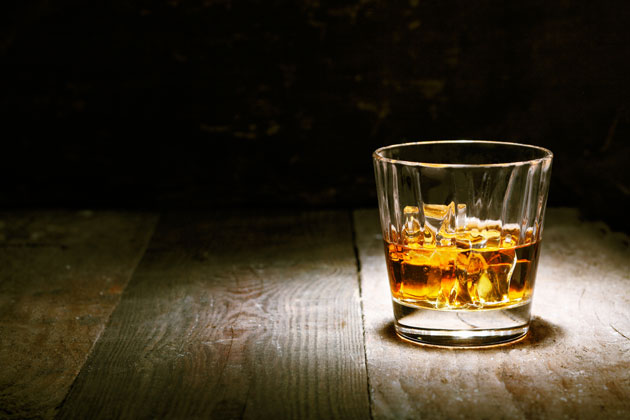 Around the world, the surprising thing is not who drinks alcohol, but what they make it from. In Central Asia, fermented horse milk has been a drink of choice for centuries. In Middle Ages Scotland, the local brew was aptly dubbed usquebaugh (“water of life”), before migrating south and becoming the whisky we know today. The art and alchemy of booze-making may vary considerably from place to place, but the underlying principles are universal. Out this week, Proof: The Science of Booze, by Wired Articles Editor Adam Rogers, is a brisk dive into the history and geekery of our favorite social lubricant. It gets under the cap and between the molecules to show what makes our favorite firewaters so irresistible and hard to replicate. I met with Rogers at 15 Romolo, an unassuming and dimly lit bar in San Francisco’s North Beach neighborhood, to talk about how the stuff is made, and how a good stiff drink often doubles as a miracle of human ingenuity. 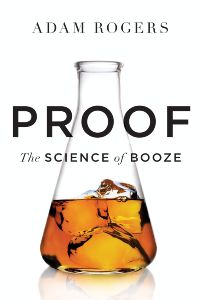 Adam Rogers: It’s called a Corpse Reviver #1. It has Calvados, a French-style apple brandy; armagnac, a wine-based brandy—you can make brandy anywhere but you can only make armagnac in Armagnac in the South of France—Carpano Antica, a very good vermouth; and orange bitters. Corpse revivers are a pick-me-up, developed for hangovers. There used to be a ton of these; now we don’t drink very many of them. In the book I talk about the “bloody family”— bloody Mary; bloody Maria (with tequila); Caesar, which is a bloody Mary without the tomato juice; and a mimosa, I guess. It used to be, pre-prohibition and during prohibition, you were basically drunk all the time if you had the money. You’d cure the hangover by having another drink, and go to work.

There’s a lot of novelty-seeking in my chase for drinks. I’ll say to the bartender, “Give me the weirdest one you have,” just to see what it is. Distilling is such a strange and arcane art, still. Not quite a science yet, but when someone’s making something weird, I like to know about it.

MJ: Is there a secret to ordering a really good drink?

AR: Dave Arnold, who runs Booker and Dax in New York City, is an alchemist, one of the only bartenders I’ve met who’s trying to do the science on mixed drinks as opposed to just making stuff. He told me this story: It used to be that when you went into a restaurant, there was no menu. The chef was just expected to make an array of stuff. I’ve actually been to a restaurant where they did this, an Italian place. “We got chicken, we got veal, we got short ribs. We could do a picatta, we could do a marinara.” And you’re kinda like, “Really? I don’t know. Don’t just make me imagine some dish.”

But we still expect that from bars. We expect the bartender to make any of maybe 25 drinks. Sometimes we’ll even play stump-the-bartender, like, “I will have a whatever” and the bartender says, “I don’t know how to make that,” and you look it up on your phone and you’re like, “Make that.”

Arnold said, “Don’t do that! You wanna know what the chef’s expertise is, and what the chef found at the farmer’s market that morning, and what the chef thinks he or she can make. In the same way, if you go to a bar that’s a considered bar, you wanna know what the bartender thinks he or she can make.” So I’ve now started to order off the menu. This is a great bar because it has great ingredients, the bartender knows what he’s doing, he’s mixing them out to measurement, not just pouring a shot. There’s fresh food on the bar. This is the kind of bar that went away for 100 years. Now you can find at least one in almost any city. The bartender is trying stuff, either because they’ve read it one of the old canonic texts or because they met another bartender who’s making it, or they randomly started themselves. That’s really new.

MJ: This kind of applies to beer as well. Was this how things used to be?

“St. George, they have a ‘fist.’ You taste something from St. George… you get the soul of the person making it.”

AR: It used to be all regional beers, more like the British model where your town had a beer. Then that went away, and things turned into the Anheuser-Busch’s of the world. Then, 20 years ago, when that got sort of reified, you could go anywhere and get the local. It’s not always great, but it is always interesting. Now you can do the same thing with a distilled spirit.

MJ: One distillery featured prominently in the book is St. George Spirits in Alameda, California. What makes it special?

AR: A couple reasons. The formal one is that Jörg Rupf founded it as one of the first small distilleries in the country. At places like St. George and Clear Creek in Portland and Germain-Robin [in Ukiah, California], people were trying to create or re-create versions of what they saw in Europe in a small scale distillery. Clear Creek is the only place I’ve ever been where the distiller, Steve McCarthy [since retired], kept a cabinet of all of his influence distillates. He was like, “This is what I’m trying to recapture.” They wanted to make something and they had a drive for it, and it took 20 years for others to catch up. There were no academic programs in the United States to teach people how to do it. You had to do it at home, and it was illegal. You could get into microbrewing and become a brewer, but becoming a home distiller was a lot harder.

From the early days of the telegraph, to be a telegrapher was a job, and there weren’t many of those folks. They could recognize each other’s style by their dots and dashes. They called that the “fist.” St. George, they have a fist. You taste something from St. George, even across categories—the gin, the whisky—it tastes like something from St. George. It’s the same as going to a great bar: You get the soul of the person making it.

MJ: Is this craft distillery renaissance going to continue?

AR: Probably the laws have to change. I suspect states are going to realize there’s money to be made, and they’ll start to change those laws so people can distil to sell. It happened with wine, it happened with beer.

MJ: Speaking of regions and laws, when the EU says champagne has to come from Champagne, or we say bourbon is only bourbon when it comes from Kentucky, is that bullshit, or does it actually matter where you make a beverage?

AR: The appellation controls are interesting because they create artificial scarcity, which can be good—a certain sociological terroir. Could you make this somewhere else? Yeah. But it’s real in some metaphysical sense if it’s made in a certain way and it comes from a place. I’m half into that.

There are stylistic things. In Champagne, the method you have to use has some quirks that are different than if you were making big, industrial sparkling wine. But I love prosecco. You can like these things in different ways.

Tequila is a controlled beverage [made in Mexico’s Jalisco state]. I would say that’s a category of spirit that’s trying to make itself into something a little high-end, saying, “Here’s the distillery that made us, here’s the style.” It’s the same thing that single-malt whisky did. But if you don’t get it from that region, you’re getting a muscat, or a pechugo, or some weird agave distillate. They can be delicious and super strange.

You know what’s a great bourbon? Wild Turkey. Those guys make an ocean every year. It’s an industrial chemical processing plant designed to turn corn and other grain into brown liquid with alcohol in it. It’s delicious.

A fernet is an amaro, an herbal digestif. The only place anyone drinks these things is in San Francisco and Argentina. But Leopold Brothers in Colorado makes a fernet, and it doesn’t take like the Eastern European fernet or other fernets. It tastes like his, but it tastes like fernet. That’s just a guy who was interested in making some.

Another example is single-malt whiskeys out of Japan. A few years ago I went to a whisky store in San Francisco, and I was bemoaning the fact that I didn’t have $150 to spend on a bottle. We looked at the Yamazaki 18-year-old. I said, “You know, it’s delicious, but it feels very precise. I know that sounds racist, but it feels like it hits every note you would want out of a whisky, but it’s actually composed to 105 percent.” And the guy who worked there, who was in a kilt because it’s that kind of store, looks at me and says, “You’re crazy. It’s delicious.”

MJ: In the book, you write about the first known example of an intentionally fermented substance. It was found in Jiahu, China, in a clay pot, and dated to 100 AD.

AR: There’s something about when humanity goes from hoping they get lucky in finding something fermented to doing it on purpose. They don’t understand what they’ve done until the late 1800s, but they know if they combine things in a certain way, they’ll get something magic. They know it makes them feel good. They don’t know why. It’s a moment when humanity goes, “Wait one goddamn minute. There’s a way we can do this that it doesn’t work, and there’s a way we can do it where it does, so how does that work?” And as soon as you’re asking yourself that, you’ve become a scientist. That’s what happened in Jiahu.

This is sort of the thesis of the book, that our relationship with alcohol is a hologram for how human beings relate to the natural world. When you get to that level of brown liquor—an age distillate of a fermented thing, grain that we learned how to plant and make grow—it is in some ways the best expression of what humans are able to do. Nobody else can make that! [Takes a sip.] And it’s delicious.