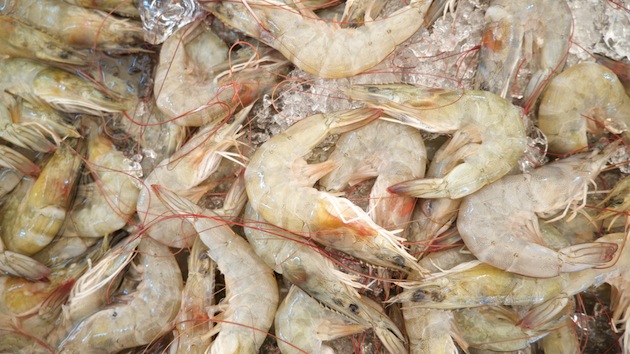 Shrimp is America’s favorite seafood—we eat more of it than any other kind, by a wide margin. And the tasty crustacean still (more or less) thrives near our ample shores—from the Pacific Northwest to the Gulf to the Carolinas. That’s why it’s deeply weird that 90 percent of the shrimp we eat comes from often-fetid farms in Southeast Asia, which tend to snuff out productive mangrove ecosystems and have a sketchy labor record. But it gets worse. Even when we do try to choose wild-caught US shrimp, we’re often fooled. That’s the message of a new report by the ocean-conservation group Oceana.

In New York City, 43 percent of the wild shrimp samples proved to be misleadingly labeled.

The researchers sampled 143 shrimp products from 111 grocery stores and restaurants in Portland, Ore., New York City, Washington D.C., and along the Gulf of Mexico, and subjected them to DNA testing. Result: 30 percent of them were misrepresented on labels.

They found the most deception in New York City, where 43 percent of the samples from supermarkets and restaurants proved to be misleadingly labeled. Of those, more than half were “farmed whiteleg shrimp disguised as wild-caught shrimp.” Oof. D.C. shrimp eaters have also have cause for doubt about what’s being served them: Supermarkets there showed better than in ones in New York, but nearly half of shrimp samples from D.C. restaurants turned up mislabeled.

Even in the Gulf, still the site of a robust shrimp fishery despite the occasional cataclysmic oil spill and vast annual dead zones from agricultural runoff, the researchers found that “over one-third of the products labeled as ‘Gulf’ shrimp were farmed.” On the other hand, “nearly two-thirds of the samples simply labeled as ‘shrimp’ were actually wild-caught Gulf shrimp,” the report states, “possibly a missed marketing opportunity for promoting domestically caught seafood.”

This overriding lack of transparency does more than lull us into accepting an inferior product. As Paul Greenberg argues in his brilliant 2014 book American Catch, it also makes our coastal areas—home to 40 percent of the US population—vulnerable to climate change.

That’s because treating treasures like the Gulf of Mexico shrimp fishery as an afterthought allows us to disregard the ecosystems that make them possible: the region’s wetlands, which are vanishing at the rate of one football field-sized chunk per hour, largely under pressure from the oil industry. These coastal landscapes don’t just provide nurseries for shrimp and other seafood; they also provide critical buffers against the increasingly violent storms and rising sea levels promised (and already being triggered) by a changing climate. Greenberg argues that a revival of interest in US-caught shrimp could rally support for wetland restoration, “conjoining of the interests of seafood and the interests of humans.”