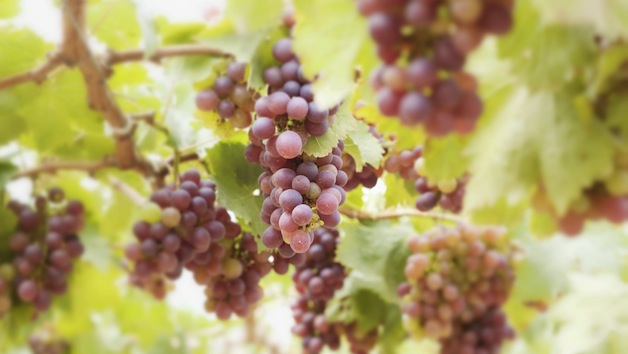 I recently wrote a piece about growing interest in California farmland by massive investment funds. But almonds and other tree nuts, the main focus of my article, aren’t the only commodities drawing interest from the smart-money crowd. From what I can tell, a successful California farmland investment requires these two conditions: 1) a sought-after commodity, preferably one with a booming export market; and 2) access to water for irrigation—increasingly important as California’s drought lurches on.

Soon after the Harvard fund got its pumping permits, the county banned new pumping from part of the basin.

Harvard University’s famed $36 billion endowment fund, the biggest of any US university, has alighted upon just such a sweet spot in California’s coastal Paso Robles wine region, north of Los Angeles. Reuters reports that the Harvard fund “has spent more than $60 million to purchase about 10,000 acres in Santa Barbara and San Luis Obispo counties since 2012, making it one of the top 20 growers in Paso Robles.”

The move would seem to meet my two conditions swimmingly. US wine exports (90 percent of which originate in California), are booming, up 16.4 percent in 2013, the most recent year with numbers. And as with almonds, US wine exports to China have been surging for years, as this chart I assembled last year with colleagues Jaeah Lee and Alex Park shows. And wines from grapes grown in Paso Robles should have no trouble finding buyers—Wine Enthusiast deemed Paso Robles the 2013 “Wine Region of the Year,” and rival Wine Spectator has declared that it’s “emerging as most dynamic [wine region] in California.”

As for water, while making its land buys, Harvard’s investment company “acquired rights to drill 16 water wells of between 700 and 900 feet deep, two or three times deeper than the average residential well, according to county records,” Reuters reports. ‘Deeper wells will continue to give them access to water as shallower wells run dry.”

Obtaining those permits turned out to be a great move. Reuters reports that the fund acquired rights to drill seven of those wells on August 21, 2013, while “local lawmakers were trying to figure out how to deal with the worsening water shortage” in the region. Soon after the Harvard fund got its pumping permits, the county placed a “ban on new pumping from the hardest-hit part of the basin,” Reuters reports.

Reuters adds that “no environmental advocacy group has accused Brodiaea [a Harvard-owned investment firm] of trying to profit from the drought.”

In an item last year, the veteran analyst Michael Fritz of the Farmland Investor Center noted the timing of Harvard’s move:

Some market observers have wondered if Brodiaea was a well-timed water play in light of the region’s worsening groundwater shortage. Last August, the San Luis Obispo County Board of Supervisors adopted an “urgency” ordinance that prohibits any new development or new irrigated crop production unless the water it uses is offset by an equal amount of conservation. Water levels in the Paso Robles Groundwater Basin have fallen sharply in recent years—two to six feet a year in some areas—causing wells to go dry and forcing many vineyards and rural residents to drill deeper wells, according to local accounts.

Fritz adds that a local investor involved with managing the Harvard wine project told him that “the timing of Brodiaea’s irrigated land purchases in San Luis Obispo County and the subsequent moratorium on new irrigation development was ‘pure coincidence.’”