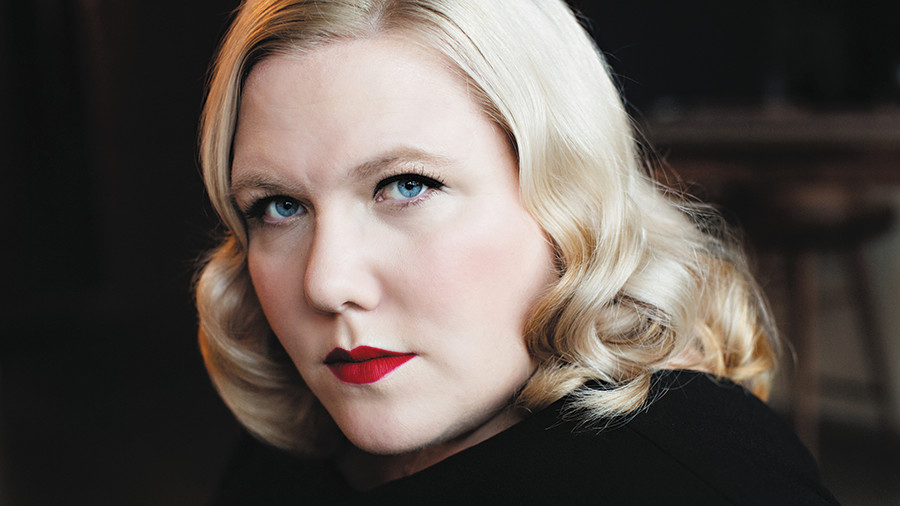 You’d be hard-pressed to find an author more influential on the subject of body politics than Lindy West. Her 2016 book, Shrill, is a refreshing antidote to the pressures from female-targeted media to fit a societal mold—and a certain dress size. I interviewed West for Mother Jones last year, and I recently followed up with her to talk about fat-shaming for a recent episode of Bite, MoJo‘s food politics podcast. You can listen to our full conversation by playing the episode below.

Fat shaming probably brings to mind little kids teasing each other on the playground. But it is felt in subtler ways, too, West explained. Because of her body type and gender, “Growing up, I definitely was very aware of what I was eating at all times,” West said. She felt that a lot of people were “making judgment calls about who I was as a person because of what I was eating.” We talked more about coping with bullying, dining as a woman, and moving beyond body image.

Mother Jones: When did you first encounter fat shaming?

Lindy West: I do remember realizing at a certain point in elementary school that I was too big for a girl. I remember at a birthday party someone deciding that we should separate into two groups: People who were over 100 pounds and people who were under 100 pounds—and I remember knowing that I was in the wrong group. I felt outside of my gender, not in a gender dysphoria kind of way, but like my gender had specific jobs that we were supposed to do. Girls were supposed to be small and pretty and desirable and I was very aware that I had failed at those things and I didn’t understand how to fix that.

MJ: Do you feel like those experiences affected your relationship with food?

LW: Probably. I wish I had gone to therapy or something, so I had a great answer for you. I don’t totally know. Of course, I love food. We need it to live and it’s delicious. And our culture’s obsessed with food. The idea that only fat people are obsessed with food is bizarre.

“The idea that only fat people are obsessed with food is bizarre.”

Growing up, I definitely was very aware of what I was eating at all times, whether or not people were watching me eat, knowing that they were, and making judgement calls about who I was as a person because of what I was eating—all these sorts of feelings of surveillance that women live with.  At a certain point in my 20s I was like, ‘Eh, I don’t want to do this anymore. I don’t want to feel guilty for nourishing my body and fueling my body to go live my life and carry me around.’ So, I stopped.

MJ: How do you get to the point of not caring?

LW: It’s definitely still hard, you have good days and bad days. Sometimes I’ll have an insecure day and I’ll ostentatiously buy two bananas when what I want to buy is a cookie, you know what I mean? I’ll get the cookie, but I’ll also get the bananas so at least they’ll know that I don’t only eat cookies. People constantly assume that I only eat cookies. I’m constantly told that clearly I just sit in a pile of cheeseburgers all day. And that does get into your head. I have to prove to people that I’m a normal human being who eats a wide variety of foodstuffs. Sometimes I am weak and I don’t have it in me.

But I think it’s largely a product of getting older. I’m 35. I’m married and I’m successful. I have a good, cool life. Who am I trying to impress? The person behind me in line at the coffee shop? Who is that? I don’t care. After a lifetime of apologizing for my body, over which I had a questionable amount of control, this has just always been my body. You don’t get to decide what other people’s priorities are. I guess if I wanted to I could eat 800 calories a day, and just eat six almonds and 47 apples and whatever, and one slice of turkey deli meat or whatever is the fashionable nutritional breakdown right now, and have a different body, maybe.

I have a career and a family and kids and friends and I want to be happy. I don’t know, I just have other things on my plate. No pun intended.

Bite is Mother Jones’ food politics podcast. Listen to all our episodes here, or by subscribing in iTunes or Stitcher or via RSS.