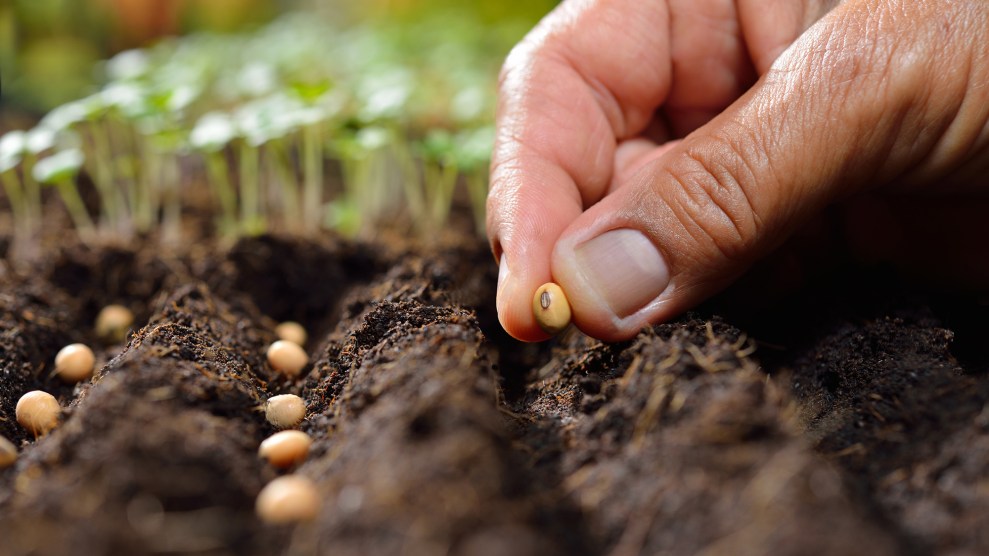 With little notice, more than two dozen state legislatures have passed “seed-preemption laws” designed to block counties and cities from adopting their own rules on the use of seeds, including bans on GMOs. Opponents say that there’s nothing more fundamental than a seed, and that now, in many parts of the country, decisions about what can be grown have been taken out of local control and put solely in the hands of the state.

“This bill should be viewed for what it is — a gag order on public debate,” says Kristina Hubbard, director of advocacy and communications at the Organic Seed Alliance, a national advocacy group, and a resident of Montana, which along with Texas passed a seed-preemption bill this year. “This thinly disguised attack on local democracy can be easily traced to out-of-state, corporate interests that want to quash local autonomy.”

Seed-preemption laws are part of a spate of legislative initiatives by industrial agriculture, including ag-gag laws passed in several states that legally prohibit outsiders from photographing farms, and “right-to-farm” laws that make it easier to snuff out complaints about animal welfare. The seed laws, critics say, are a related thrust meant to protect the interests of agro-chemical companies.

Nearly every seed-preemption law in the country borrows language from a 2013 model bill drafted by the American Legislative Exchange Council (ALEC). The council is “a pay-to-play operation where corporations buy a seat and a vote on ‘task forces’ to advance their legislative wish lists,” essentially “voting as equals” with state legislators on bills, according to The Center for Media and Democracy. ALEC’s corporate members include the Koch brothers as well as some of the largest seed-chemical companies — Monsanto, Bayer, and DuPont — which want to make sure GMO bans, like those enacted in Jackson County, Oregon, and Boulder County, Colorado, don’t become a trend.

“This bill should be viewed for what it is — a gag order on public debate,” says one critic of seed-preemption laws.

Seed-preemption laws have been adopted in 29 states, including Oregon — one of the world’s top five seed-producing regions — California, Iowa, and Colorado. In Oregon, the bill was greenlighted in 2014 after Monsanto and Syngenta spent nearly $500,000 fighting a GMO ban in Jackson County. Monsanto, Dow AgroSciences, and Syngenta also spent more than $6.9 million opposing anti-GMO rules in three Hawaiian counties, and thousands more in campaign donations. (These companies are also involved in mergers that, if approved, would create three seed-agrochemical giants.)

Montana and Texas were the latest states to join the seed-preemption club. Farming is the largest industry in Montana, and Texas is the third-largest agricultural state in terms of production, behind California and Iowa.

Language in the Texas version of the bill preempts not only local laws that affect seeds but also local laws that deal with “cultivating plants grown from seed.” In theory, that could extend to almost anything: what kinds of manure or fertilizer can be used, or whether a county can limit irrigation during a drought, says Judith McGeary, executive director of the Farm and Ranch Freedom Alliance. Along with other activists, her organization was able to force an amendment to the Texas bill guaranteeing the right to impose local water restrictions. Still, the law’s wording remains uncomfortably open to interpretation, she says.

In both Montana and Texas, the laws passed with support from the state chapter of the Farm Bureau Federation — the nation’s largest farm-lobbying group — and other major ag groups, including the Montana Stockgrowers Association and the Texas Seed Trade Alliance. In Texas, DuPont and Dow Chemical also joined the fight, publicly registering their support for the bill.

Echoing President Trump’s anti-regulatory rhetoric, preemption proponents argue that, fundamentally, seed-preemption laws are about cutting the red tape from around farmers’ throats. Supporters also contend that counties and cities don’t have the expertise or the resources to make sound scientific decisions about the safety or quality of seeds.

“We don’t believe the locals have the science that the state of Texas has,” said Jim Reaves, legislative director of the Texas Farm Bureau. “So we think it’s better held in the state’s hands. It will basically tell cities that if you have a problem with a certain seed, the state can ban it, but you can’t.”

Other preemption proponents claim that local seed rules would simply get too complicated, forcing growers to navigate conflicting laws in different counties. “Many of us farm fields in more than one county,” said Don Steinbeisser Jr., a Sidney, Montana, farmer who testified in support of his state’s bill at a legislative hearing this spring. “Having different rules in each county would make management a nightmare and add costs to the crops that we simply do not need and cannot afford.”

But critics of preemption laws, including farmers (organic and conventional) and some independent seed companies, are afraid of losing their legislative rights. They claim something far more serious than a single farmer’s crop is at stake.

“There is no looming threat that warrants forfeiting the independence of local agricultural communities in the form of sweeping language that eliminates all local authority governing one of our most valuable national resources,” says Hubbard of the Organic Seed Alliance.

Organic farmers can lose their crop if it becomes contaminated with genetically modified material. Even conventional farmers who rely on exports to Asia, where GMOs are banned by some countries, face risks from contamination. There are currently no plans to push for a GMO ban anywhere in Texas or Montana, and neither state requires companies to disclose the use of GMOs. (In Montana, at least, Gov. Steve Bullock, a Democrat, added an amendment to the preemption bill when he signed it, preserving the right of local governments to require that farmers notify their neighbors if they’re planting GMO seeds.) Yet critics of the preemption laws fear that they tie the hands of local governments, which will make it harder for communities to respond to problems in the future. 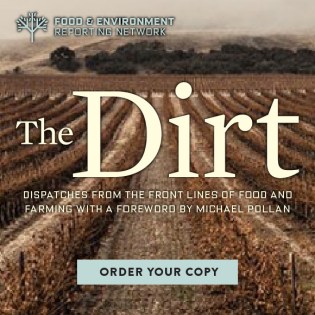 Still, the fight isn’t just about GMOs, says Judith McGeary, noting that seeds coated with neonicotinoids — a class of pesticides linked to colony collapse disorder in bees — are also at issue. Under the Texas bill, a local government can’t ban neonic seeds in order to protect pollinator insects, and in the current political climate, it’s hard to imagine that such a ban would happen on the state level.

“We have an extremely large state with an incredible diversity of agricultural practices and ecological conditions, and you’ve now hobbled any ability to address a problem that’s found in one local area,” says McGeary. “Until it’s a big enough issue for a state of 23 million to pay attention to through the state legislature, nothing is going to happen,” she says.