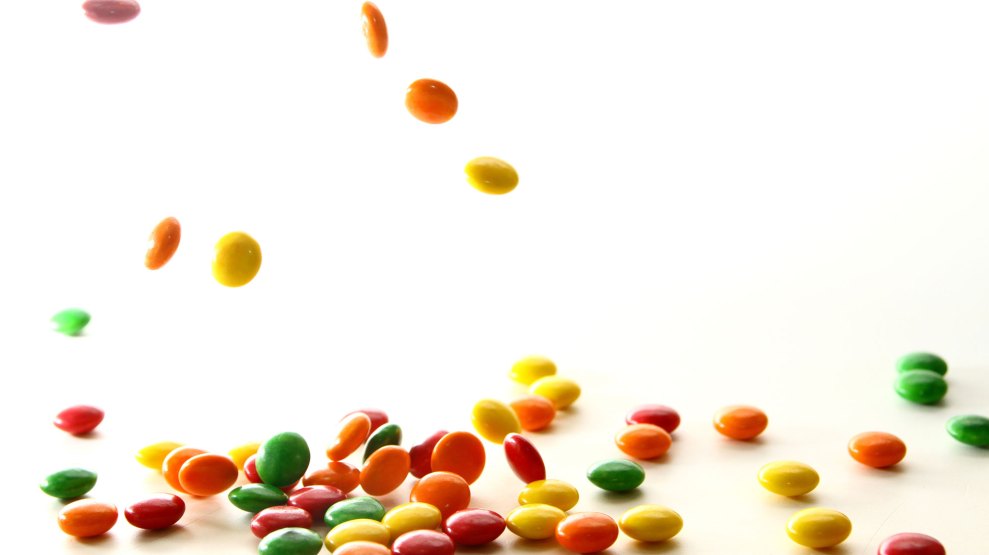 Comedian W. Kamau Bell showed up at a Ku Klux Klan rally in Kentucky in 2014 fully expecting to face steely stares and racist comments. (Bell is African American.) He was there to film an episode of his CNN TV show, United Shades of America, but even so, “I had been worried that some of the guys there would really not be okay I was there,” he writes in his 2017 memoir, The Awkward Thoughts of W. Kamau Bell, “and that someone was going to run up and attack me.” But when one of the masked Klansmen did approach Bell, it was to hand him iced tea and Skittles—the snacks Trayvon Martin purchased the night he was killed by George Zimmerman in 2012.

“In that moment, I knew they were trying to get me, they wanted to see if I would crack,” Bell told us on our most recent episode of Bite podcast. Bell told a joke instead, and watched the “phalanx of Klan members” laugh nervously. “Comedy is a way to stop the bigger guy from hurting you,” Bell says. “If you laugh, I have power over you in that moment.”

It wasn’t the first time Skittles inadvertently played a role in racial controversies. Last September, Donald Trump Jr. tweeted a campaign poster for his father that compared Syrian refugee children to the rainbow-colored candy. Trump Jr. has since taken the image on his own tweet down, but you can see it in Wired editor Nicholas Thompson’s disgusted reaction, below:

I still can't get over this. The racism; the logic problems; the grammar. pic.twitter.com/nr3ZN6EZHG

Trump Jr.’s tweet wasn’t just offensive—he also had his math wrong, argued Washington Post reporter Greg Sargent who posted a video debunking the claim. Data suggests that the “risk of a refugee killing an American in a terrorist attack is 1 in 3.64 billion,” Sargent reported. “Refugees aren’t candy in a bowl, of course—they’re people fleeing war, forced from their homes, trying to save their kids,” he added, akin to Skittles’ maker Mars Inc.’s retort to the offending tweet:

Then, in June, Skittles decided to sell all-white packets of its candy in Europe in support of LGBTQ rights: “During Pride, only one rainbow matters. So we’ve given up ours to show support,” the special edition’s packaging read. But the campaign seemed to have missed the mark—some people saw it as supporting white people, rather than the queer community.

Skittles exec: What do you think of when you think of pride?
Other Exec: All-white
Skittles: Skittles All White Pride, what could go wrong?

On Bite, Bell talks more about how food can become a cultural symbol, racist or otherwise. He also reveals the key to the most savory gumbo, and who would land an invite to his fantasy dinner party in this trying time in American history.

Bite is Mother Jones’ podcast for people who think hard about their food. Listen to all our episodes here, or subscribe in iTunes or Stitcher or via RSS.