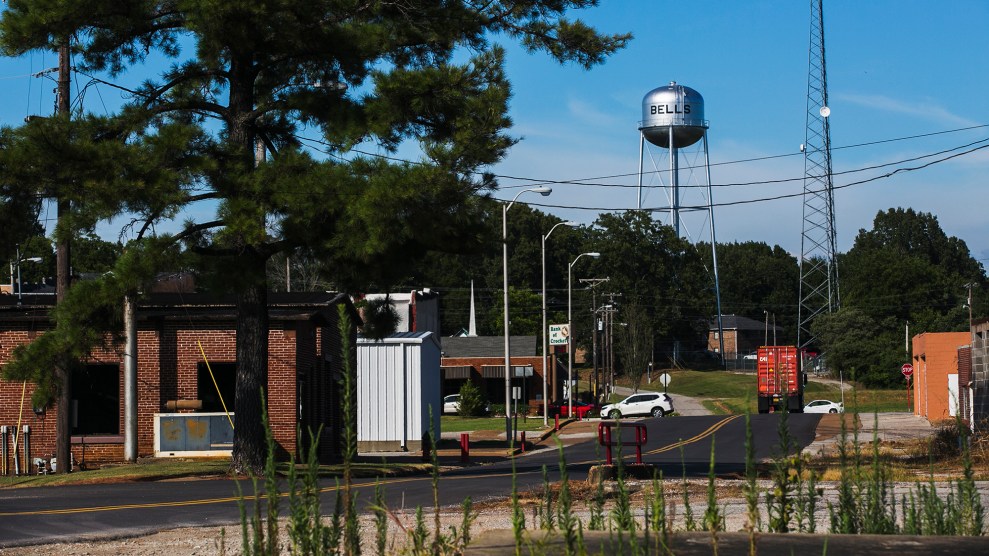 Last month, I wrote about how people of color in my rural Tennessee hometown are faring amid a political landscape that has largely focused on white people—the white working class, the rise of white supremacy, Trump’s largely white base. One former classmate I talked to, Elena Garcia, is the beneficiary an Obama-era policy called Deferred Action for Childhood Arrivals that granted a renewable two-year work permit to some young undocumented immigrants. Her parents, however, still don’t have papers:

Garcia’s parents are undocumented, and she wrestles with the fear they will be deported. If that were to happen, Garcia could not travel to see them—DACA does not allow for travel outside the United States. She’s not eligible for a passport.

“We haven’t been [to Mexico] in years and I don’t know what my parents would do there with people they don’t know anymore,” she said. “Me being such an attached person to my family, girl, I would cry rivers.”

Then, not long after my story was published, Attorney General Jeff Sessions announced that President Trump would officially rescind DACA. So I called Garcia (whose name I’ve changed to protect her privacy) to hear how she’s been dealing with the news. You can hear part of my conversation with her in this week’s episode of Bite podcast:

“The only thing we know is what we heard on Tuesday, that we’ve got six months, and whenever these six months end, I don’t know,” she told me. “We’re just praying to see what’s going to happen, because we have no idea.”

She has felt that way before. In 2009, when we graduated high school, I remember chatting with my classmates about our new paths forward—into new schools and new jobs. But Garcia remained quiet and vague about her future plans.

“I never felt any different from anyone from here,” Garcia remembers. “But when we graduated…that’s when it all hit that I couldn’t do the same thing as all of y’all—I had no social [security number], I wasn’t legal, so I was limited.”

Without a social security number, Garcia also couldn’t get a driver’s license, so she missed out on another high school milestone.

In 2012, President Obama announced DACA, which recognized Garcia, who came to America when she was nine, as a person who had a right to work and reside in the country she knew as home. The day she got her permit—after paying the $500 fee—”felt like freedom,” she told me.

Fast forward to a few weeks ago, when, just after Labor Day, Jeff Sessions announced the end of DACA. Garcia was devastated. She has a driver’s license and a stable job in quality control at a local frozen vegetable factory. (The food sector employs more DACA recipients than any other industry.) She’s working hard to save money for college, pulling five or six 10.5-hour shifts each week at $11.30 per hour.

Right after Sessions’ announcement, she was processing the news with a coworker, when some non-Hispanic coworkers interrupted with familiar comments. They accused DACA recipients of unfairly taking resources—like food stamps and college tuition discounts—away from American citizens.

“Even after all this time…people still think that we’re taking stuff from them,” she says.

Garcia and her coworker explained that this couldn’t be further from the truth. If they do choose to go to college, they’ll have to pay it all out of pocket at out-of-state costs. Each time they renew their permits, every two years, it costs $500. They’re not eligible for food stamps unless they have a child. They pay taxes, just like everyone else—in fact, on average, they pay more in taxes over their lifetimes than they receive in benefits.

Just days before the official announcement that DACA would be discontinued, Garcia’s aunt was granted residency. Her family went from full celebration mode to watching the news in tears.