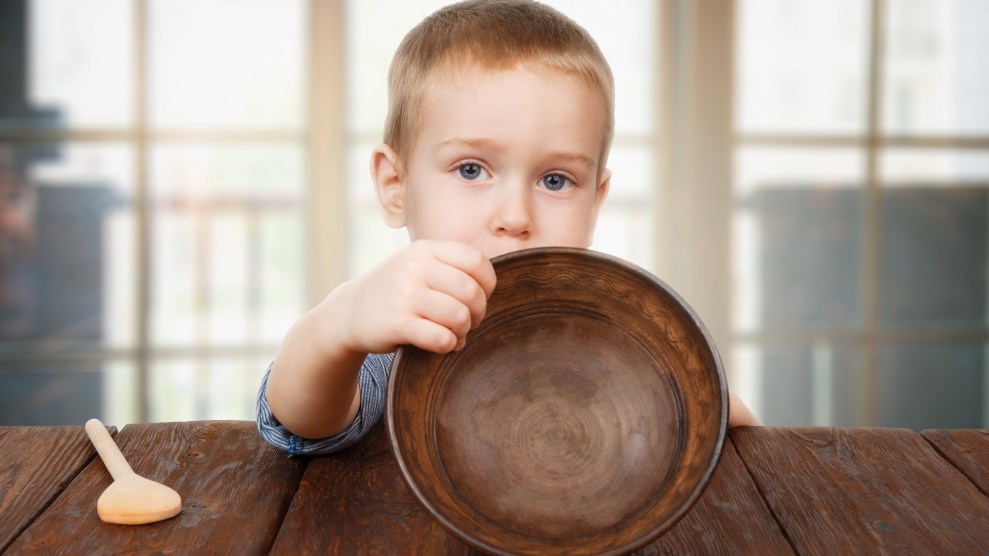 The Trump administration appears to be taking aim at a food aid program that helps keep one in four US children and millions of disabled people adequately fed. The Supplemental Nutrition Assistance Program (SNAP), formerly known as the Food Stamp Program, has been in President Donald Trump’s crosshairs since May, when his administration released a budget proposal calling for a 25 percent spending cut.

In a press release on Tuesday, the US Department of Agriculture—which oversees federal food-aid programs—sent out some ominous signals about its plans for SNAP. The agency promised “increased cooperation with states” to “promote self-sufficiency, integrity in the program, and better customer service.” The release repeatedly uses the phrase “flexibilities” to describe the coming changes, which it adds will be specified in coming weeks.

While light on detail, the release brims with familiar, um, misunderstandings about food aid. The “self-sufficiency” bit, for example, appears to be code for “get a job, loser.” Here’s the press release:

The American dream has never been to live on government benefits. People who can work, should work. We must facilitate the transition for individuals and families to become independent, specifically by partnering with key stakeholders in the workforce

Rather than serving as a substitute for work, the food stamps program “increasingly serves the working poor,” as the USDA itself noted in a March release. More than half of SNAP families with children include an adult who works, the report states. A 2015 study by the White House Council of Economic Advisers found that among working-age adults receiving SNAP benefits, 57 percent are “either working or are unemployed and looking for work,” and 22 percent are “exempt from work due to disability.”

The USDA’s presser also implies that many people take advantage of food stamps: “We will not tolerate waste, fraud, or abuse from those who seek to undermine our mission or who do not take their responsibility seriously,” it reads, echoing overheated accounts of hustlers getting rich off of SNAP fraud. In reality, SNAP fraud is pretty rare—affecting just 1.5 percent of benefits, according to the USDA.

And then there’s this vague plan to transfer more control over SNAP to the states. Scott Walker, Wisconsin’s Republican governor, recently vowed to advance a plan to subject non-disabled adult SNAP recipients to drug tests—a scheme that the Obama USDA blocked back in 2015. (There’s no evidence that drug abuse is a particular problem among SNAP recipients).

Whether drug testing will emerge as one of the “flexibilities” the USDA has in mind for SNAP administration at the state level remains uncertain. It’s worth noting that the press release reports that the “broad outlines of the coming flexibilities aimed at transitioning people into independence” were revealed by a USDA official at a meeting of a group called the Secretaries’ Innovation Group, an organization of state-level officials devoted to promoting “healthy families, work, economic self-reliance, budget responsibility, and limited government.” The group’s commissioner is Eloise Anderson—who serves in Gov. Walkers’ cabinet as secretary of Wisconsin’s department of children and families.

Meanwhile, Huffington Post’s Arthur Delaney reported Wednesday that House conservatives plan to push hard to downsize SNAP’s budget by 20 percent over the next ten years. They appear to have an ally in the White House. In a speech last week, Trump said that once he and his Congressional allies succeed in slashing taxes, they’ll pivot to “welfare reform”—which seems to be code for SNAP cuts.